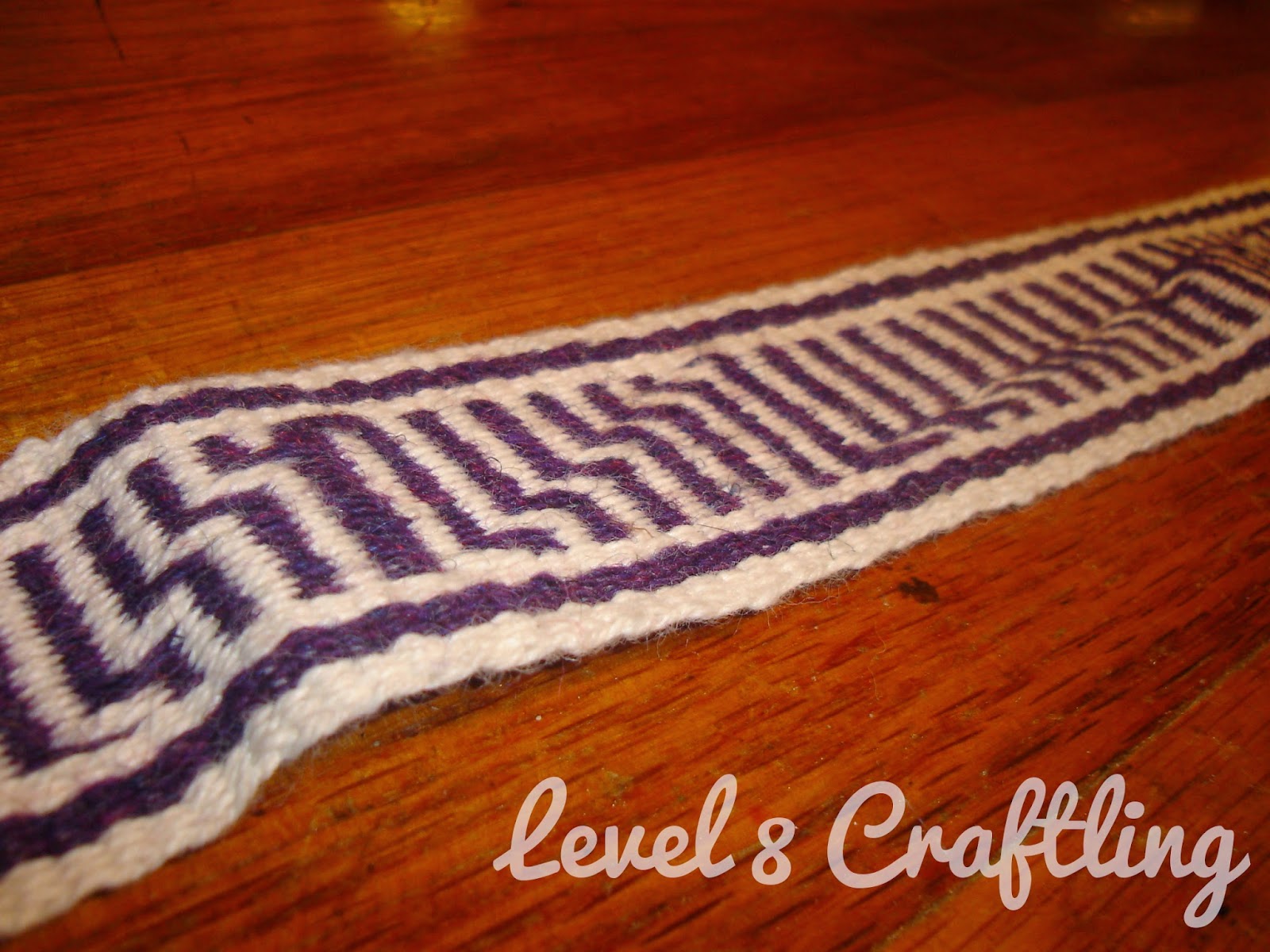 I have shown many examples of my pick-up weaves on this site, but all of them have been in the baltic (basketweave) style.  There are many different kinds of pick-up weaving, though I’ve only tried three of them.  This post is on another version of pick-up inkle weaving: alternating pick-up, which I sometimes just refer to as “stripes pick-up.”

I learned how to do this from the fabulous tutorial, Beginning Alternating Pick Up for Inkle, by Heather Heroldt at Heather’s Pages.  She walks you through every step, from warping the loom to every picked up and dropped stitch, with great charts and pictures. 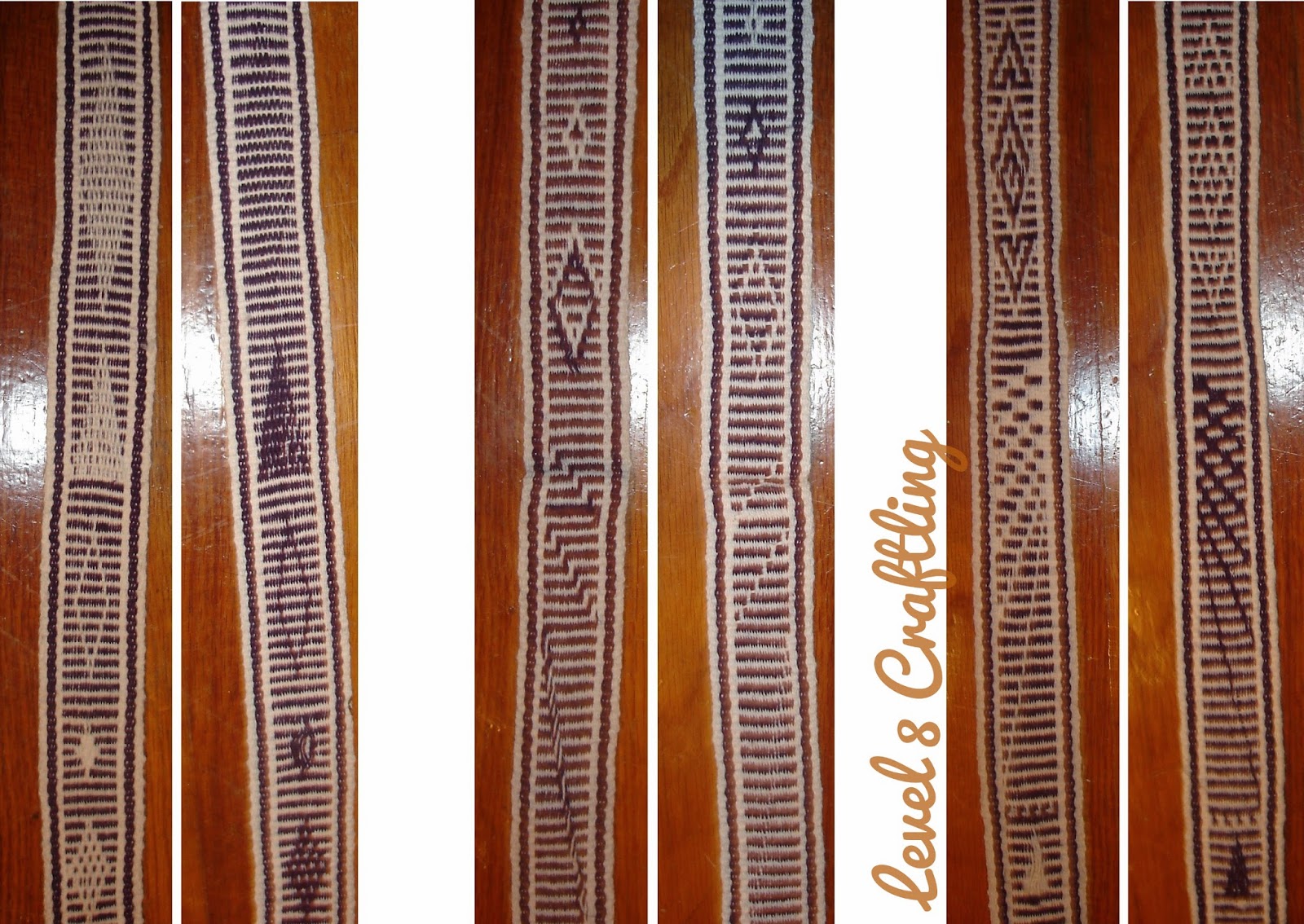 The photo above is of the band of stripes pick-up that I made, largely inspired by Heather’s tutorial.  I have laid out each section of the weave showing you both sides next to each other, so you can see how different it looks on each side.

This is the only alternating pick-up weave I have made.  They look amazing, but my brain doesn’t like picking out the patterns from stripes as much as it does from a checkerboard (as in the baltic method).  To give you more of an idea of what this type of weaving can accomplish, I’m going to link to beautiful weaves others have made!

Here are several from Pandala’s Arts: 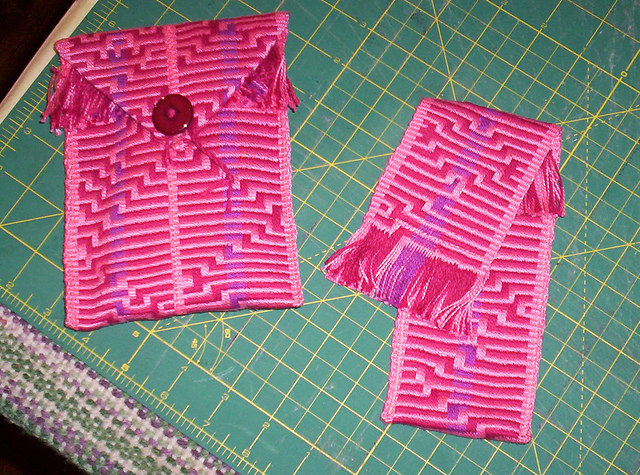 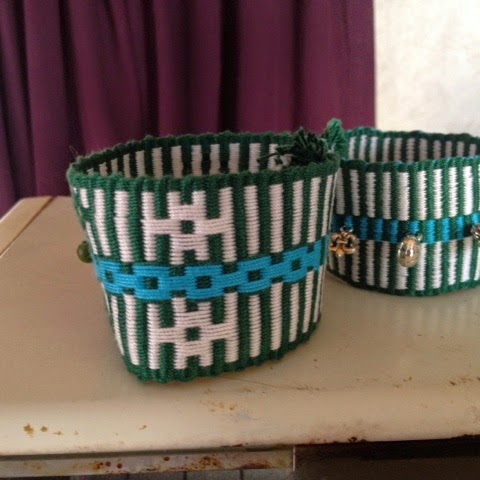 From A Spinner Weaver: 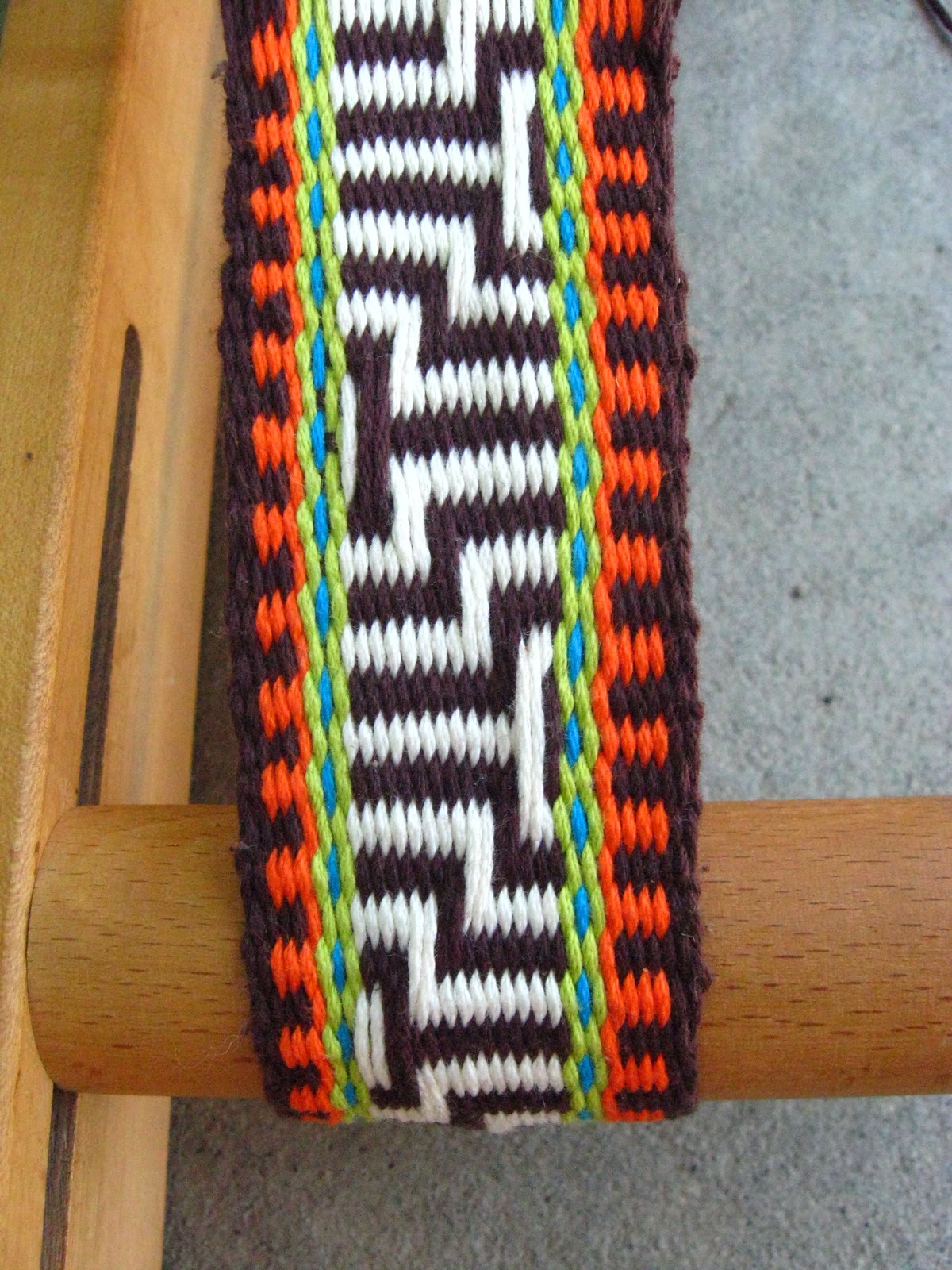 The stripes method of pick-up weaving can be easily adapted to make block letters for writing, or make complicated pictures of animals and more.  It can be very versatile, in the right hands.  🙂  Enjoy playing!

What kinds of weaving are your favorite?  ~Kell