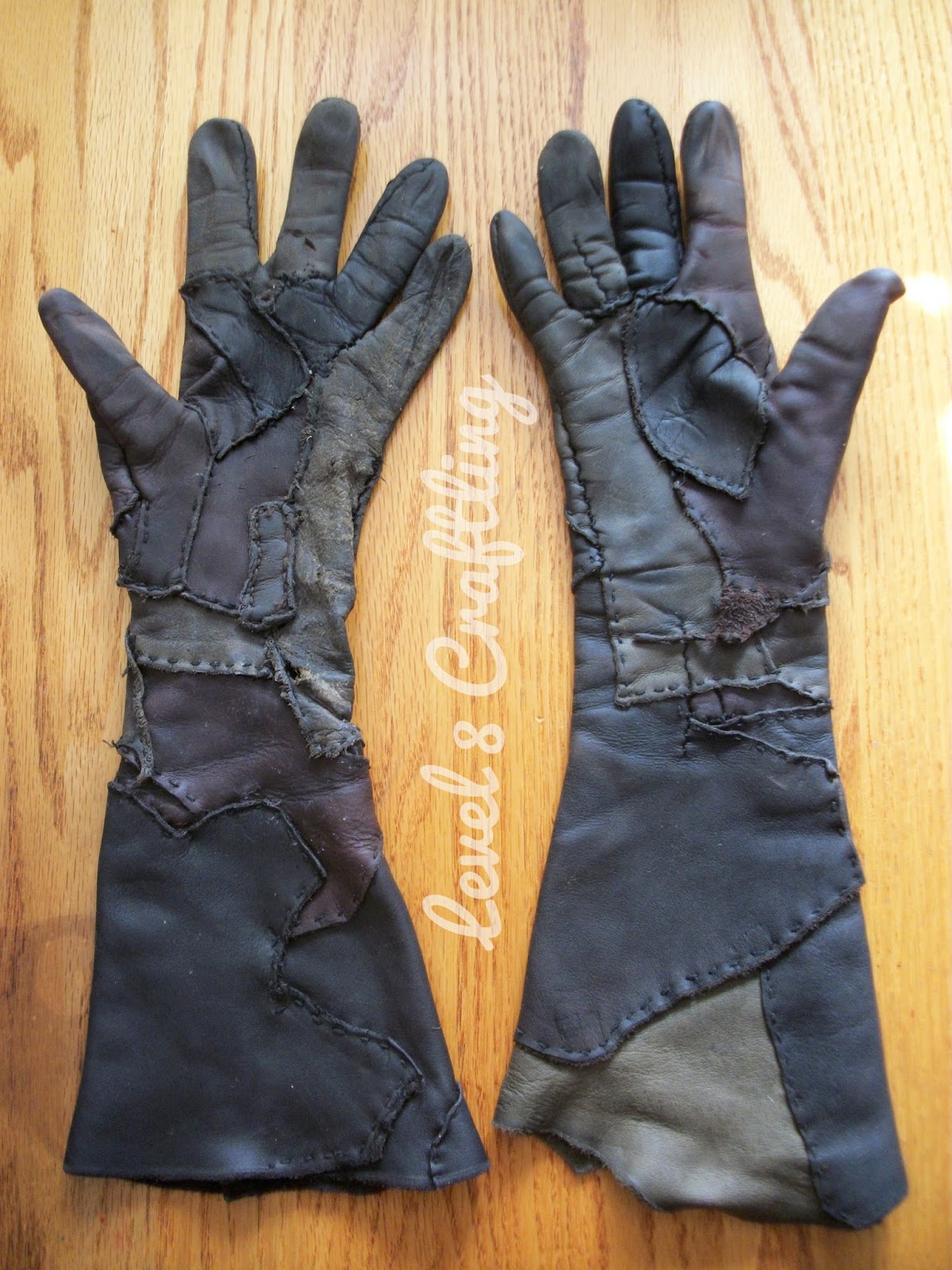 I’ve been using these as my rapier gloves for over four years now.  In fact, these gloves are the very first piece of rapier gear I made.  I didn’t realize that making your own gloves was odd until I showed up with them and everyone started oohing and aahing – it just seemed like a place to start. 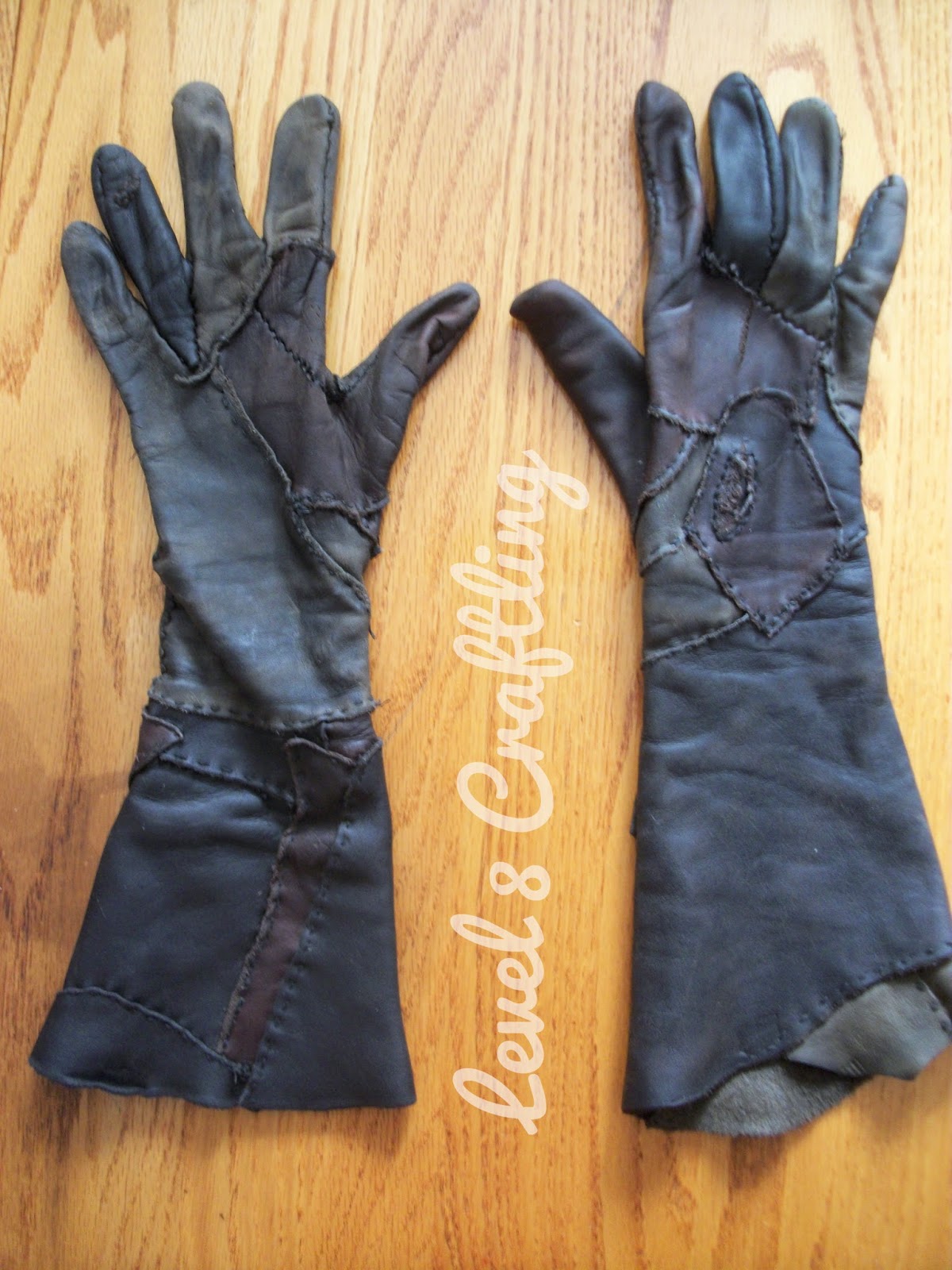 They’ve served me incredibly well these past four years, and they will continue to. 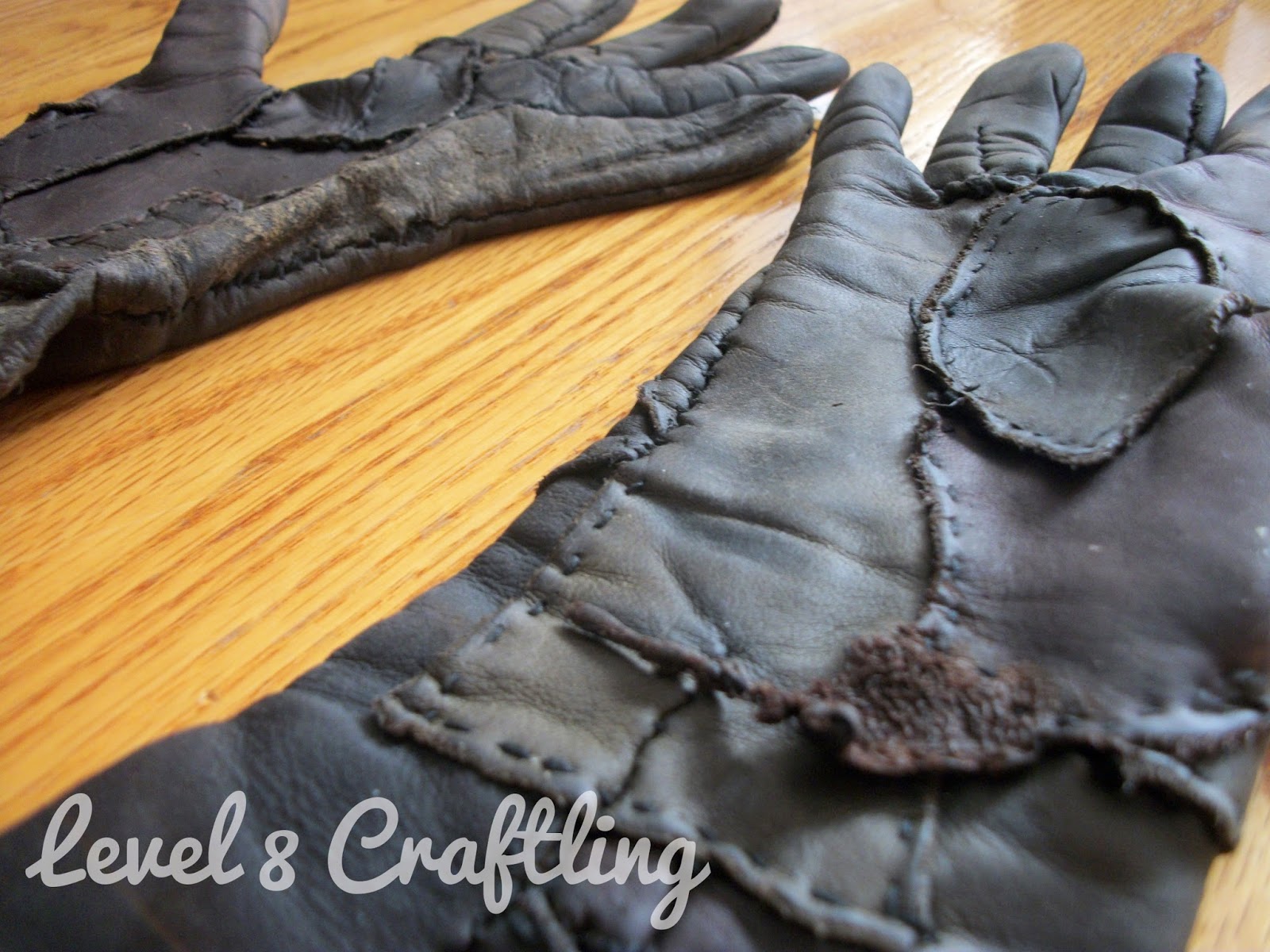 Before they could, though, I had to repair them last week.  Can you tell where I parry blades the most? 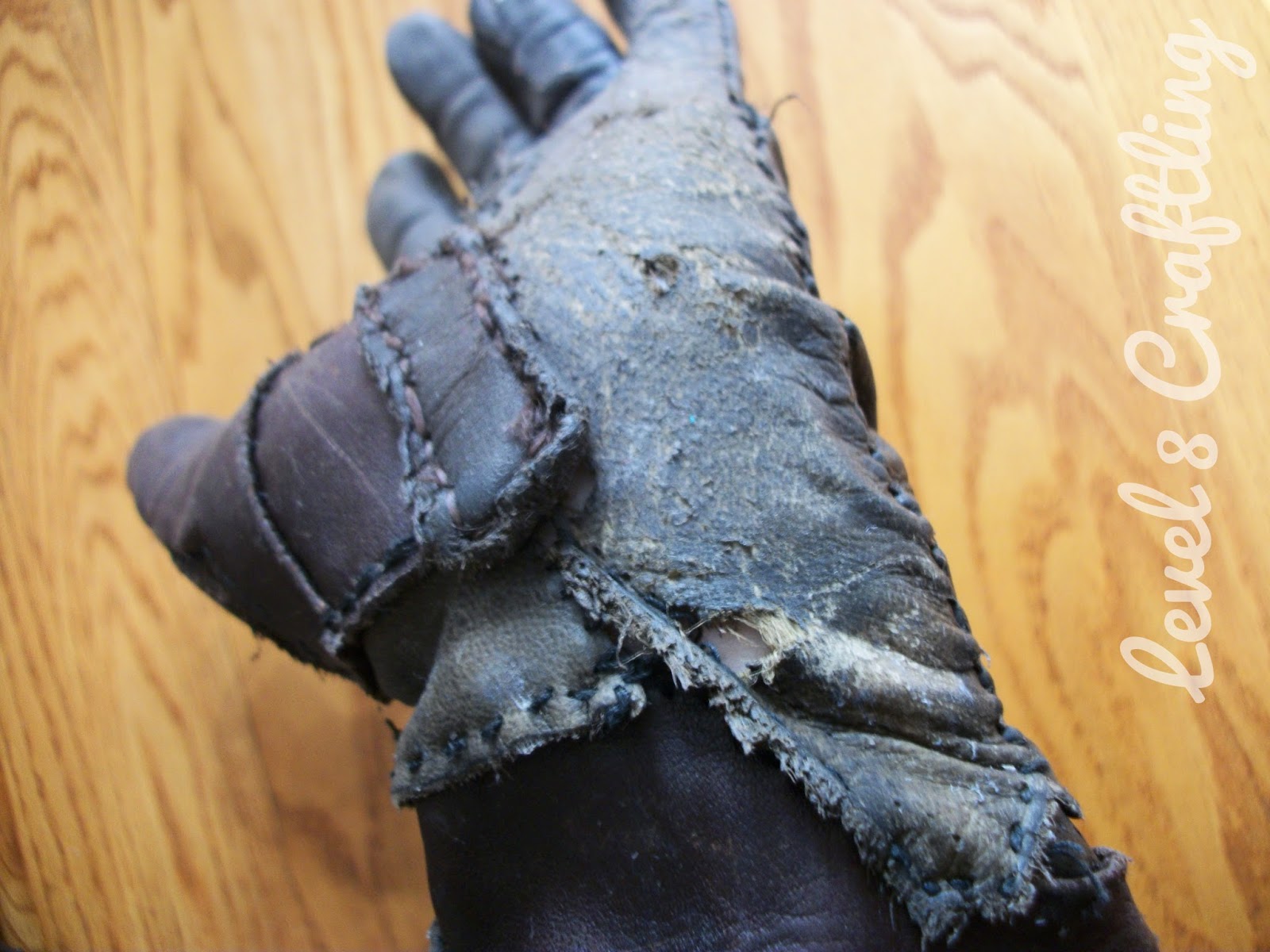 The outer edge of my left palm is covered with cut marks from parrying blades, and those impressions have finally given way to holes. 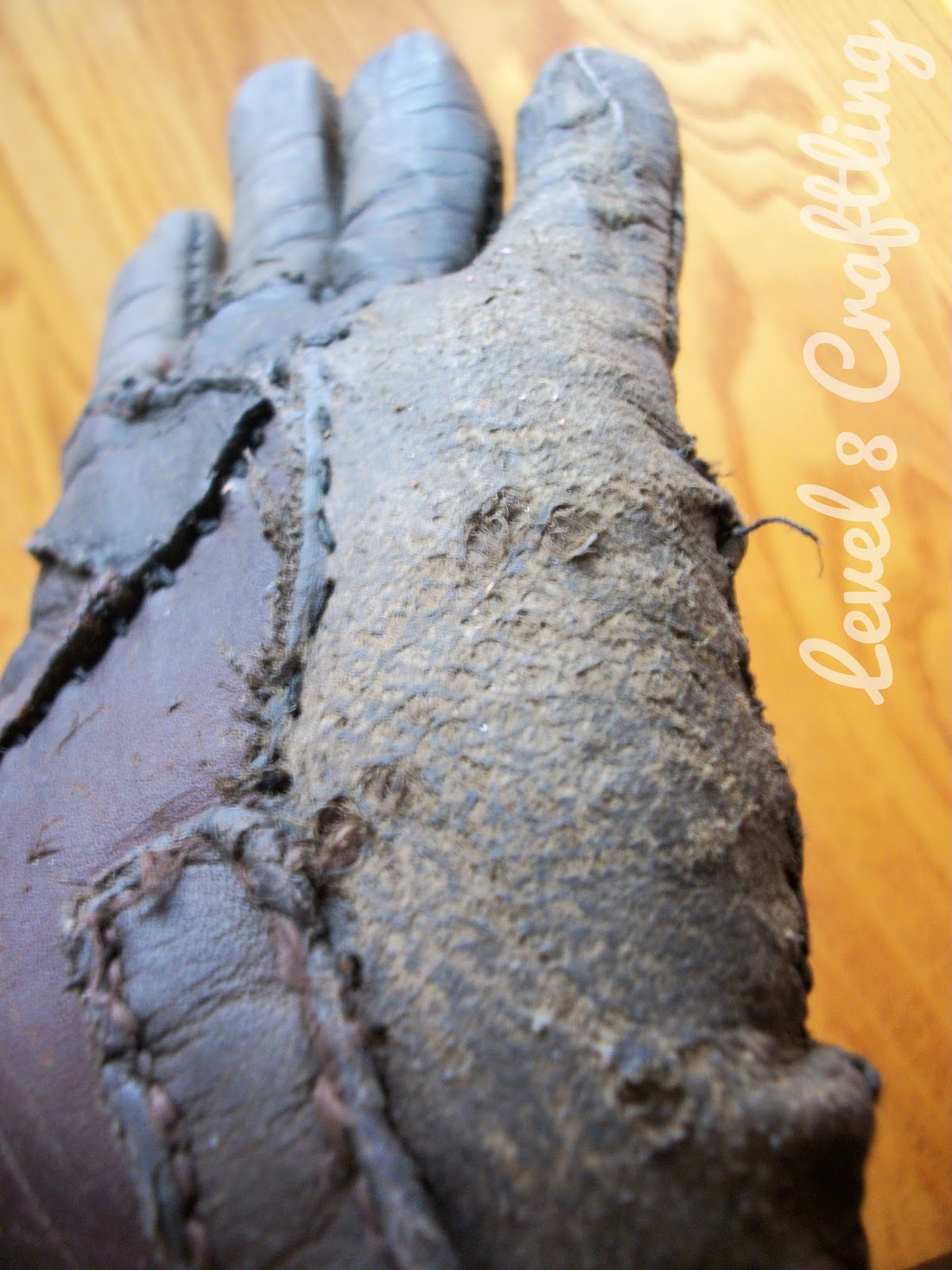 Thankfully, repairing patchwork gloves is a fairly simple, though time consuming, process. 🙂  What do you do when one patch wears out?  Replace is with a new one! 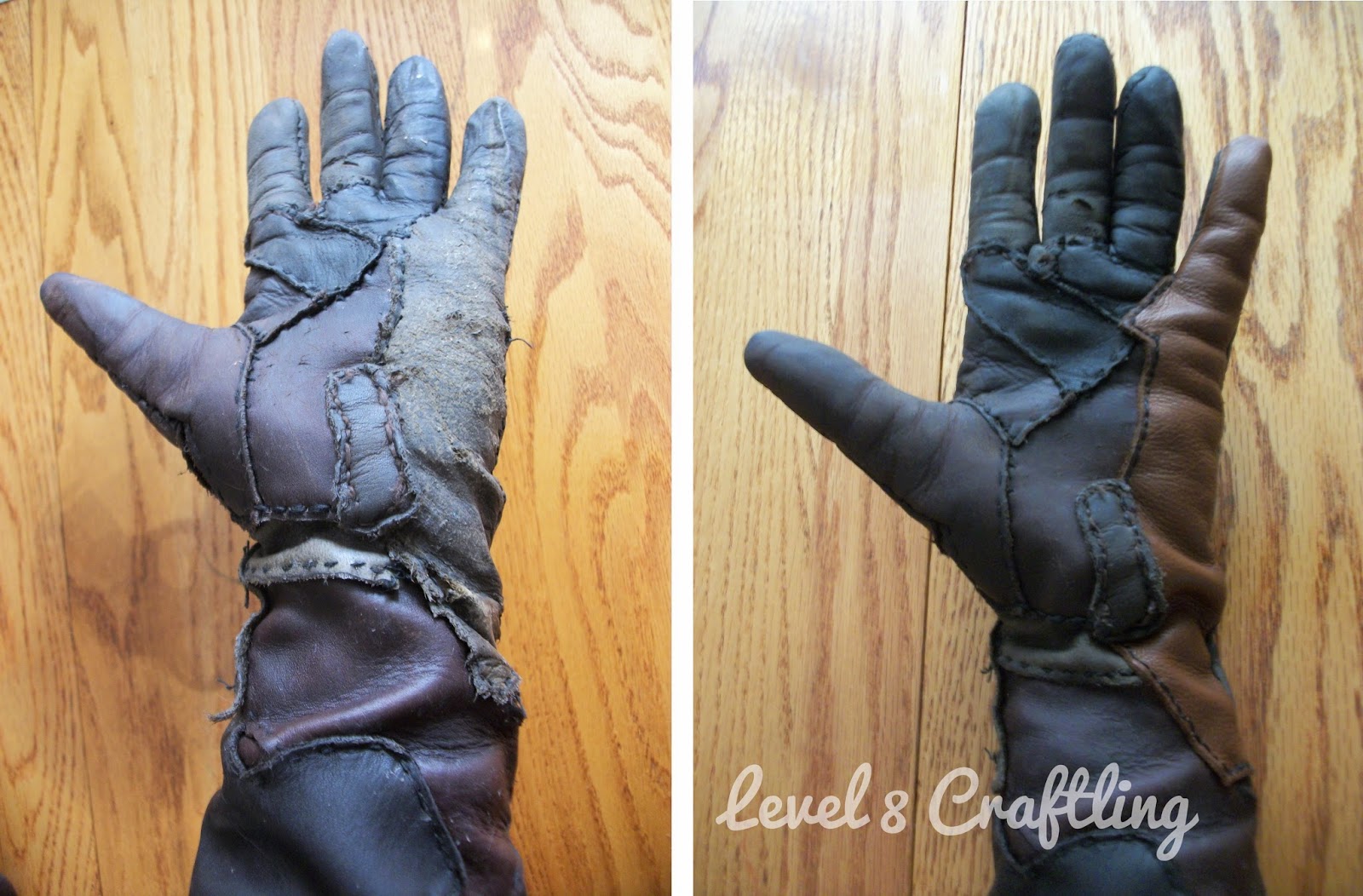 These were very carefully built on my hands, flexing them every which way as I made them. 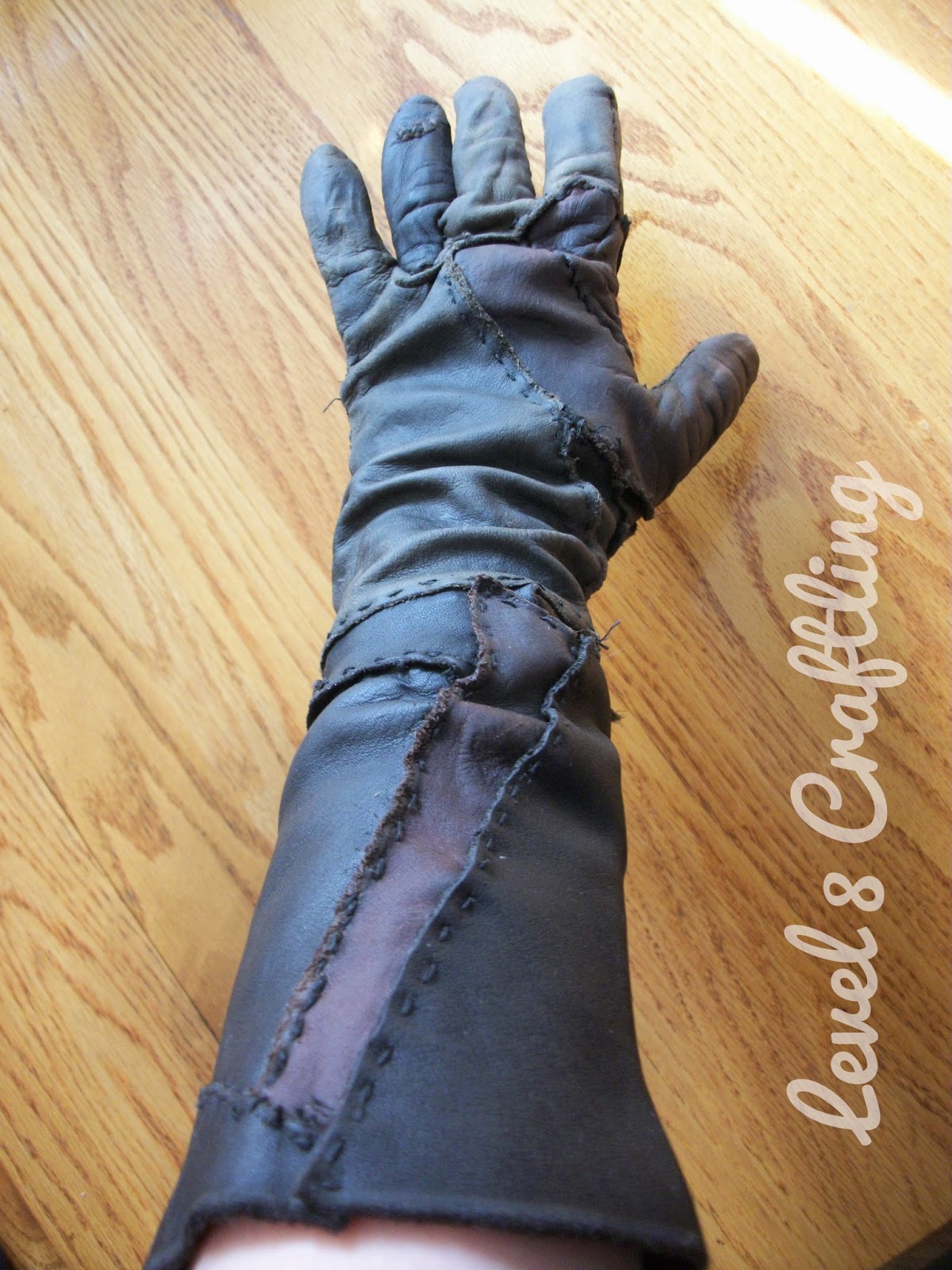 They fit so well that once I start to fence, I try my best not to take them off: it takes a minute to wiggle in and out of them once I start sweating. 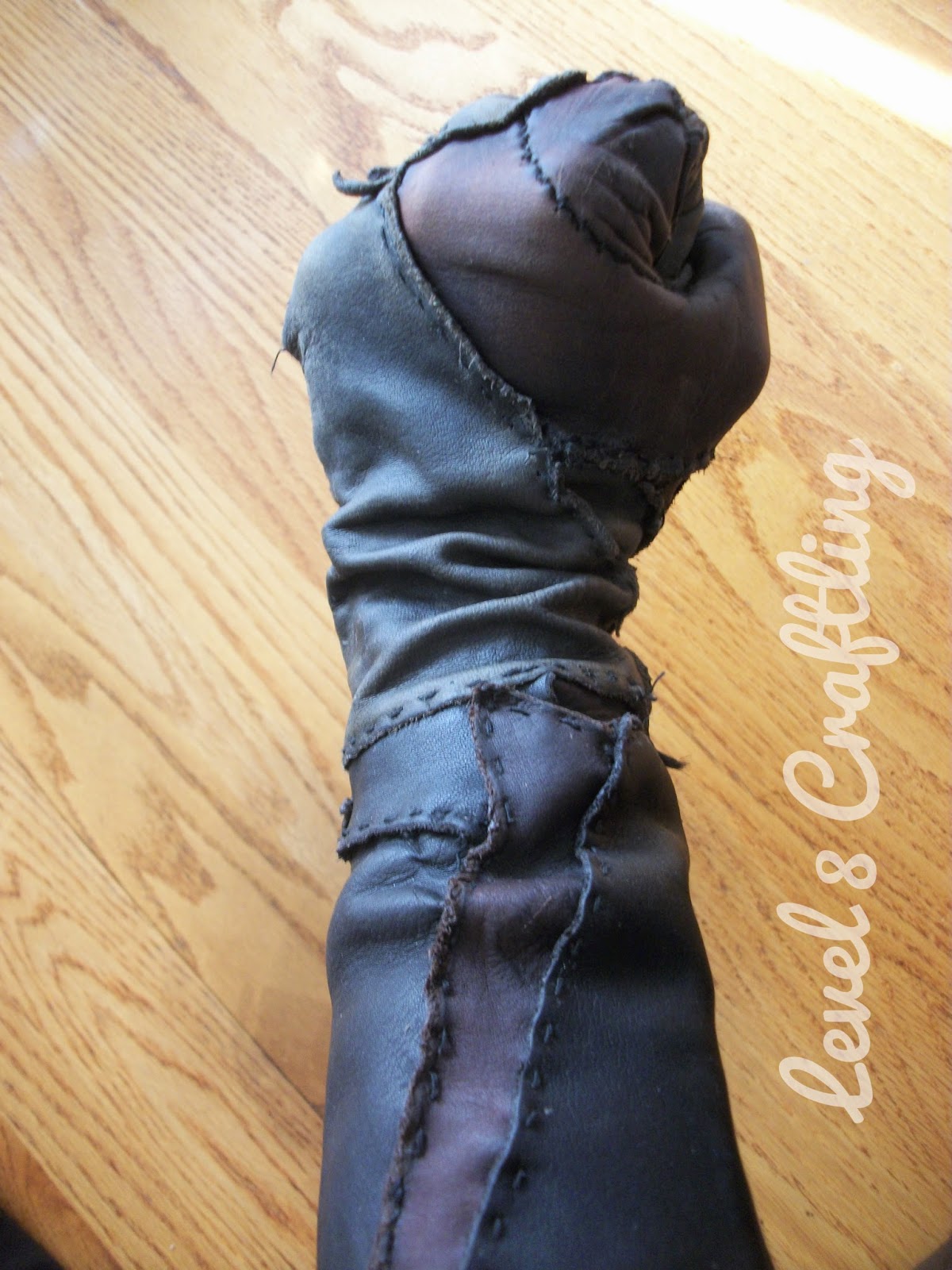 They are still incredibly comfortable.  The outside is fairly supple, from being re-oiled many times. The suede on the inside is not as soft as it used to be, after having been soaked with sweat over and over again for years. 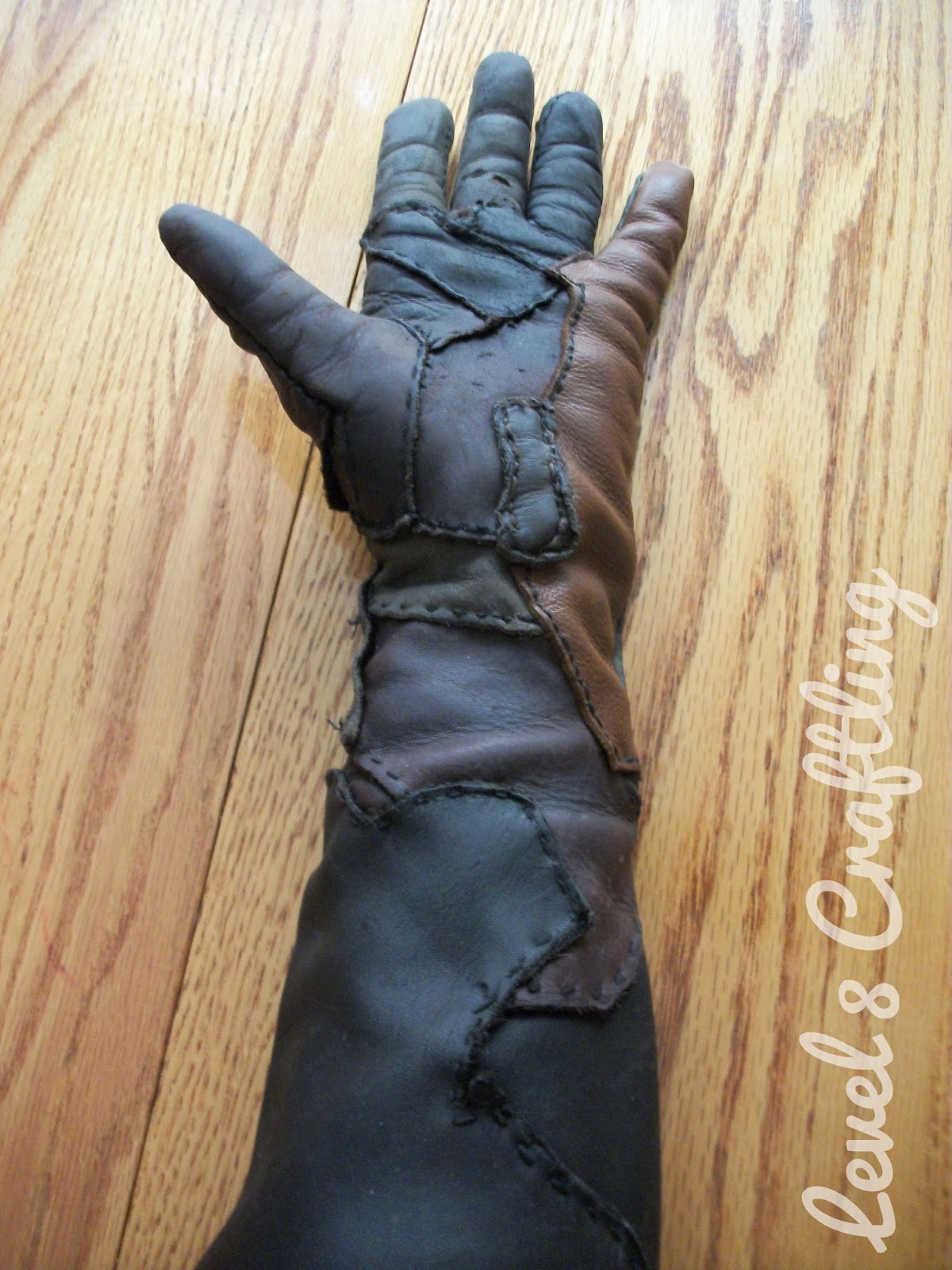 Someday, the leather mght die entirely, but I hope that’s still a long ways off.  I’m going to keep using these until I can no longer oil the salt-induced brittleness out of them, repairing them as I go.  They took a looooooooooong time to make, so it’s not a project that I am in any speed to add to my list again.  Plus, I like that I’m still using a piece of my very first fencing gear. 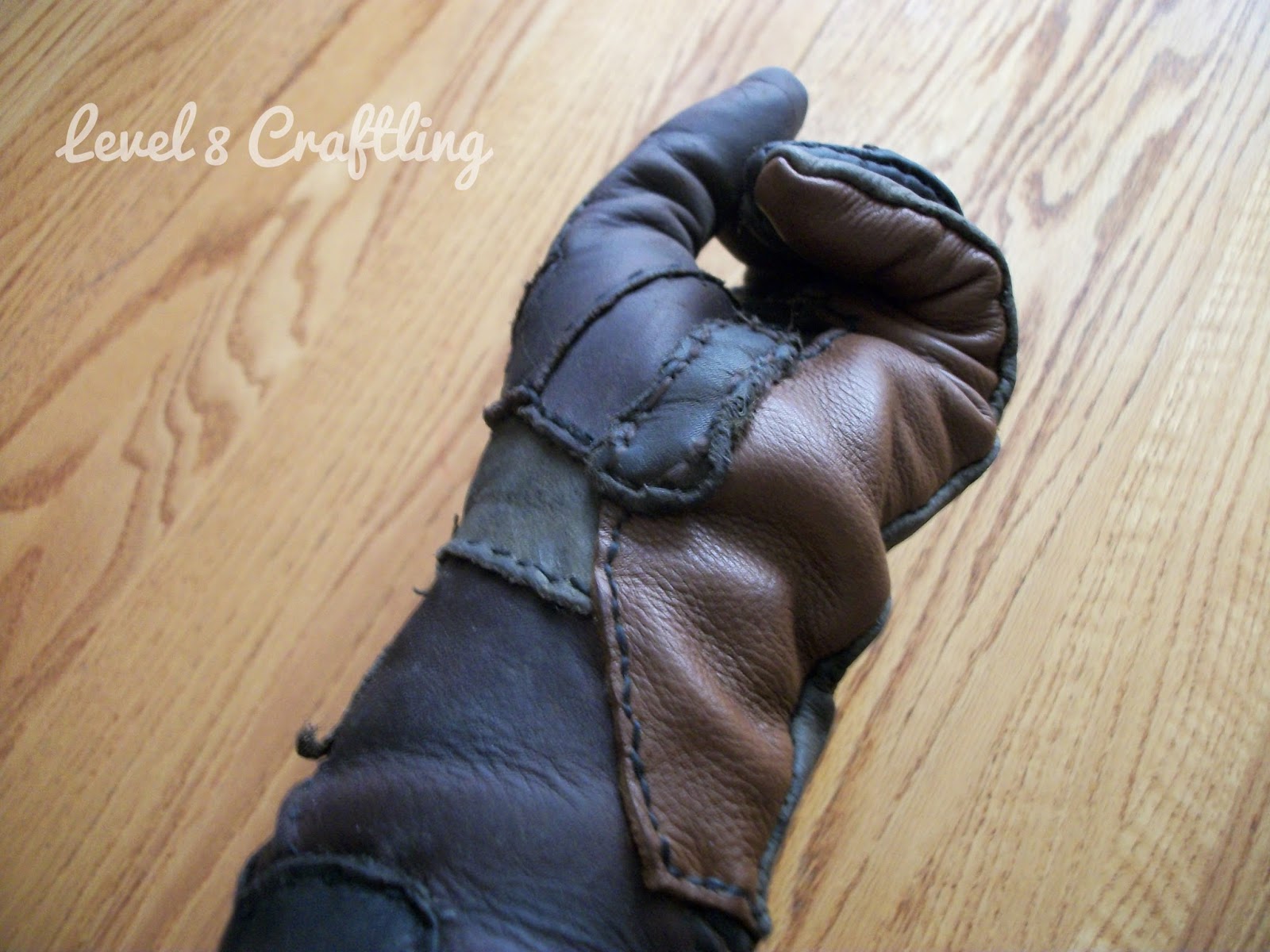 Here’s a ton more pictures, because I think these are nifty and fun!  Enjoy! 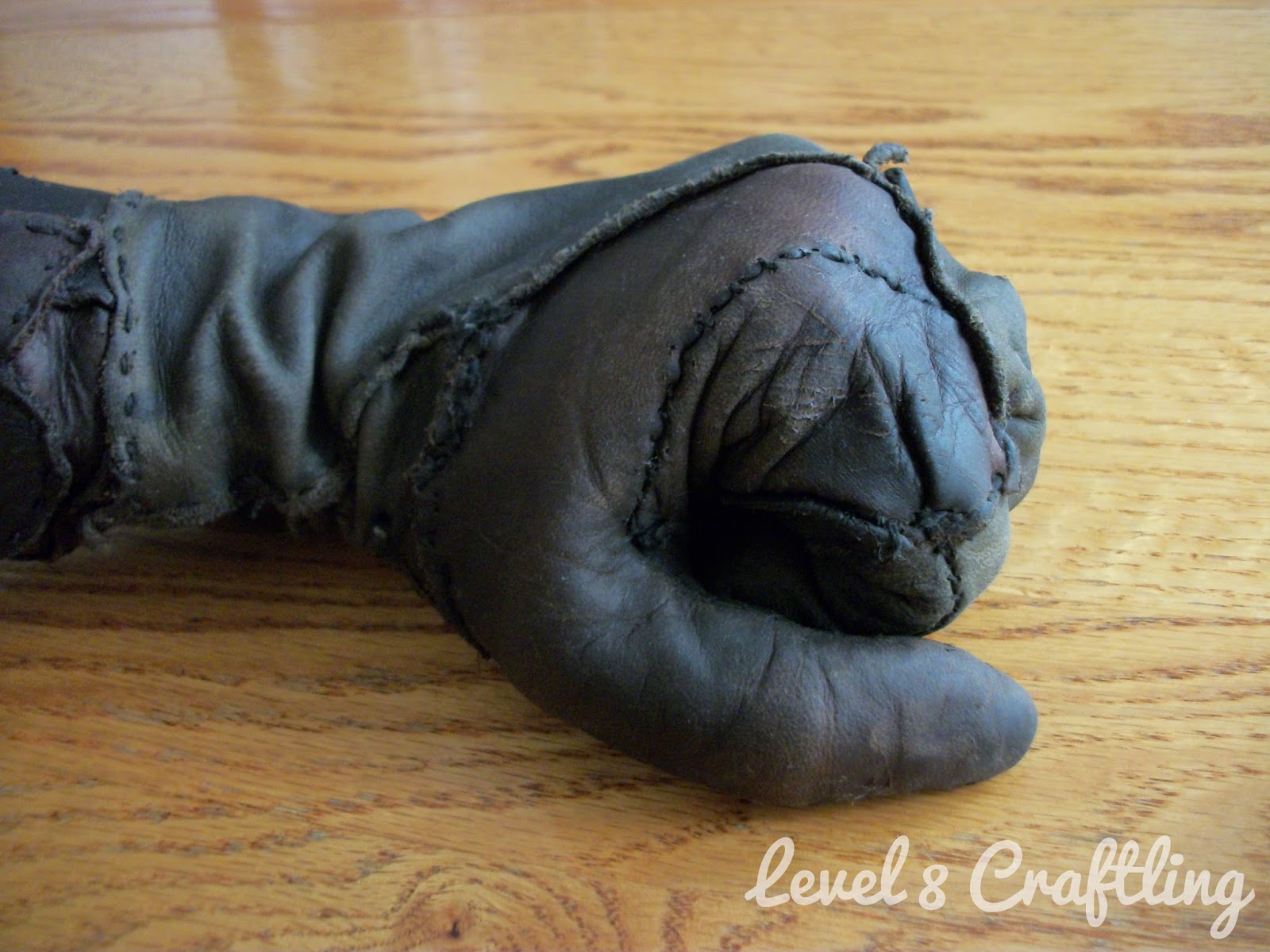 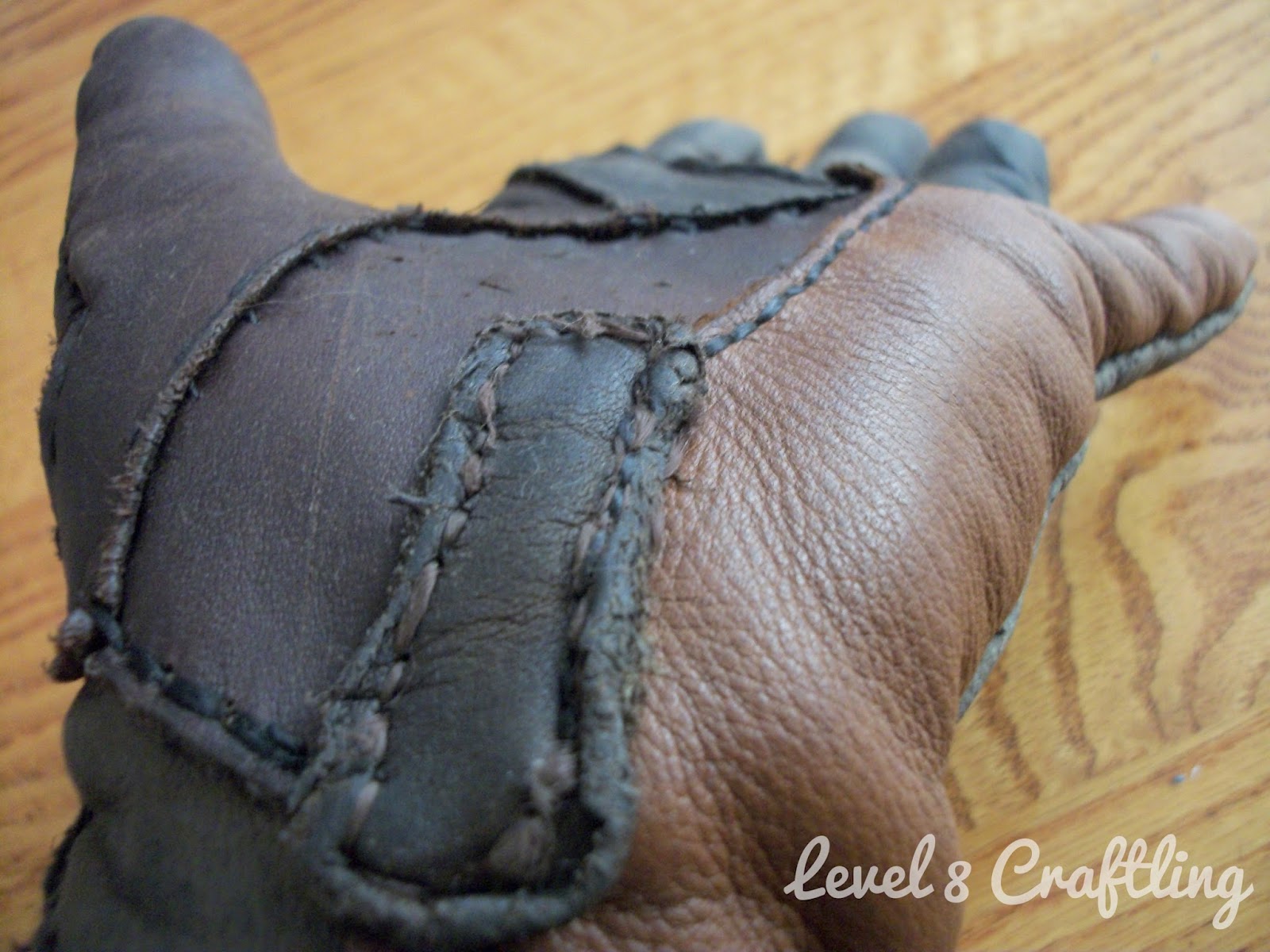 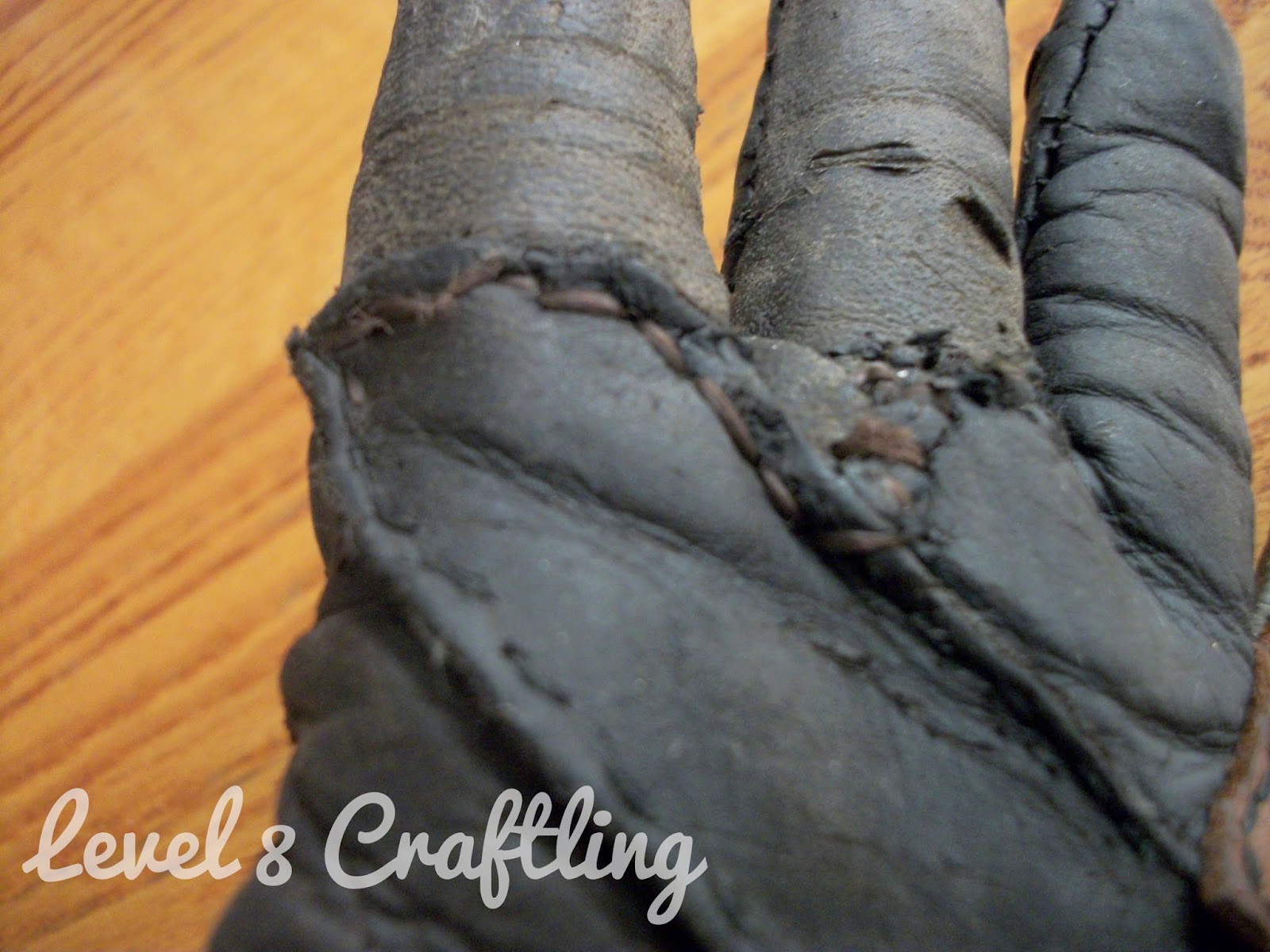 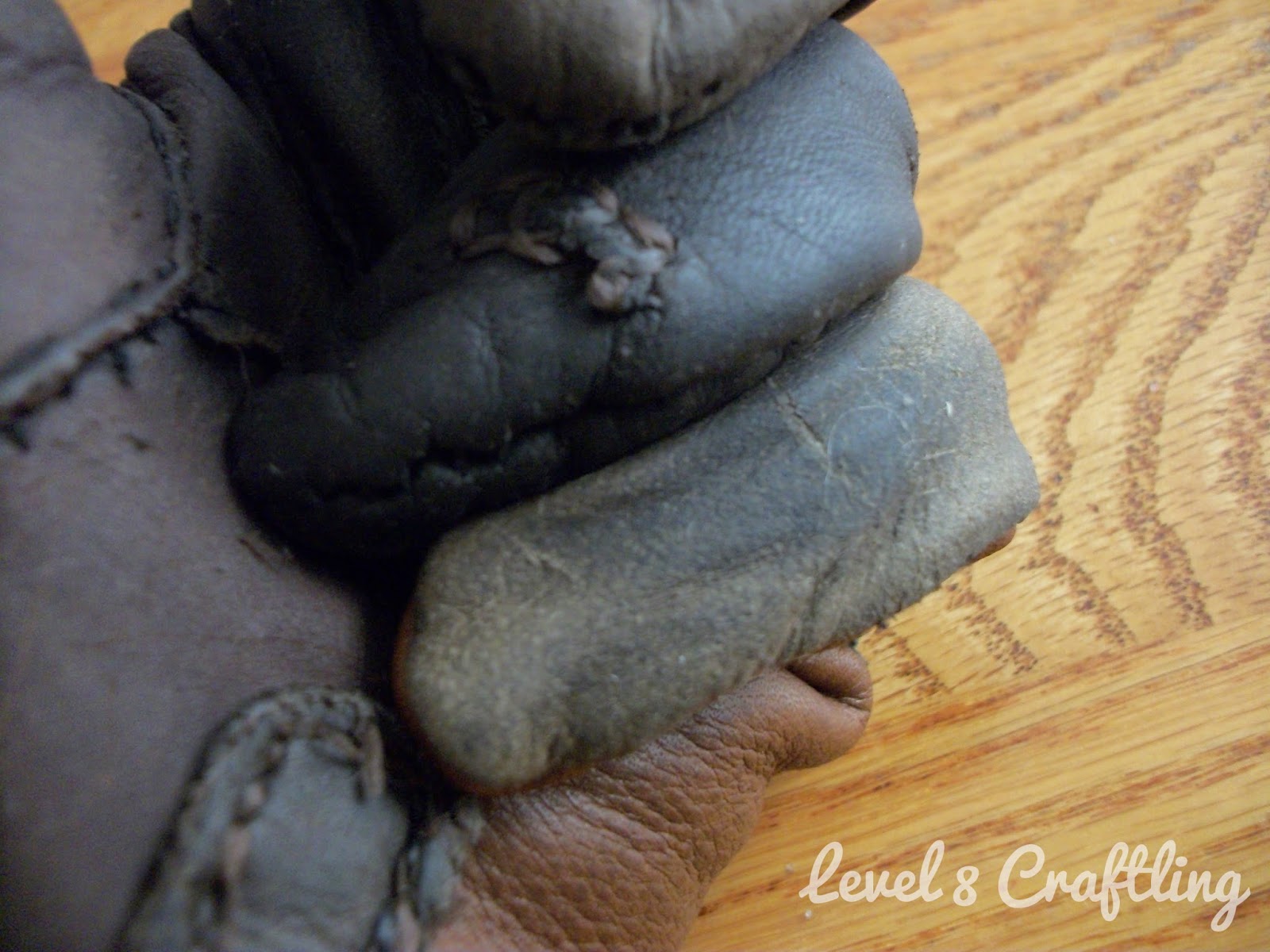 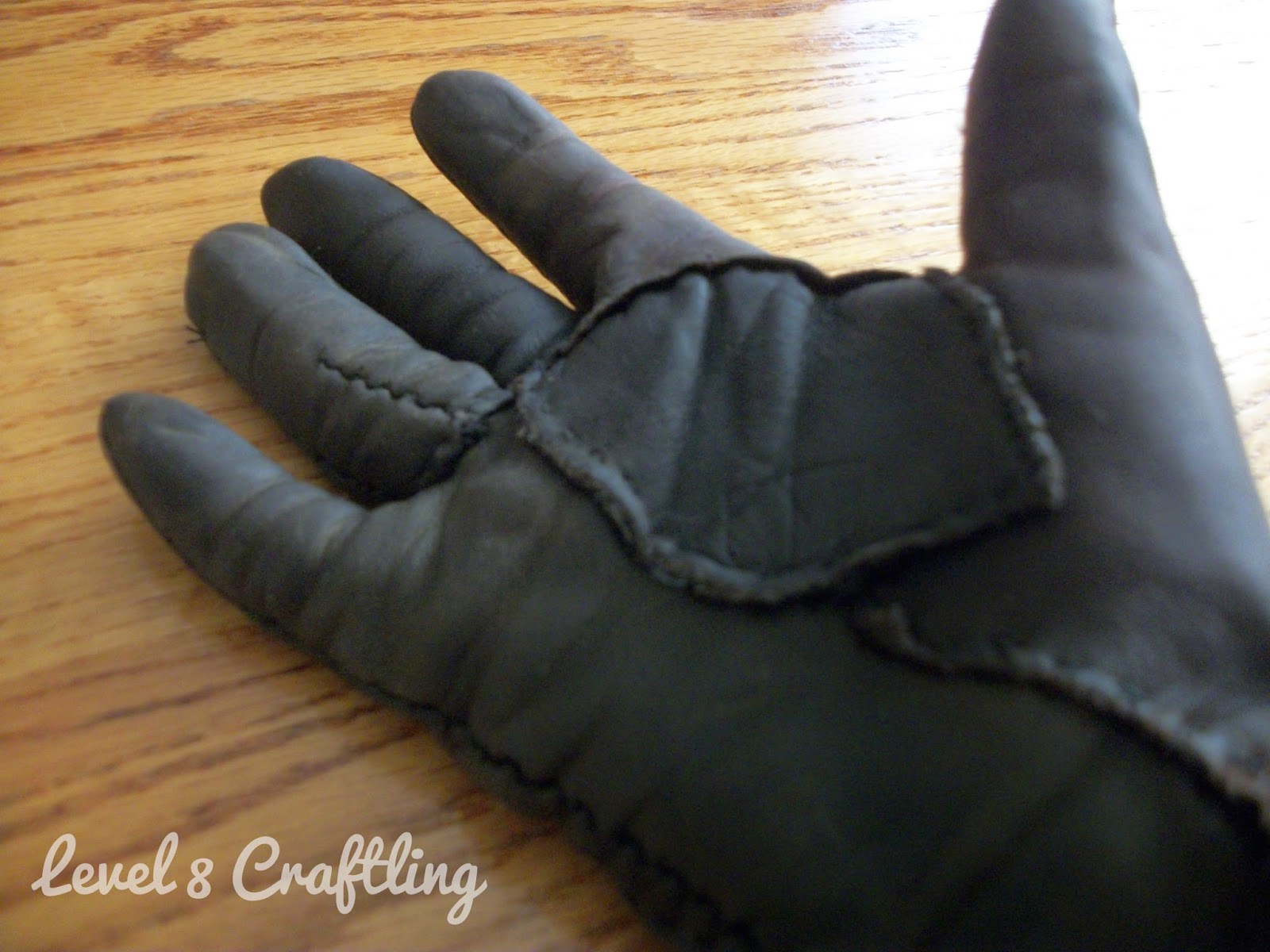 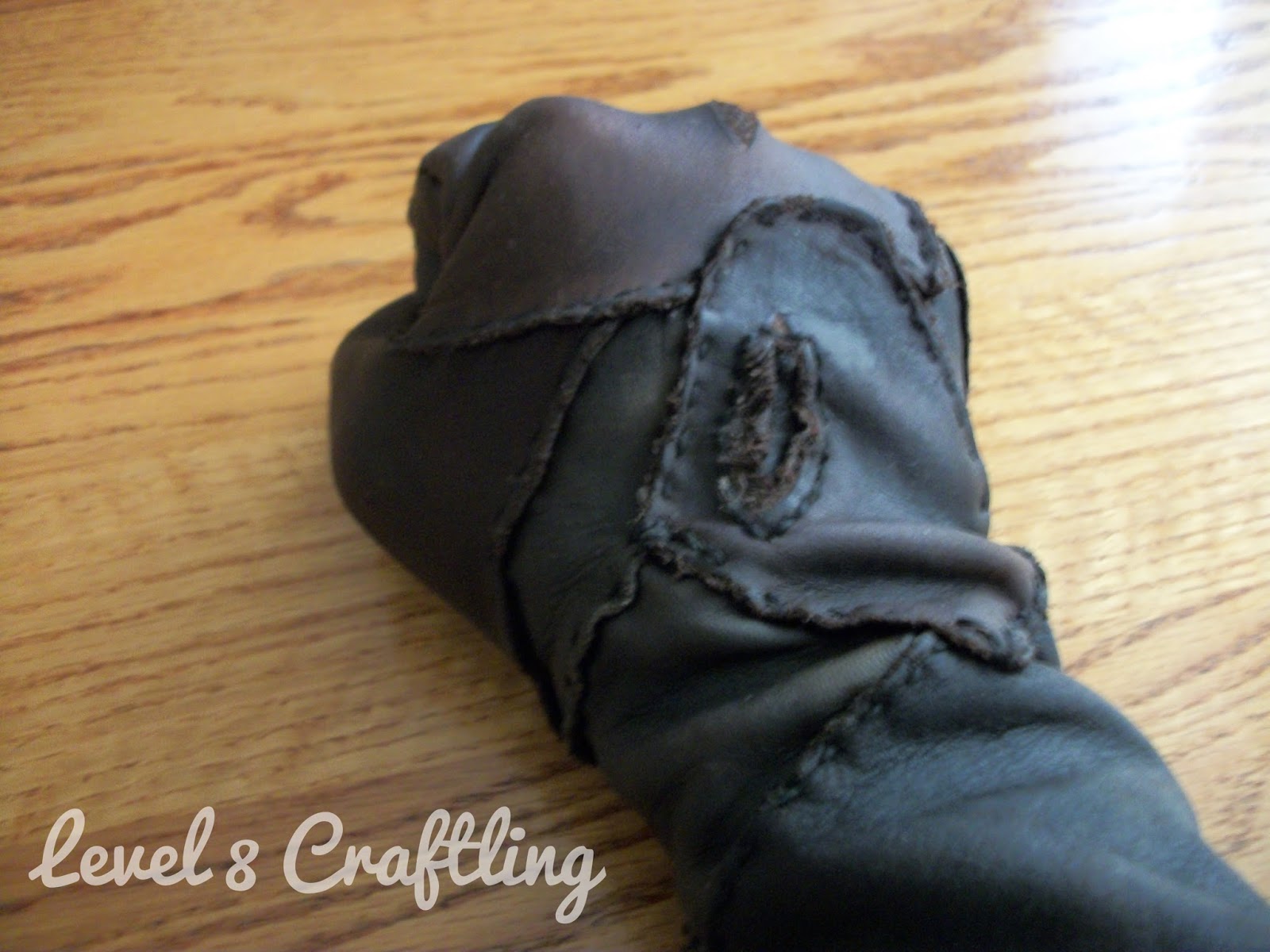 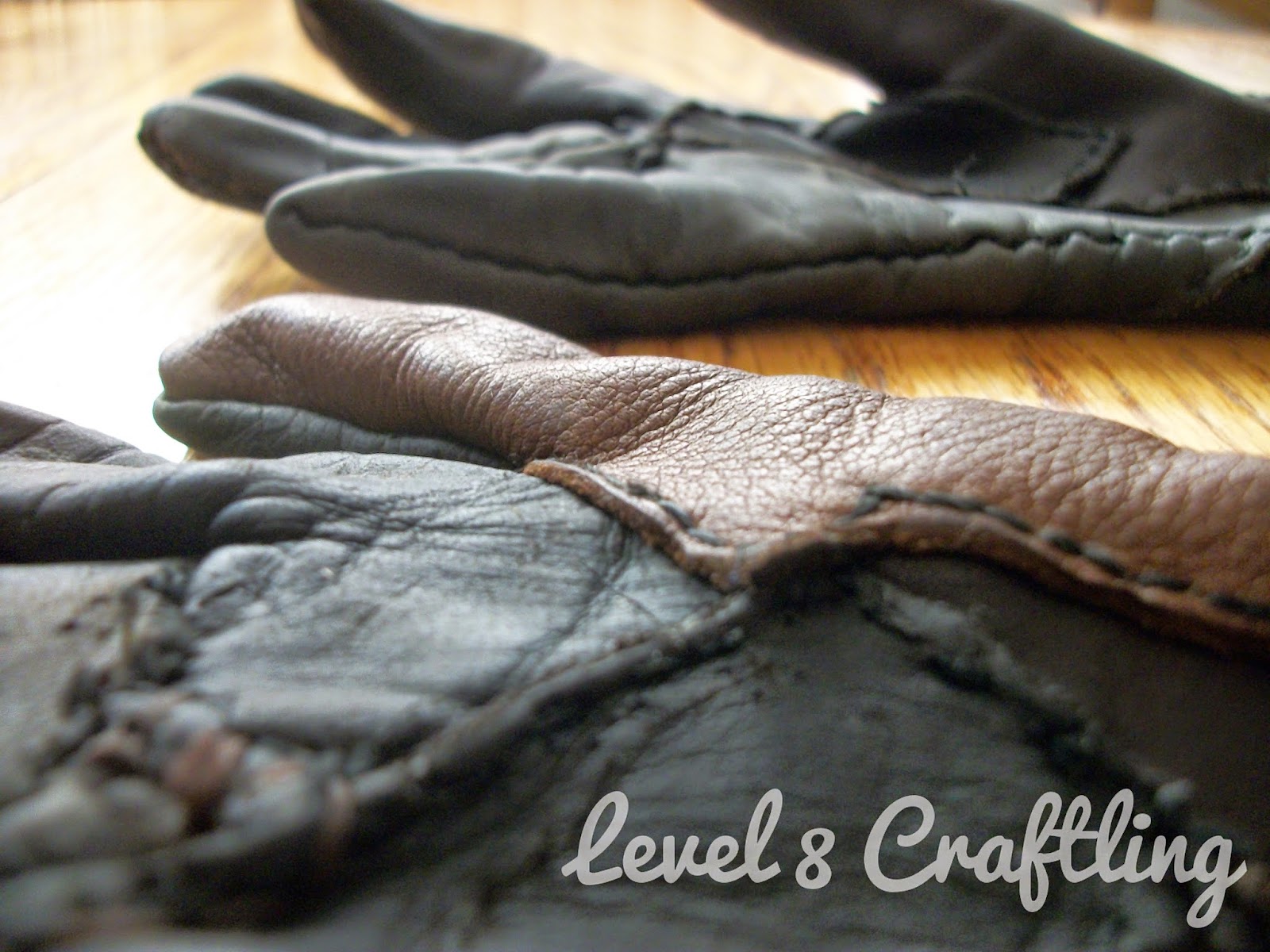 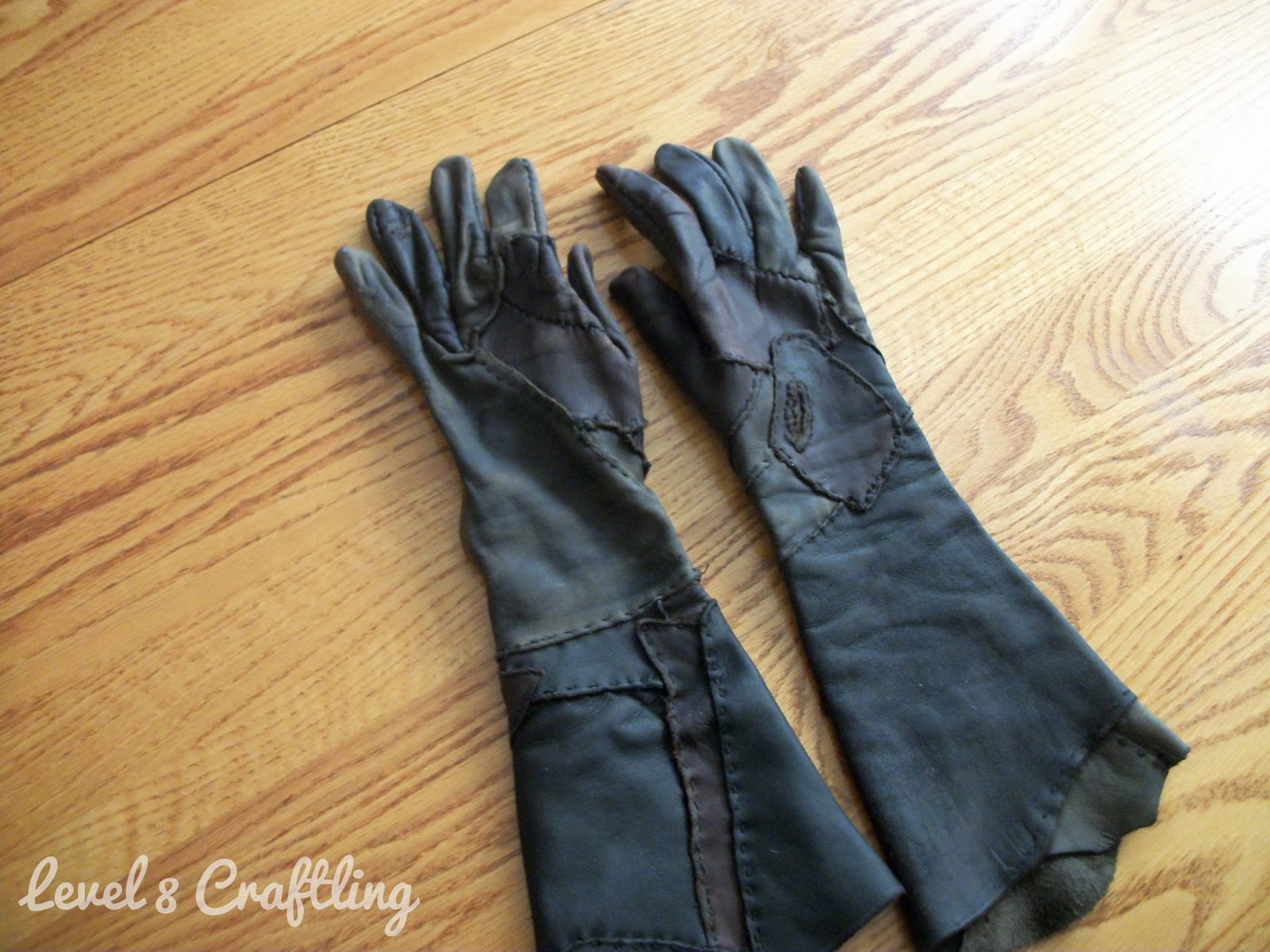 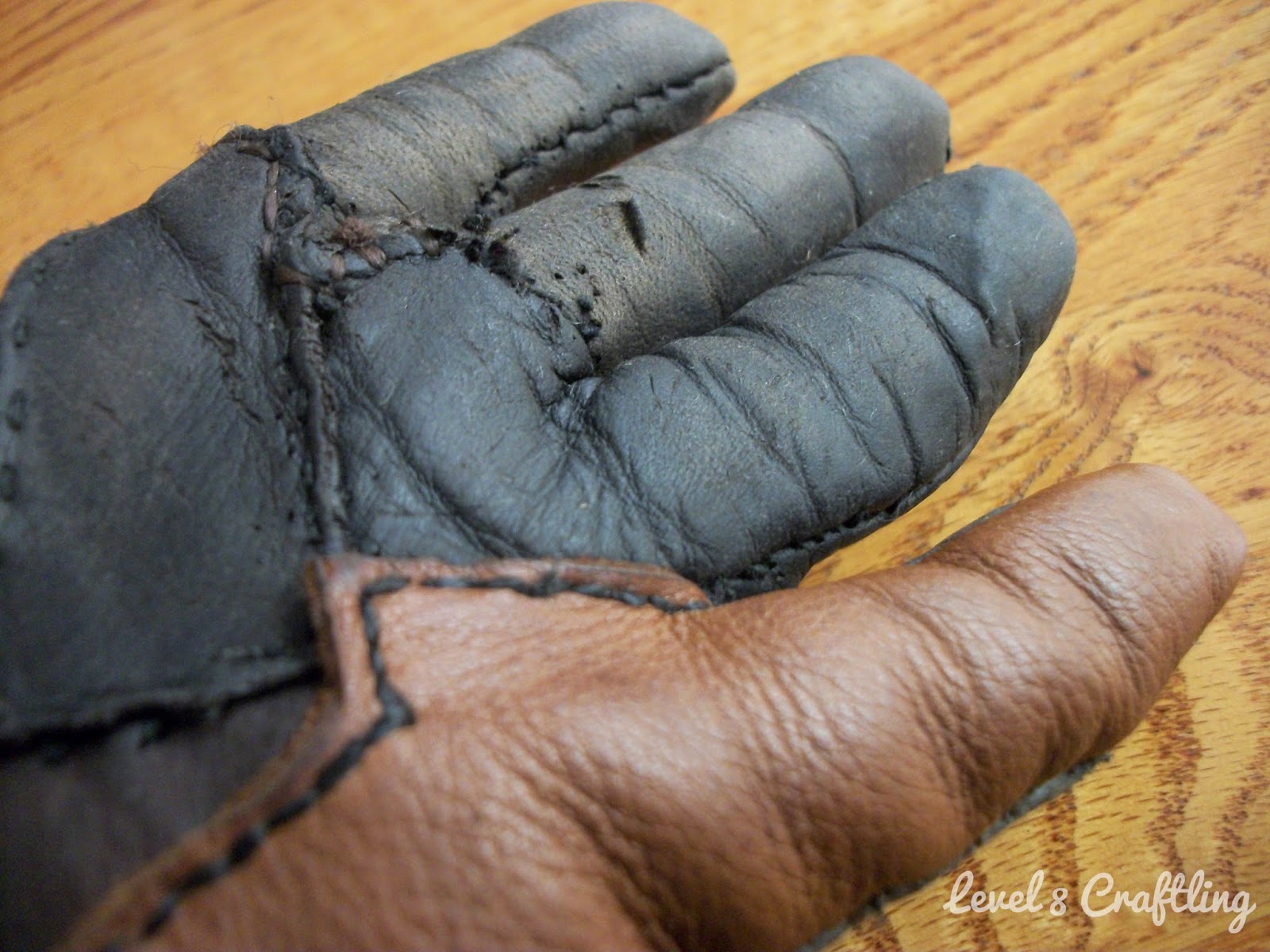 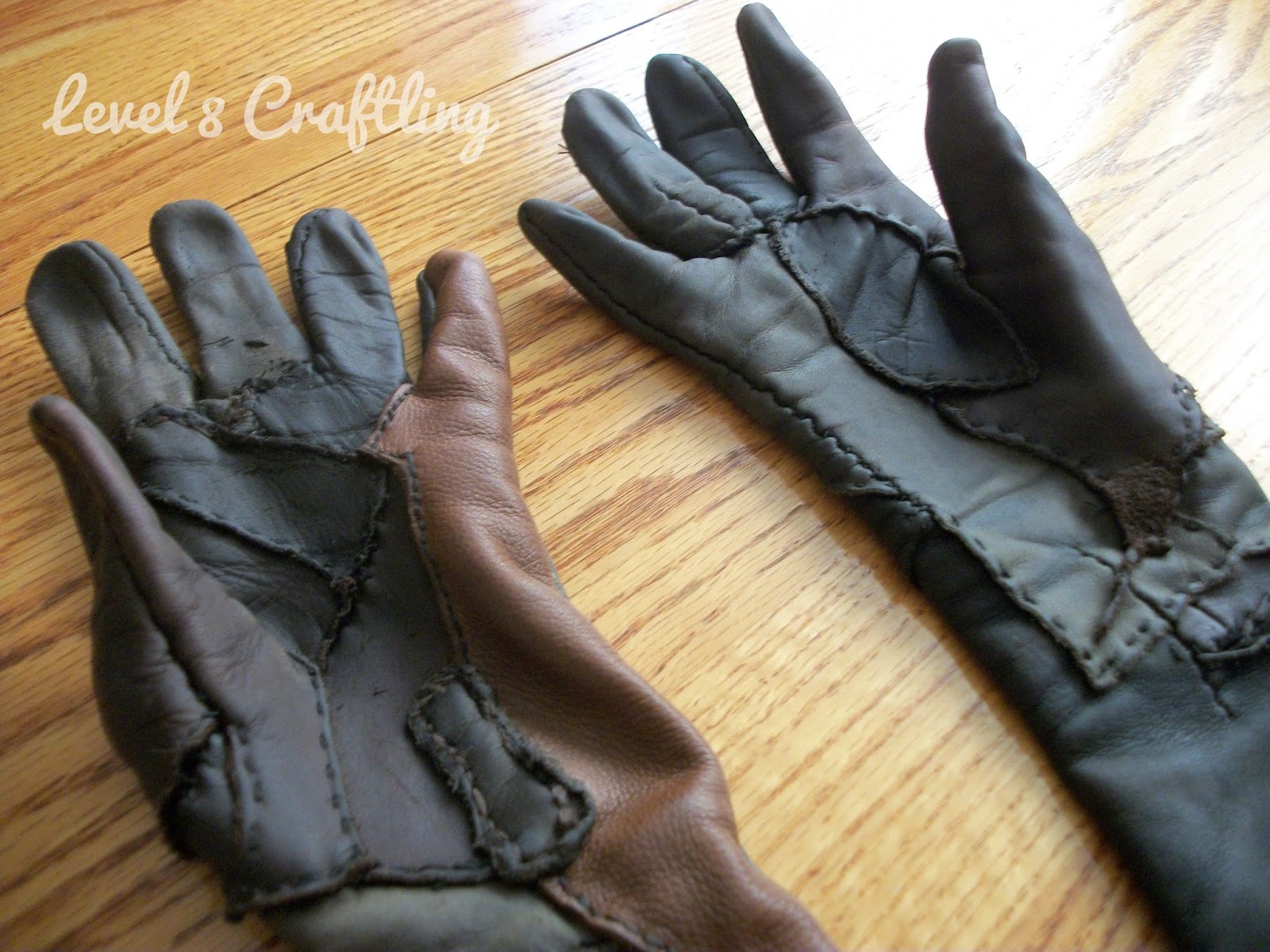