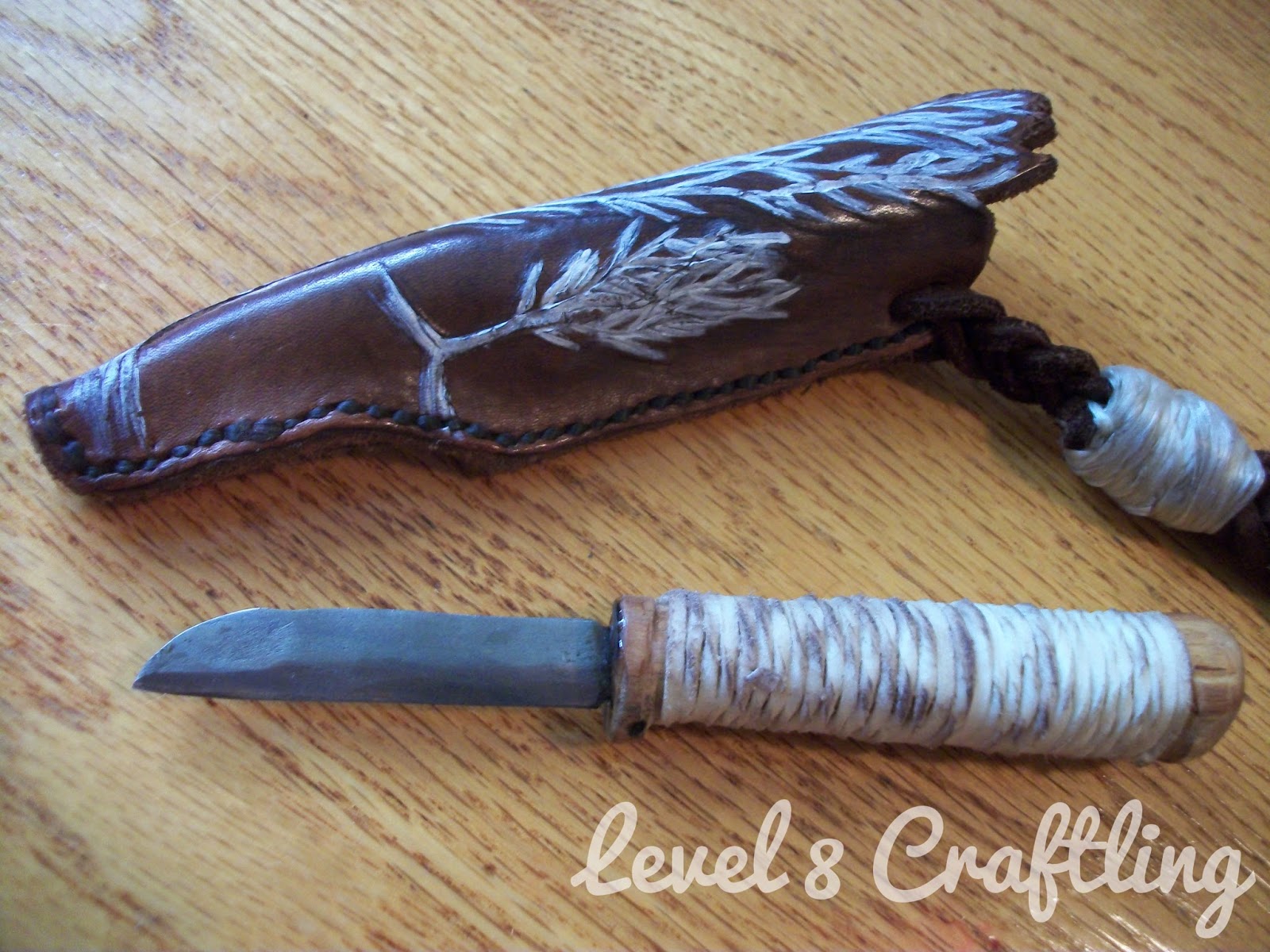 Here is the sheath I made for my belt knife.  The knife was made by my friend Galen, out of a piece of my second fencing sword.  I bought the most flexible thirty inch sword I could find, with the intention of cutting it down to make it shorter.  When dithering about how much to cut it, Galen chimed in with “If you cut off at least five inches, I will make you a knife.”  That decided it – my second fencing sword became twenty-five inches long.  (Cue the “that’s a dagger!” comments now from the rapier crowd.) 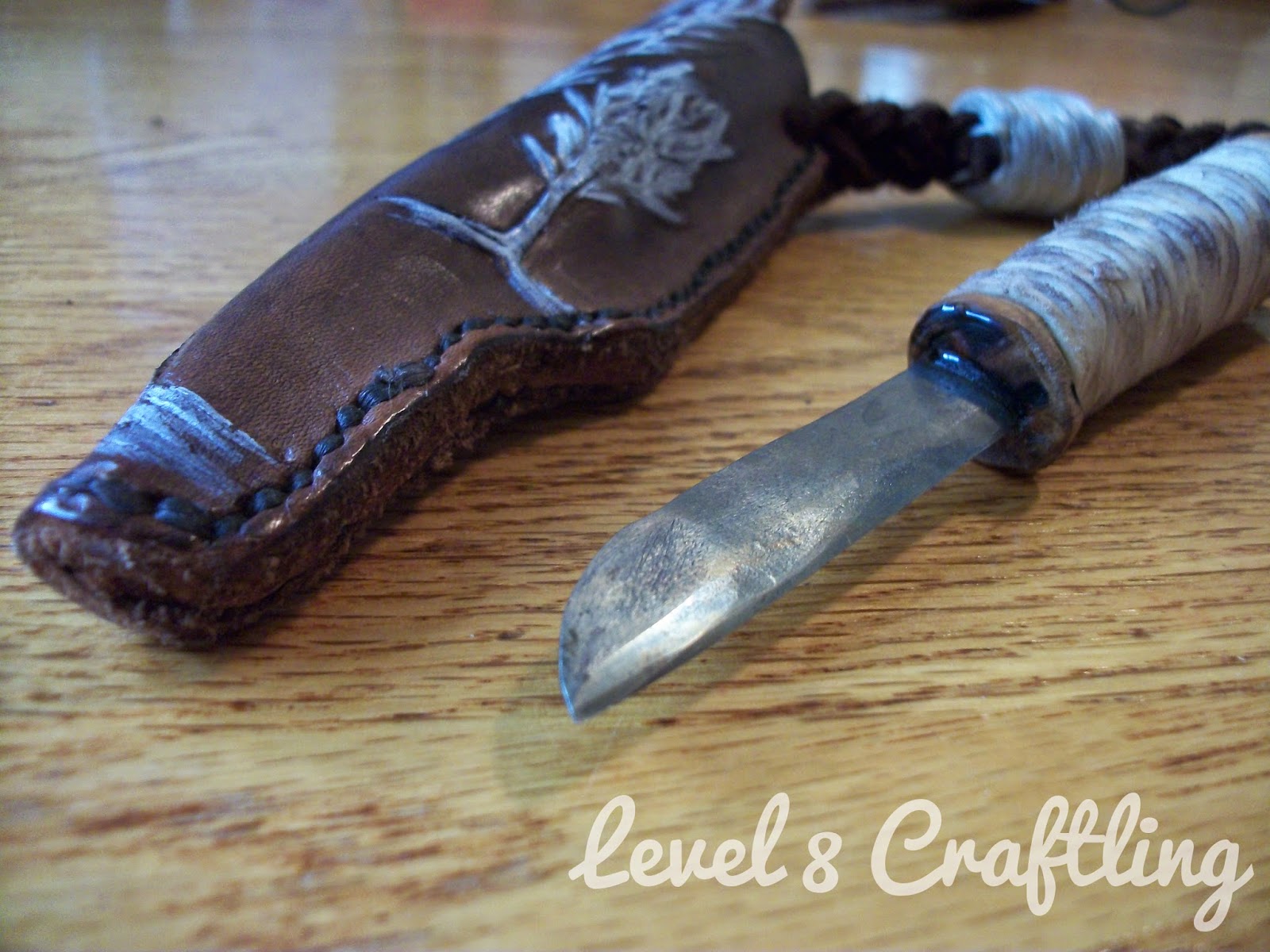 The knife has a birch handle, wrapped in rawhide.  I love it.  My SCA name, Birke, means “birch” in German, and my heraldry includes three birch trees. 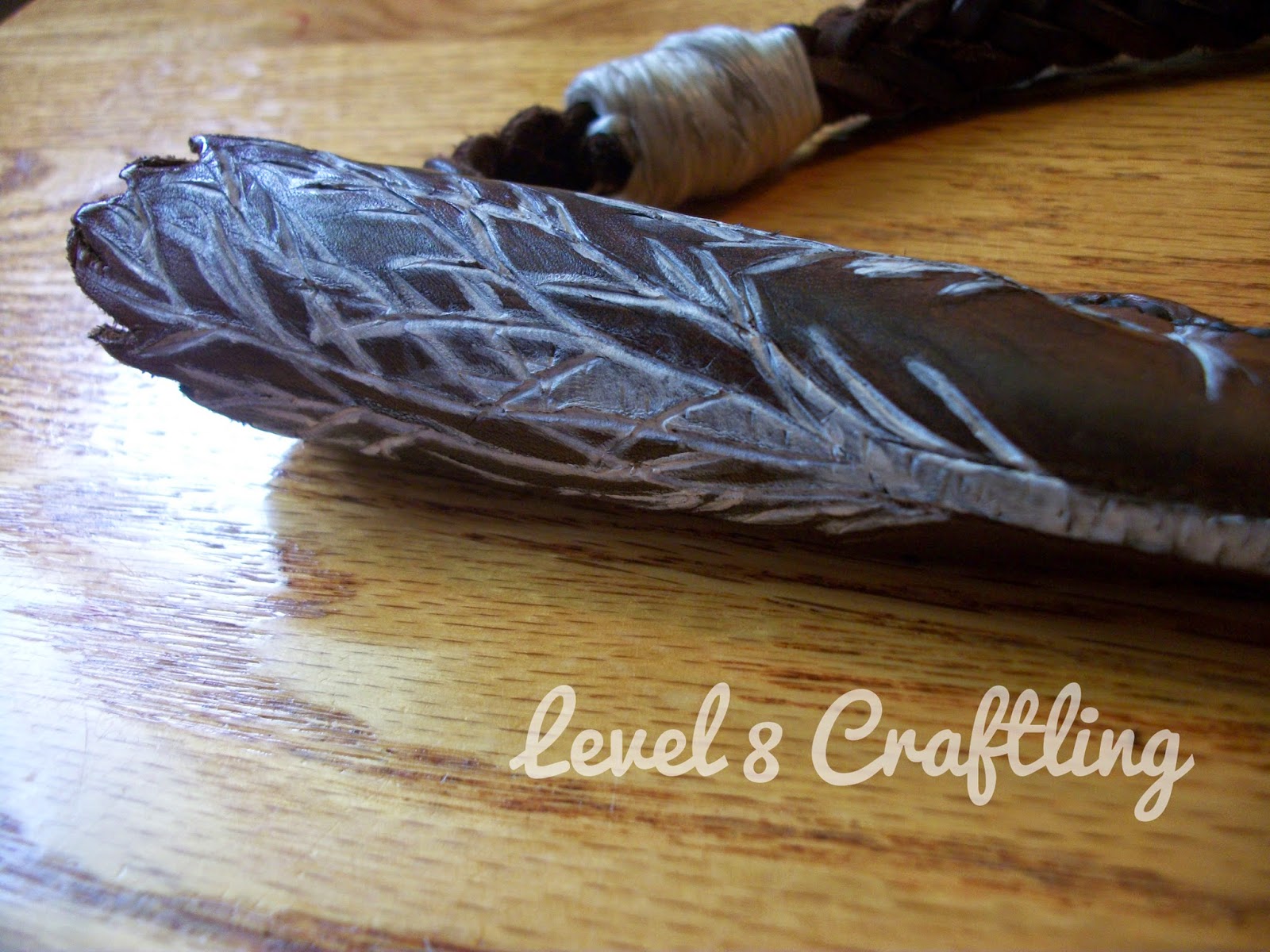 The sheath was cut out and tooled, then wet-formed to my knife and sewn shut. 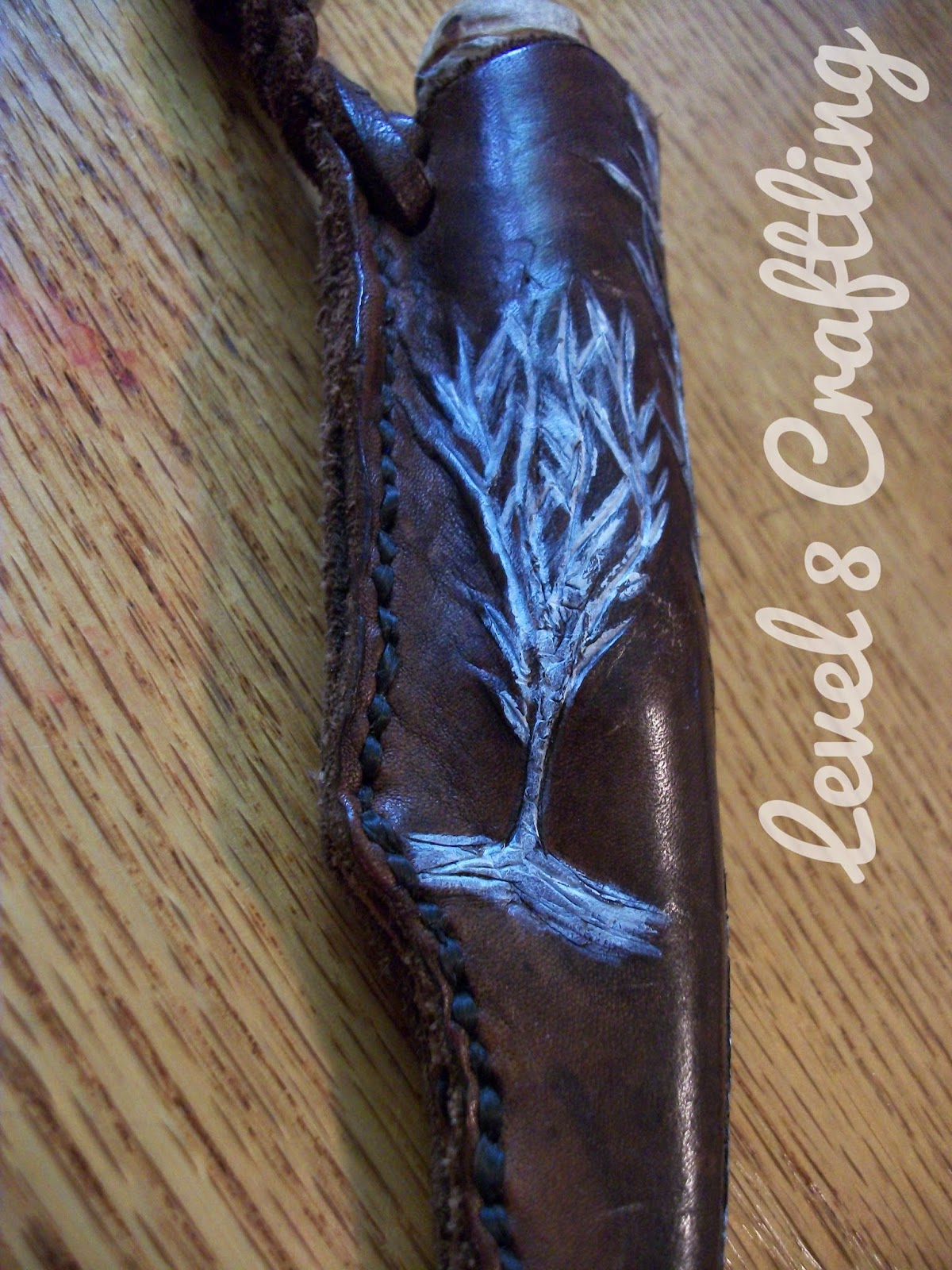 The sheath fits the knife so tightly that it doesn’t need to be tied – it takes a firm tug to remove the knife.  It doesn’t fall out, no matter how much the sheath shakes or rotates. 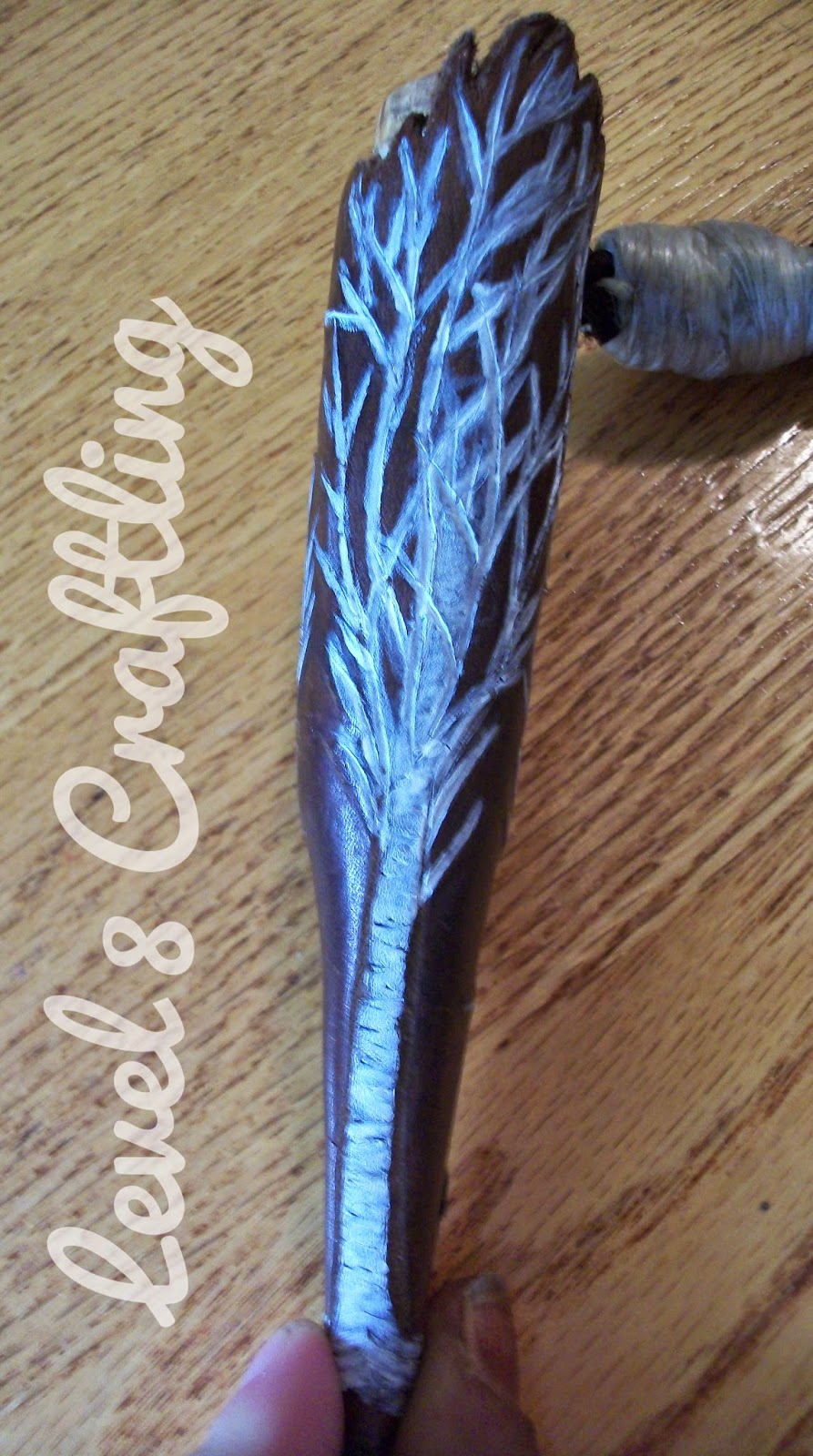 The design is created with a mixture of dying, simple tooling (mostly carving with a swivel knife), and painting. 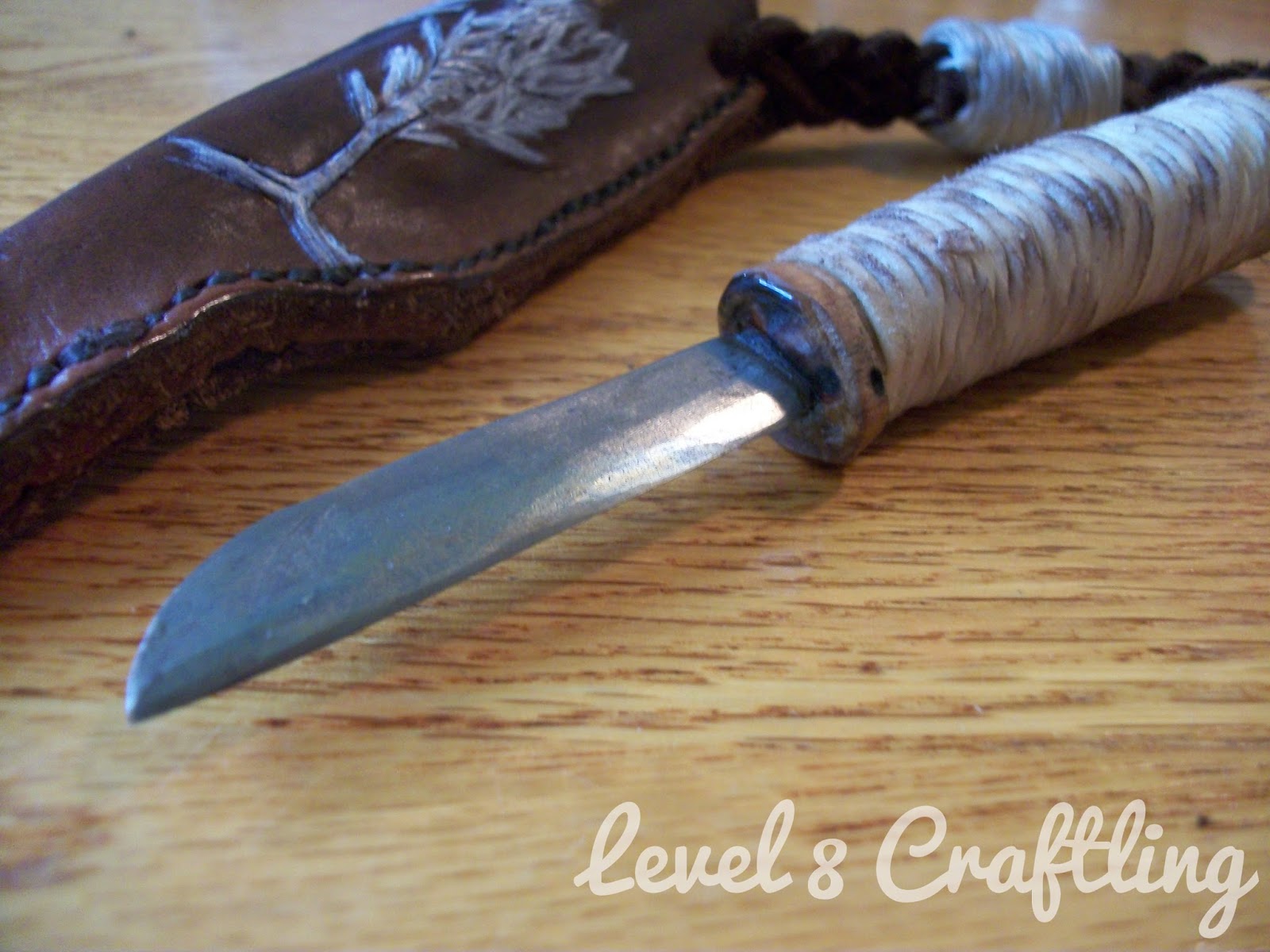 The handle is a braided leather thong, sewn together with white artificial sinew at the bottom to mimic the rawhide handle. 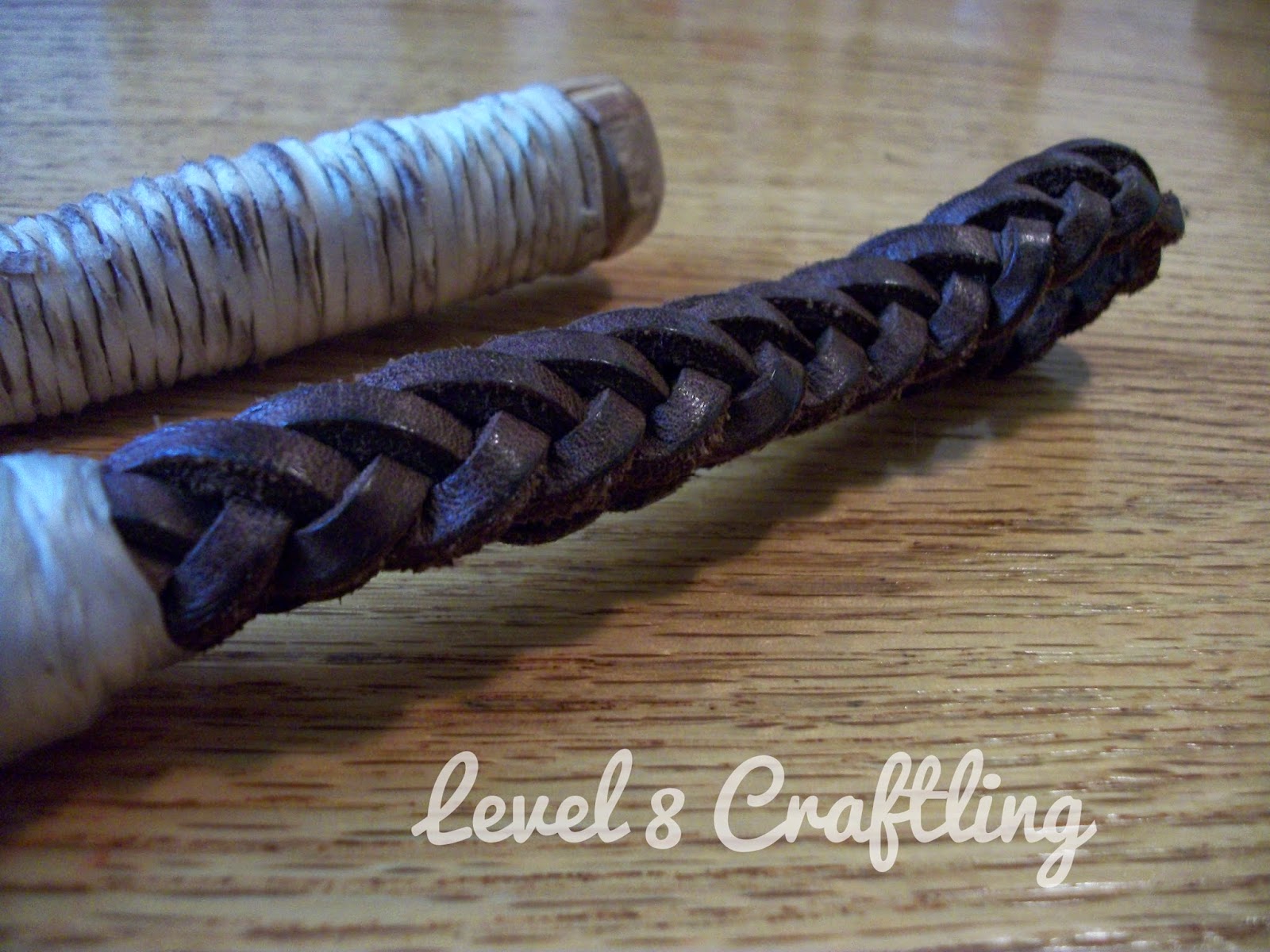 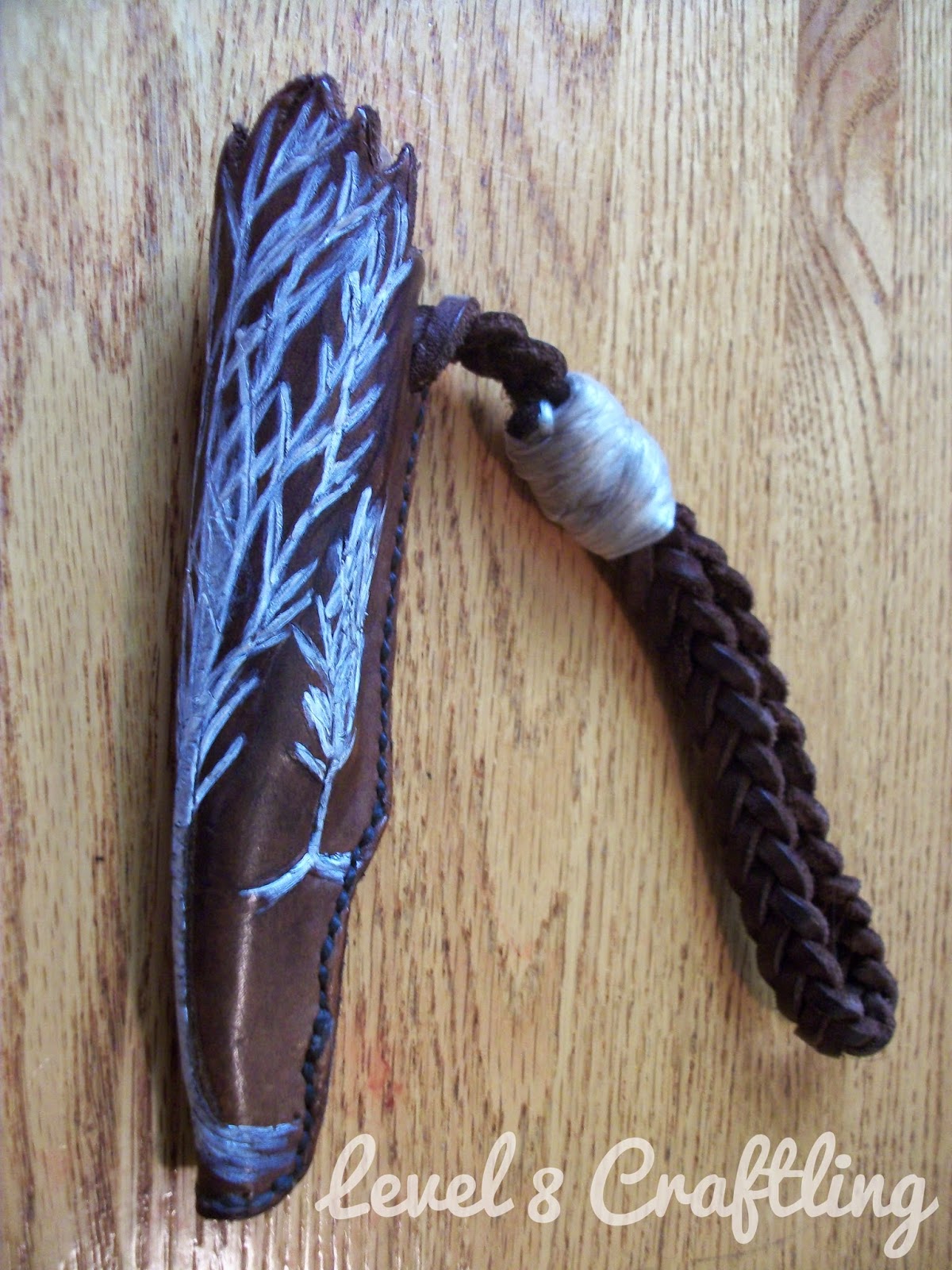 The top was cut to emphasize the branches. 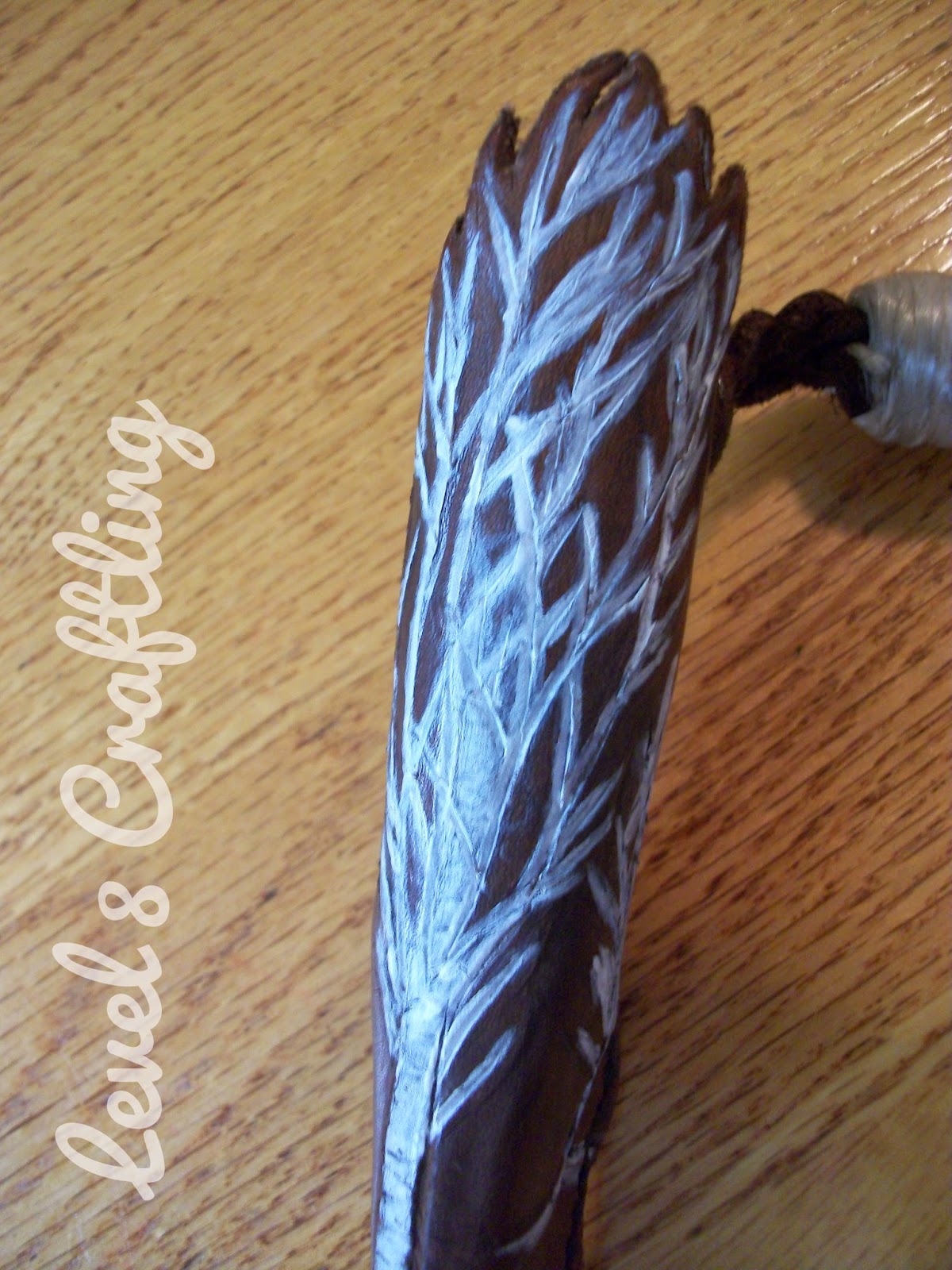 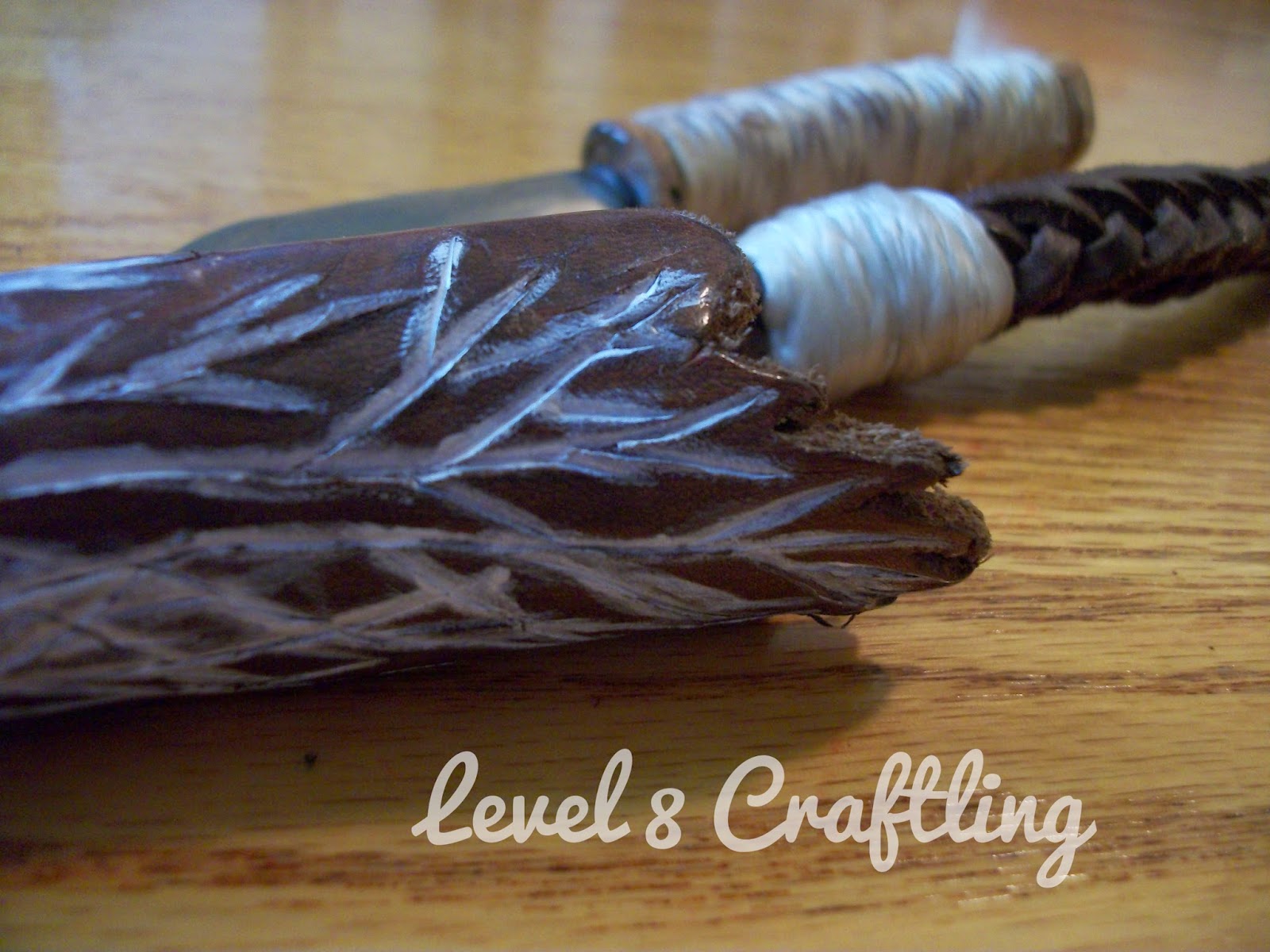 There is an extra piece of leather sewn into the seam at the blade, to protect the thread from being cut by the knife. 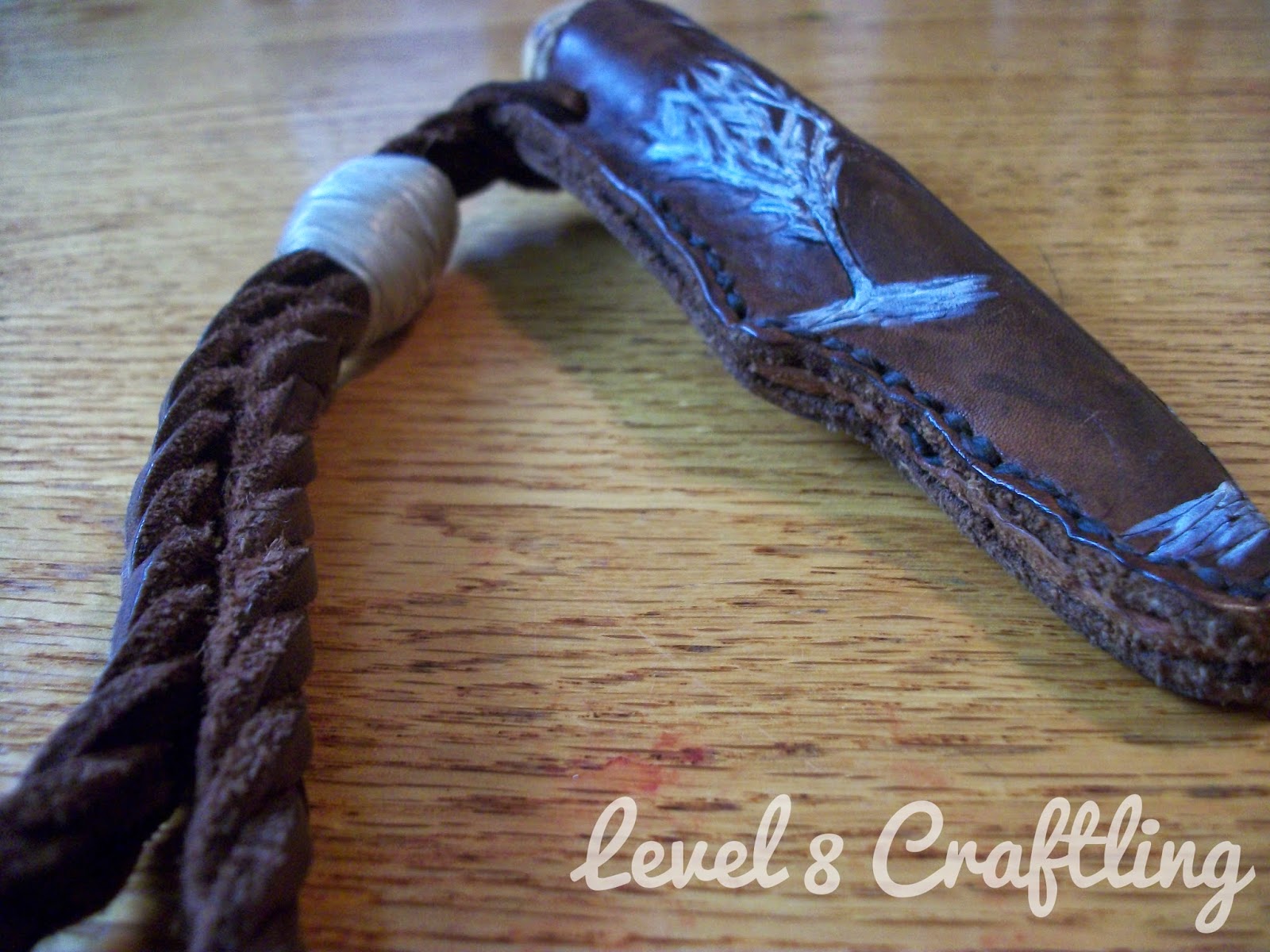 The sheath is beautiful, simple, and extremely functional.  I love it.  ~Kell