A 2007 study shows the consumption of paper towels and other tissue products is highest in the United States of America at around 24 kilograms per capita, with consumption higher than in Europe, and more than 500 times higher than in Latin America.

When I switched to using cloth towels and napkins a few years ago, I was shocked at how much less trash I produced.  It cut my trash at least in third.  We use an absurd amount of unnecessary disposable material in our lives, and it is incredibly wasteful.  It is sad that advertising has convinced us that it’s really hard to use cloth towels, that paper towels are necessary, and that they make our lives easier.  Truth time: it’s not hard to use cloth towels, and paper towels do not make your life much easier at all. 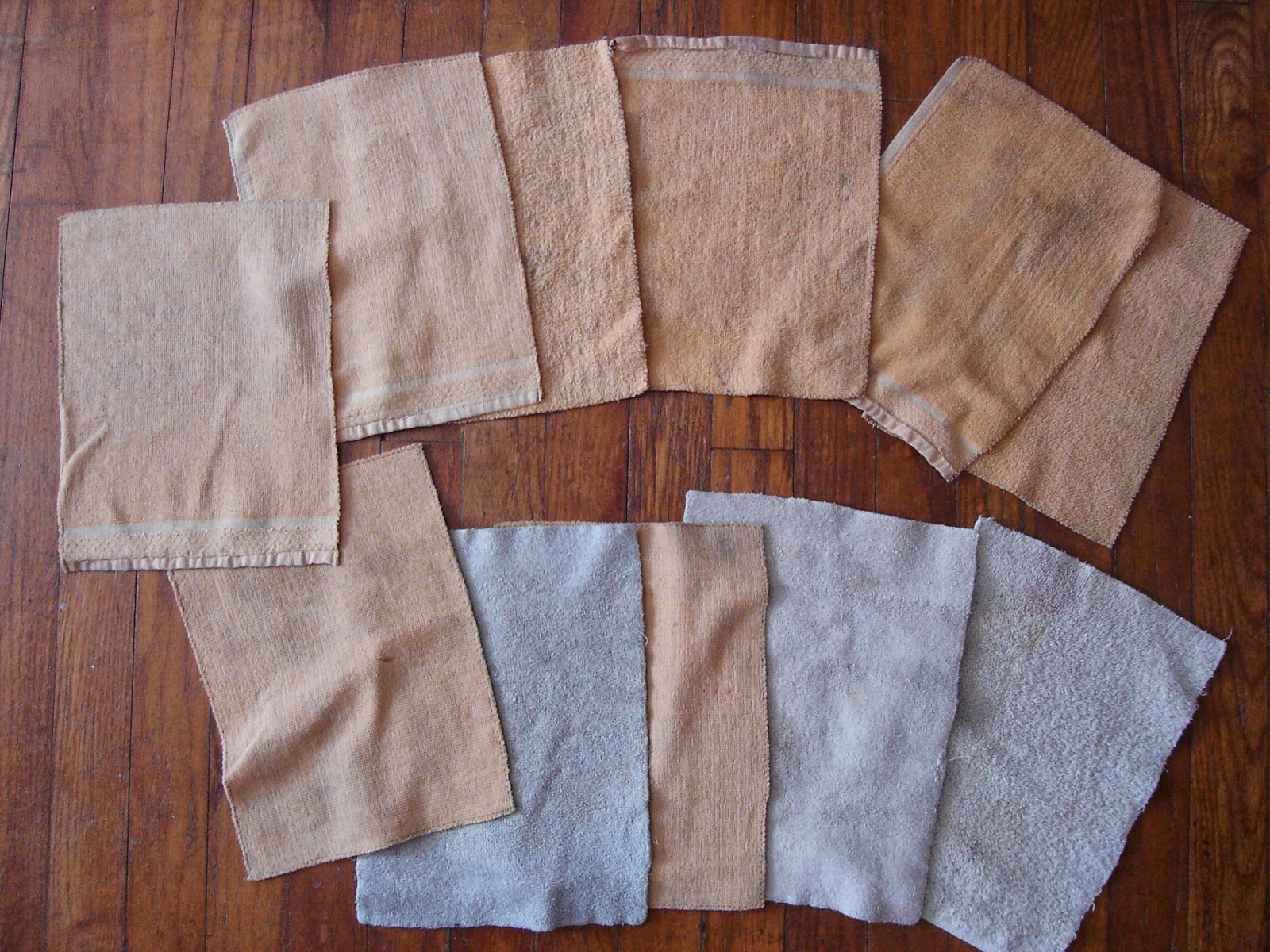 Before I get too much further into this, I want to say this:  Even if you don’t cut out paper towels completely, you can still cut paper towel use down drastically by using a mixture of cloth towels for most jobs, and paper towels for icky jobs.  I use probably about 1-2 paper towel rolls a year now.  My paper towels usage is still decreasing as I realize just how much of a beating the cloth towels can take with icky substances and come out of the washing machine really clean.  So don’t feel like you have to jump in to cloth towels and forbid yourself paper towels – any steps you can take in that direction are important steps.  I’m not here to browbeat you into feeling guilty for paper towel usage, but to try and encourage you to take steps in minimizing it.  It’s okay if those are baby steps.  Don’t feel guilty!  Baby steps are good steps!  A lot of the best steps in my life have started with baby steps, including this one. 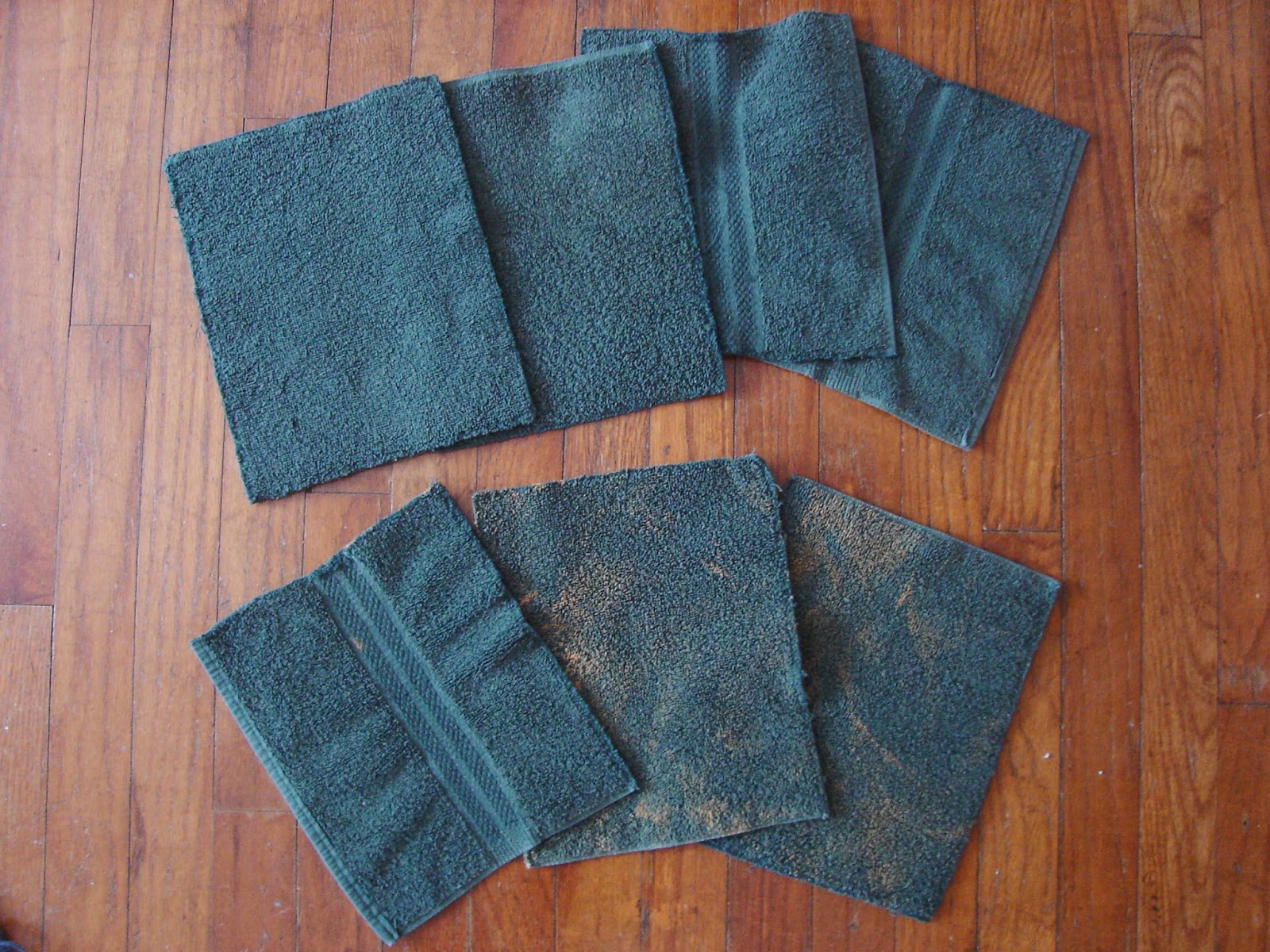 You’re not only helping to reduce environmental waste, but helping your wallet.  Buying towels from a thrift store is cheap, and cutting them up into small cloth towels only takes a couple hours (mostly spent zigzagging/serging the edges).  If you don’t want to sew anything, simply buy a bunch of used washrags from a thrift store with a linens section (like the PTO Thrift Shop in Ann Arbor).  Used washrags are not only cheaper, but support thrift stores and help cut down on the environmental impact from new manufacturing and sending those used items to landfills.  I’m also told that IKEA sells packs of white terrycloth towels for something like $5/dozen, though I have a bias towards using second-hand rather than buying new.  Cloth towels don’t take up that much space in the laundry – for me, about an extra quarter load of laundry every few weeks, and that includes my other dish towels, cloth napkins, and handkerchiefs.  Compare that to buying 104 rolls of paper towels per person in your household!  The cheapest price at a glance on Amazon is $0.83/roll of paper towels – that’s $87 a year, per person!  I can guarantee I don’t spend $87 a year on cloth towels.

I use cloth towels for:

You’ll need a place to store the cloth towels, and also a place for used towels to go before being tossed into the laundry.  Below is a picture of part of my kitchen.  The red bin on top of the yellow shelves is my used towel bin! 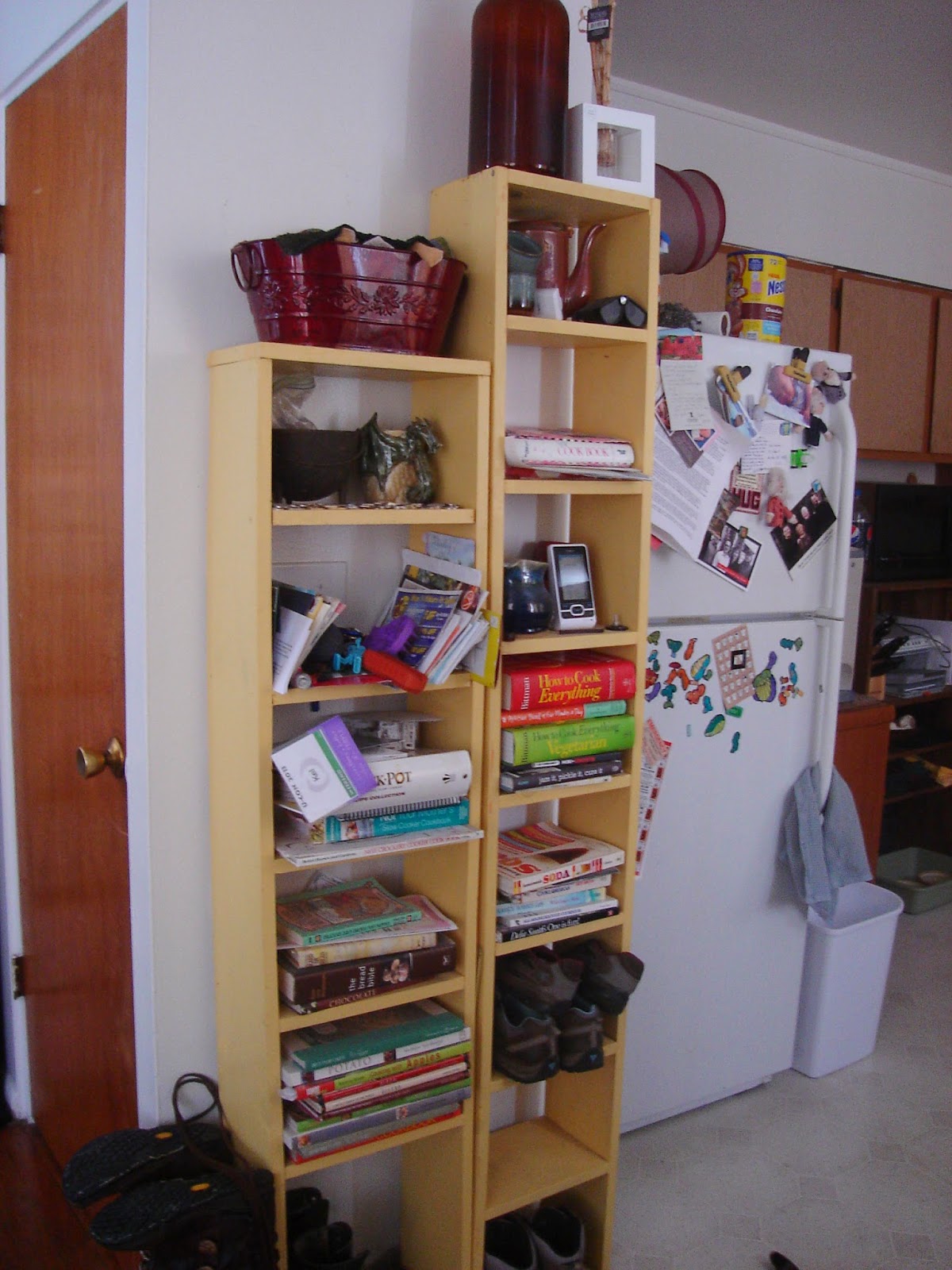 I don’t remember exactly where I got this, but I’m pretty sure it was at either a thrift store or a garage sale.  For a while before finding this one, I had used a cheap plastic bin I found in the clearance section of Target.  This one is much prettier.  🙂 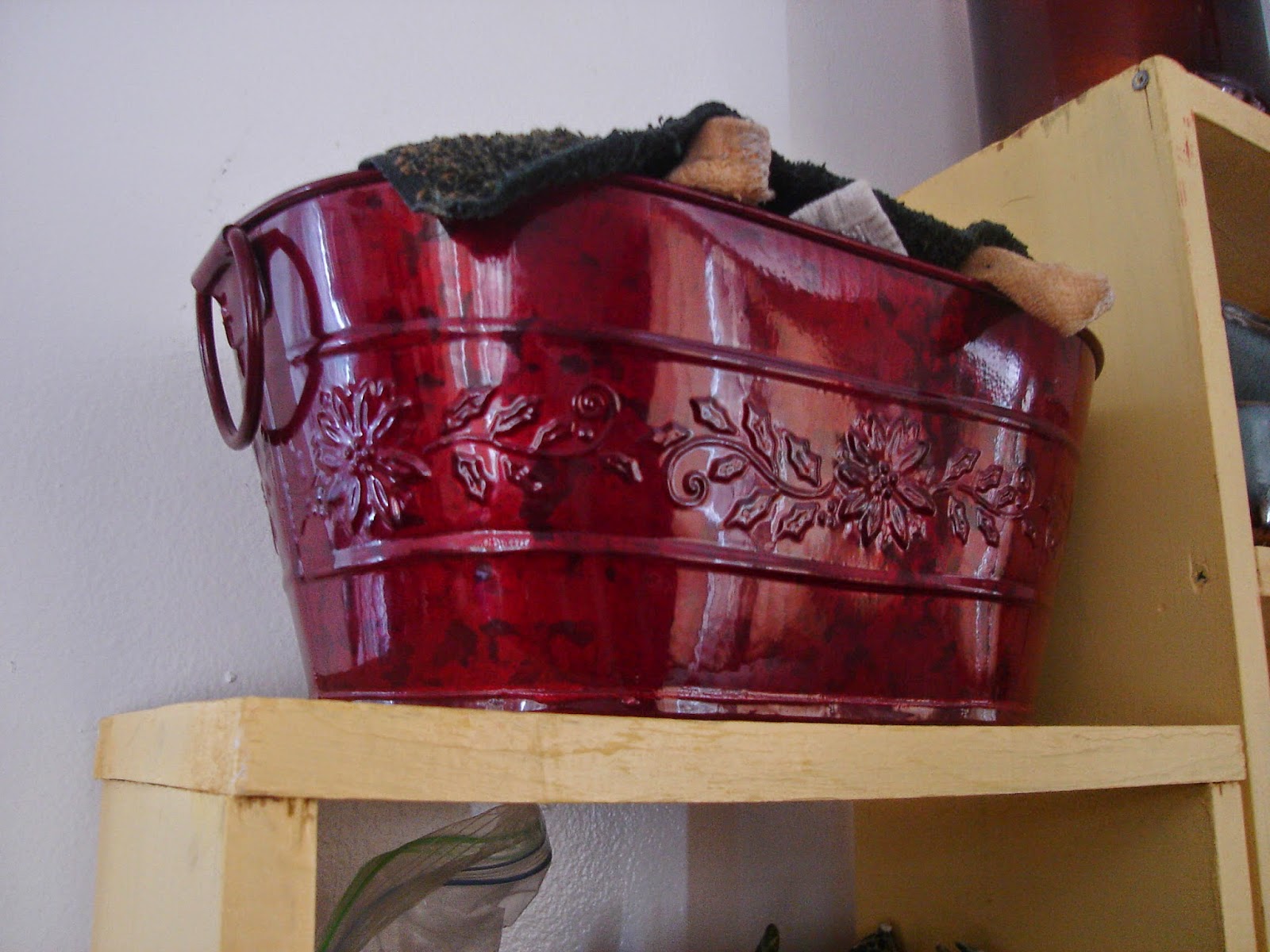 In addition to using cloth towels instead of paper towels, I also use cloth napkins and dish towels in my kitchen.  On the top shelf below you can see the stack of cloth towels (shown spread out in earlier pictures).  On the shelf below that are all of my cloth napkins.  The PTO Thrift Stop in Ann Arbor has an amazing linens section that includes a great array of cloth napkins.  All of my napkins have been purchased either there or at garage sales, for less than $1 each. 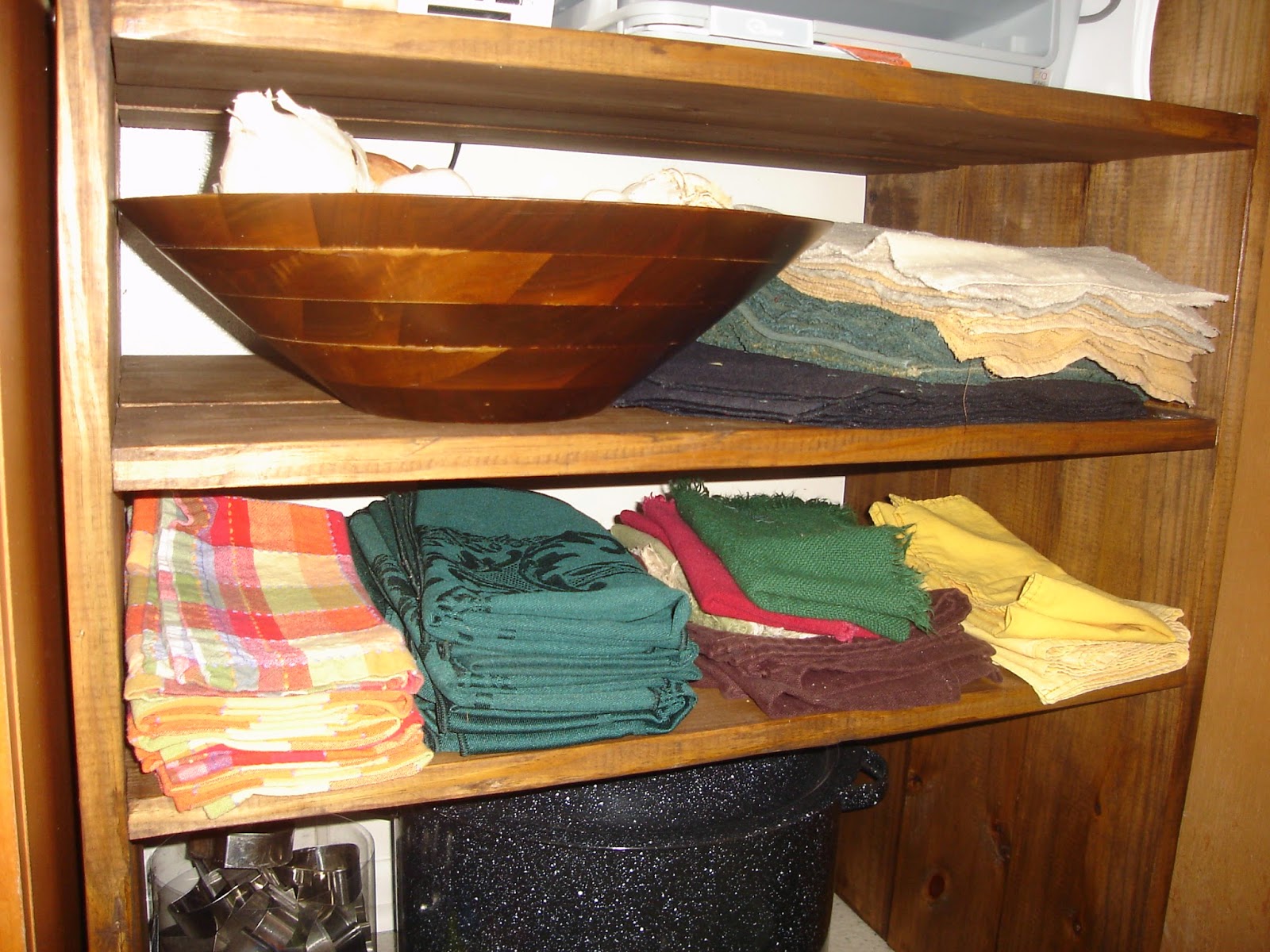 In a nearby drawer I keep regular dish towels.  These are primarily used for drying dishes (I don’t have a dishwasher) and as hot pads/trivets.  They are also used occasionally to mop up spills if one of my cats knocks over a water glass. 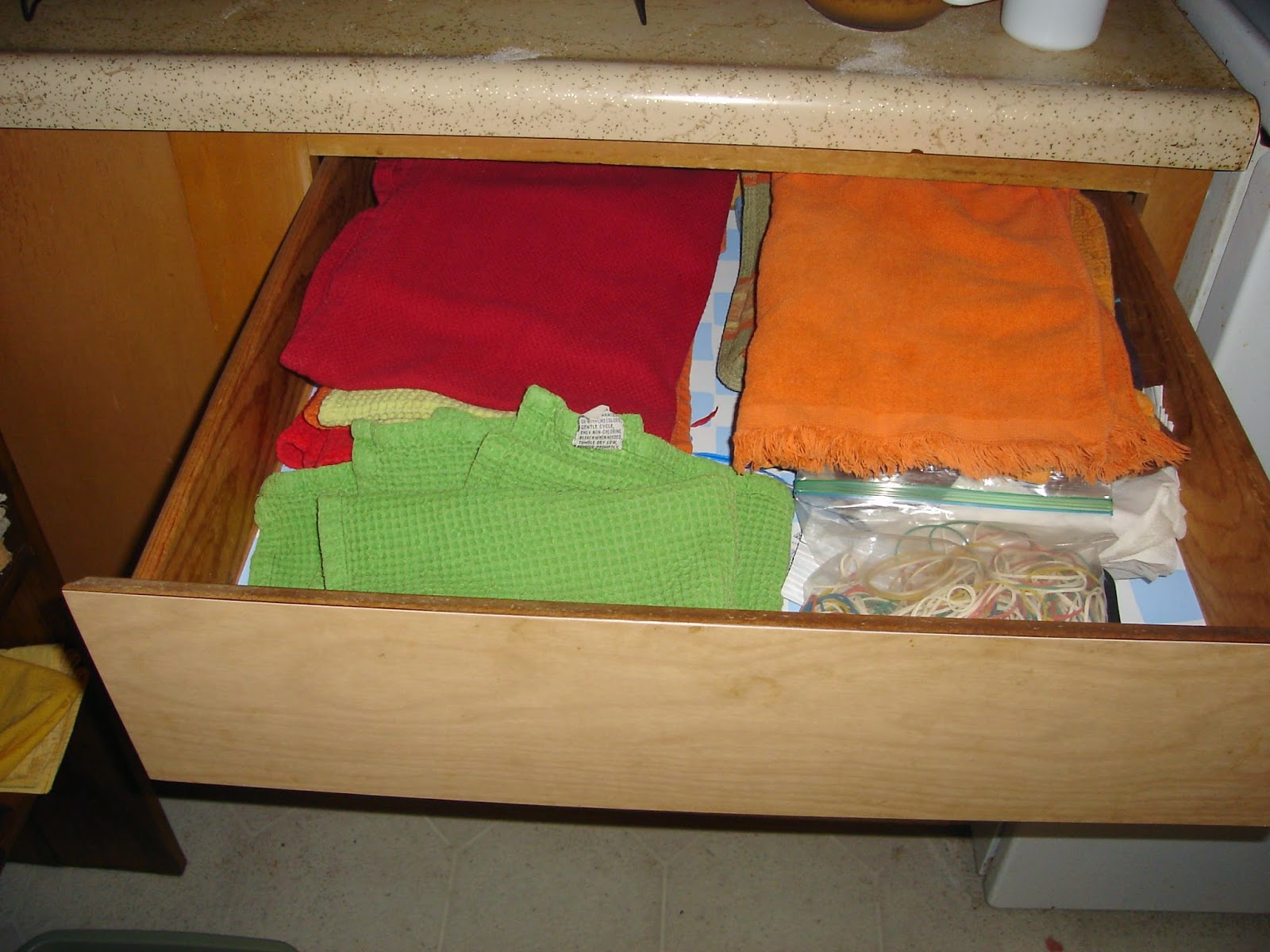 The idea we’re fed that paper towels make your life easier and cheaper is a complete lie, in my experience.  Using cloth towels is far less expensive and drastically cuts down on the amount of trash produced.  I strongly encourage switching primarily to using cloth towels, and save the paper towels for the gross projects.  ~Kell