AEthelmearc is located in central/western Pennsylvania, western New York, and West Virginia.  The Pennsic War (officially between the East Kingdom and the Middle Kingdom) occurs on AEthelmearc land.

The weave for the Kingdom of AEthelmearc is a basketweave (or baltic) pick-up pattern based on the white escarbuncle in its heraldry.  This is my favorite form of pick-up weaving, and I’ve explained it in a few previous posts.

In the above pattern, the white is the normal resting pick-up strands, and the light red is where I have dropped the threads. 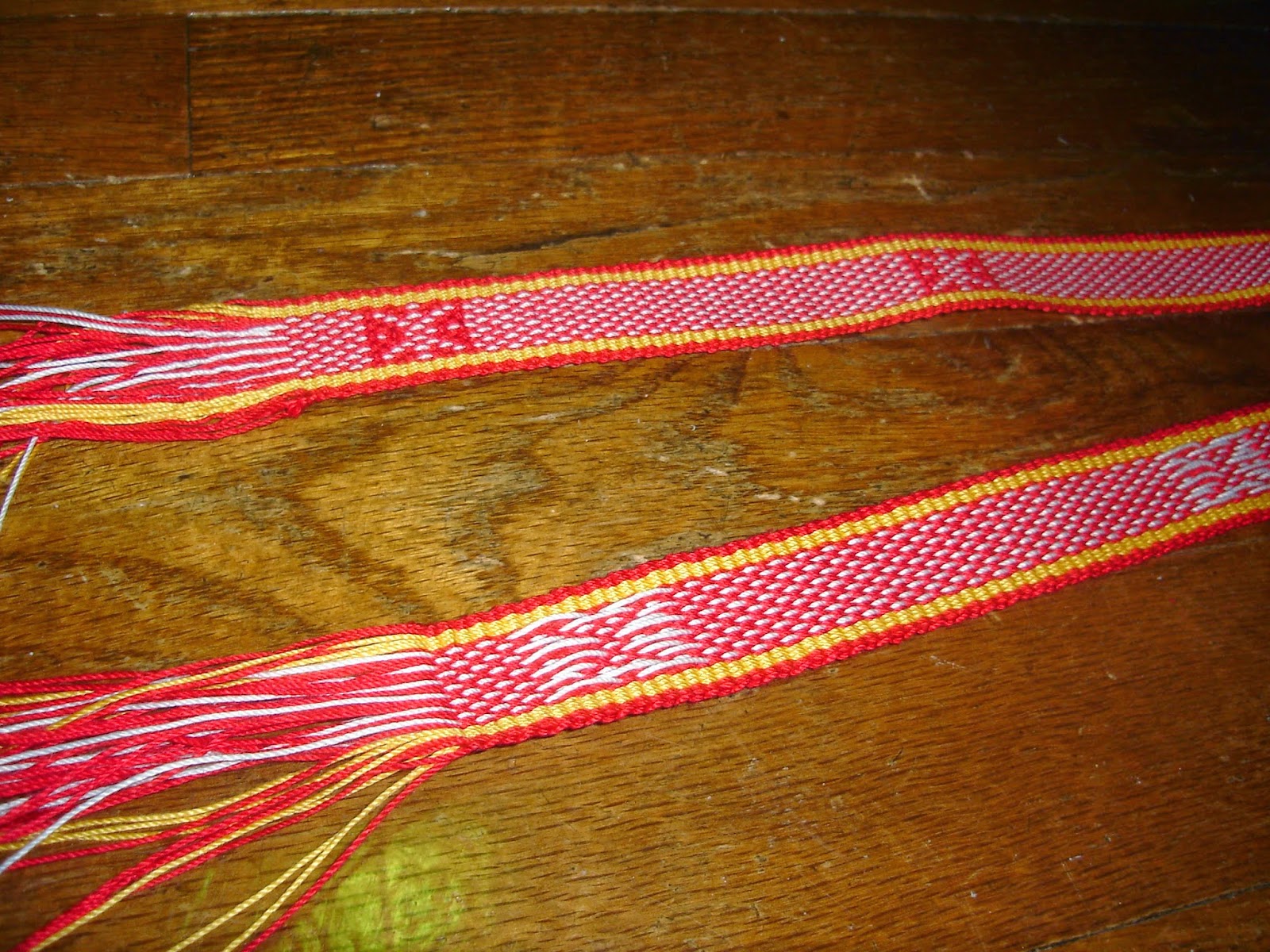 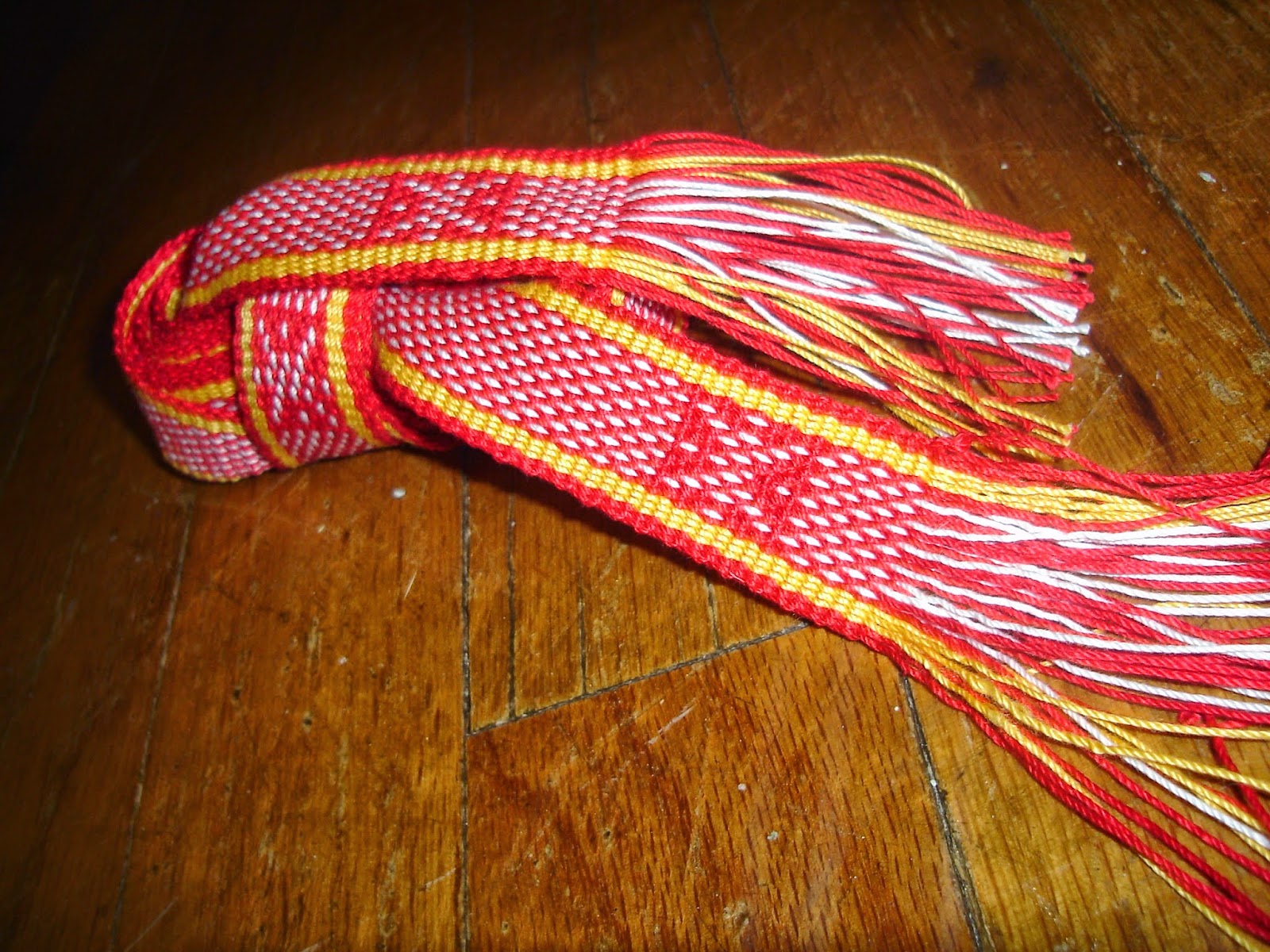 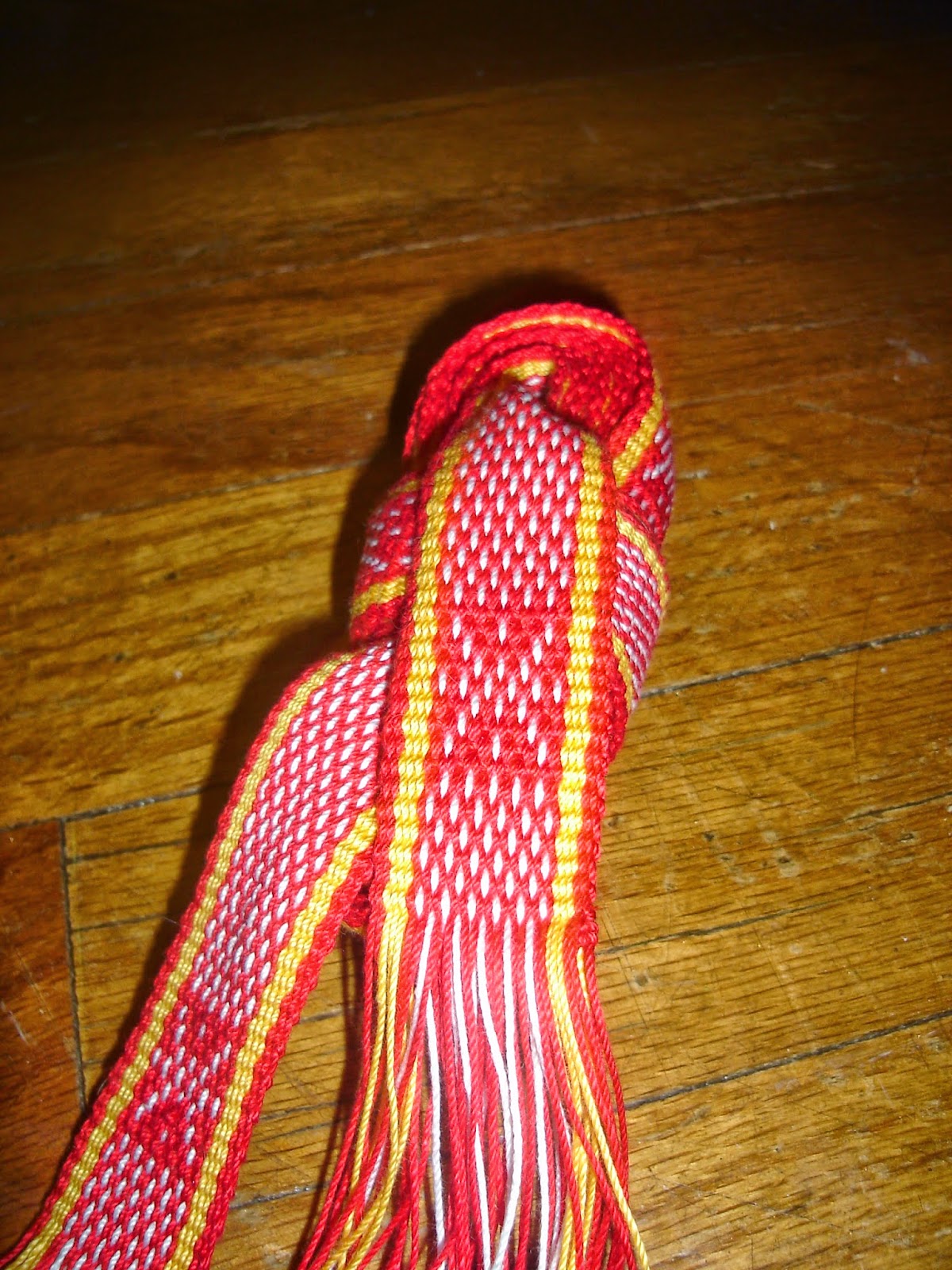 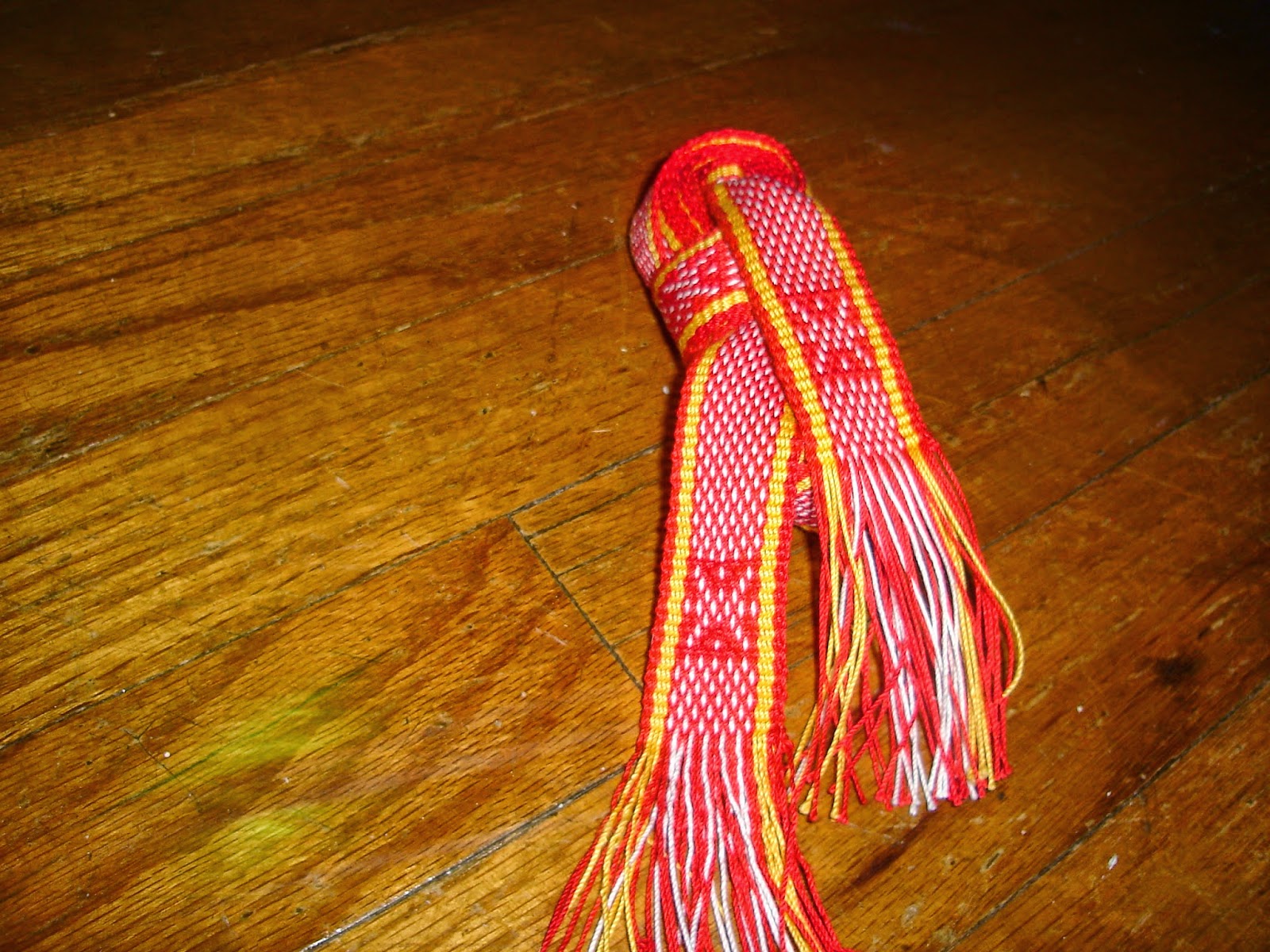 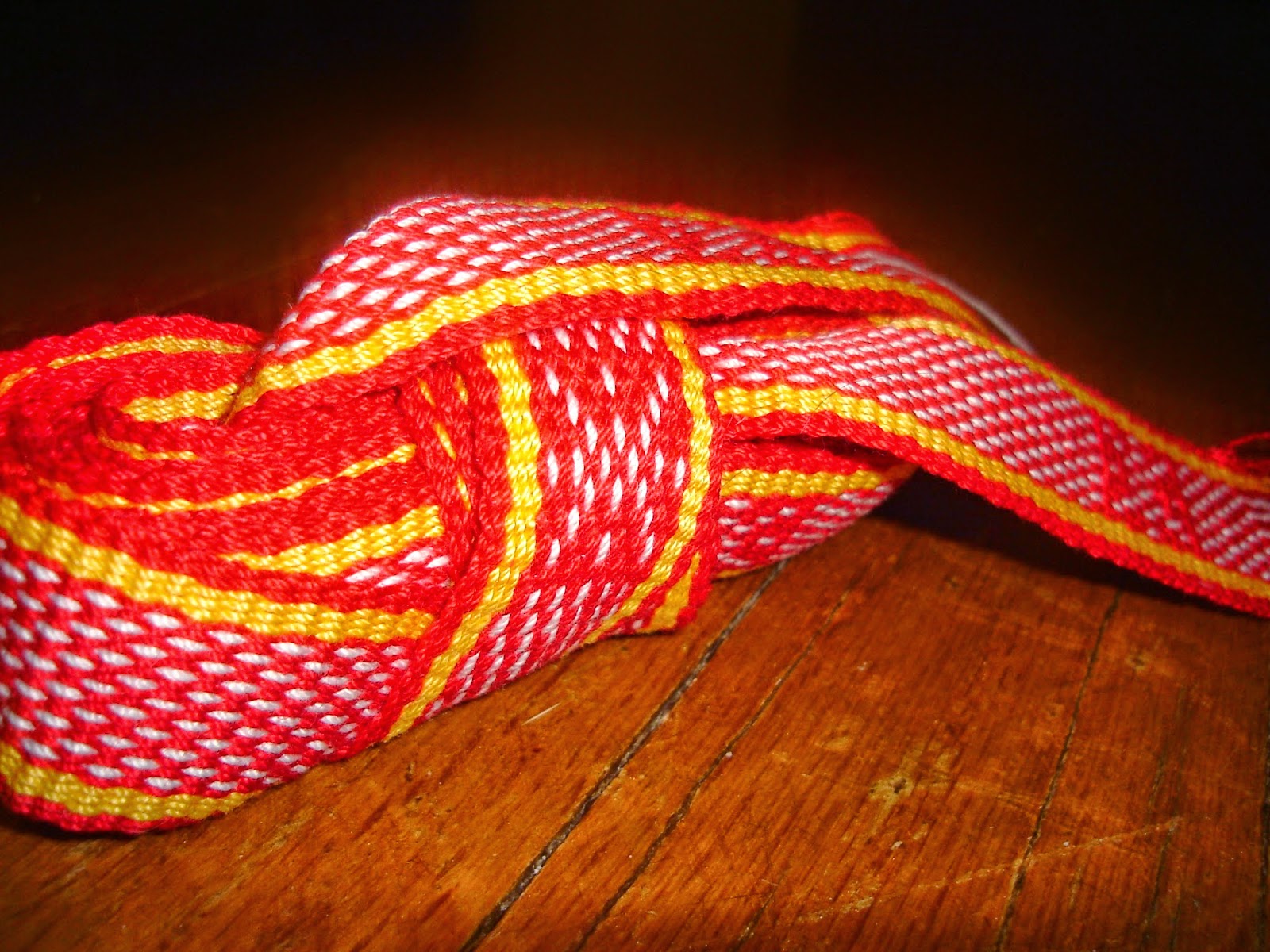 The Kingdom of Gleann Abhann covers the mundane (aka “modern” or “non-SCA”) lands of Mississippi, Louisiana, most of Arkansas, and Memphis, Tennessee.  For their heraldy, I tried my first piece of brocade work!  Brocade weaving uses extra weft threads (the back-and-forth horizontal threads, not the long warp threads that go the length of the weave) to create a pattern on top of the warp threads.

Below is the pattern I sketched on inkle weaving paper to mimic the red and black heraldric background with a white ram rampant on it. 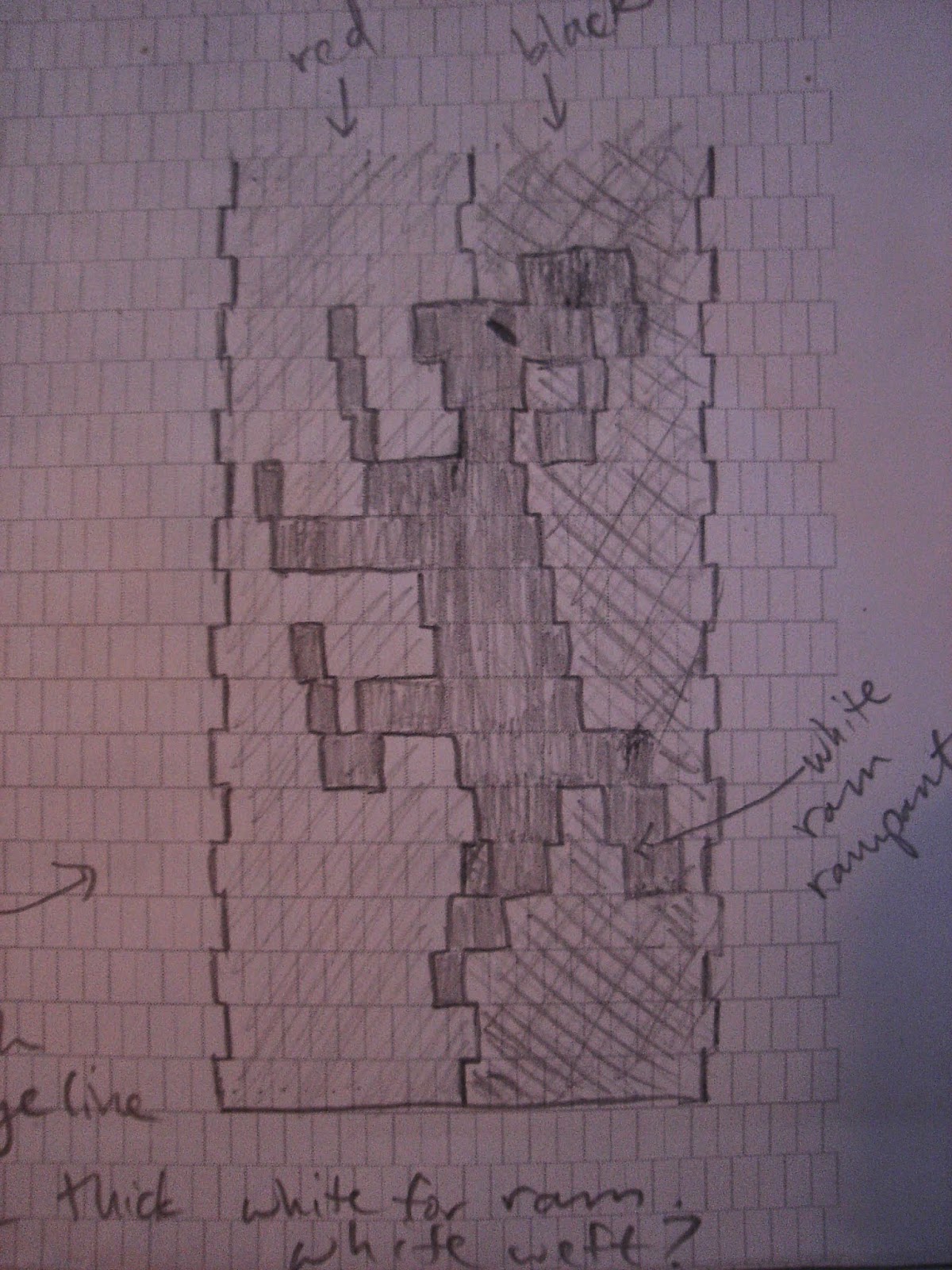 Unlike the nicely-drawn pattern above, brocade does not form a solid picture from line to line in the weaving, but leaves gaps between the lines.  I learned this as I played with the brocade.  Below you can see two different versions I made of this brocade pattern.  If I remember correctly (I wove this last fall), the bottom version, woven first, only has two brocade threads, and the top version has three.  I added an extra thread to try and thicken the brocade pattern to make the ram more recognizable. 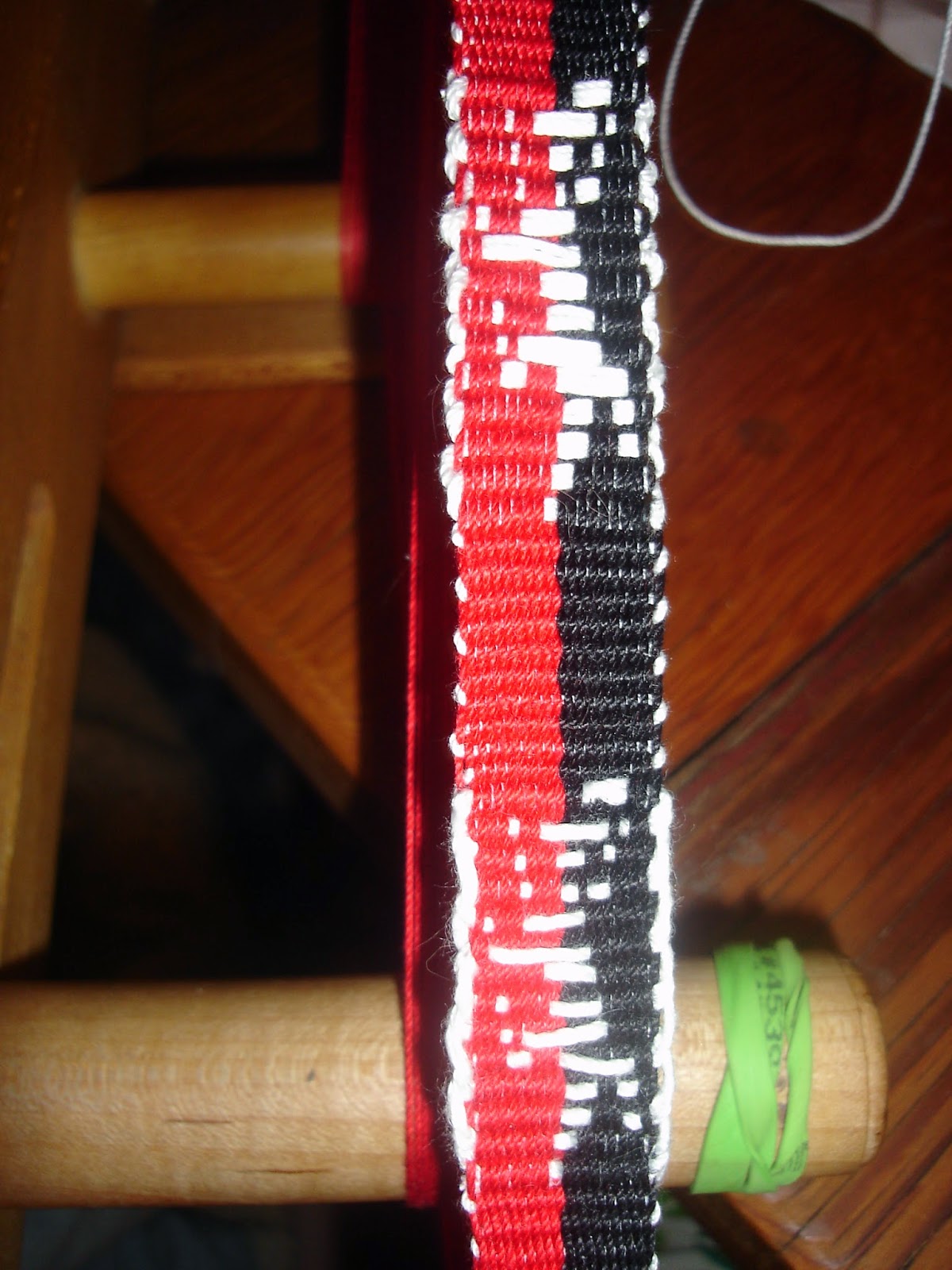 You can also see how the brocade threads show up at the edges of the pattern.  This can made less noticeable if you have a woven border that matches the color of your brocade threads.  I started with two brocade threads to try and make it even, passing the threads through from opposite directions so that each side would show the same extra white.  When I added the third brocade thread, I made sure it was opposite the normal weft thread, so that there were two threads passing over each side on each pass of the shuttles. 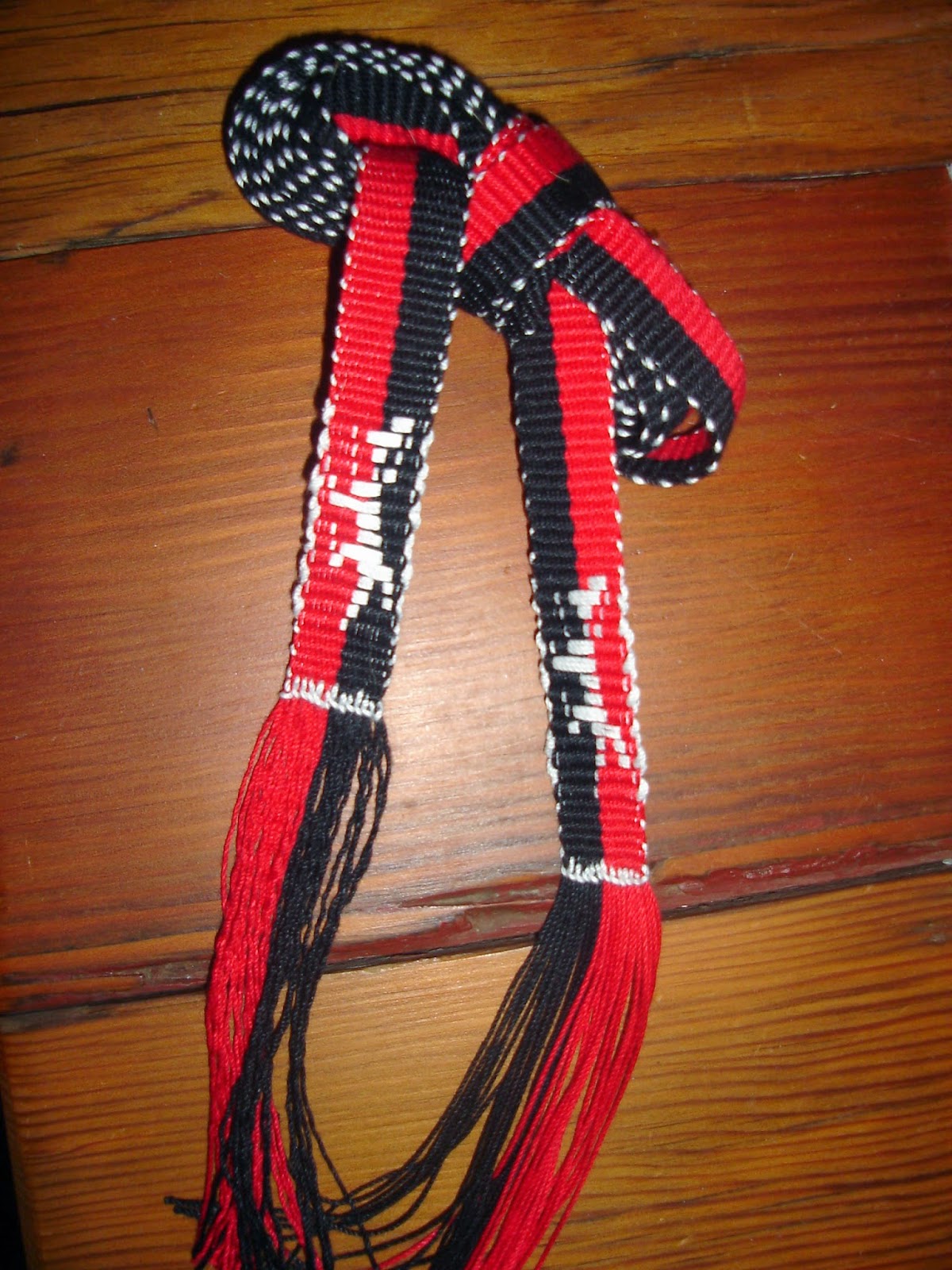 The final result turned out fairly decent, I think.  Brocade is definitely not in my list of favorite things to do with weaving, though – it is very, very slow.  I am amazed when I see weaves that have brocade along the entire length of the piece, because that took a lot of work to make.  I’m sure I’ll play with it some more in the future, but for now another brocade pattern has not yet struck my fancy.