These are a bunch of photos I shot when the kids were really small – between 9 weeks and 13 weeks old (the time span between getting the cats and DeForest going to the hospital), playing on the cat tower I built for them. 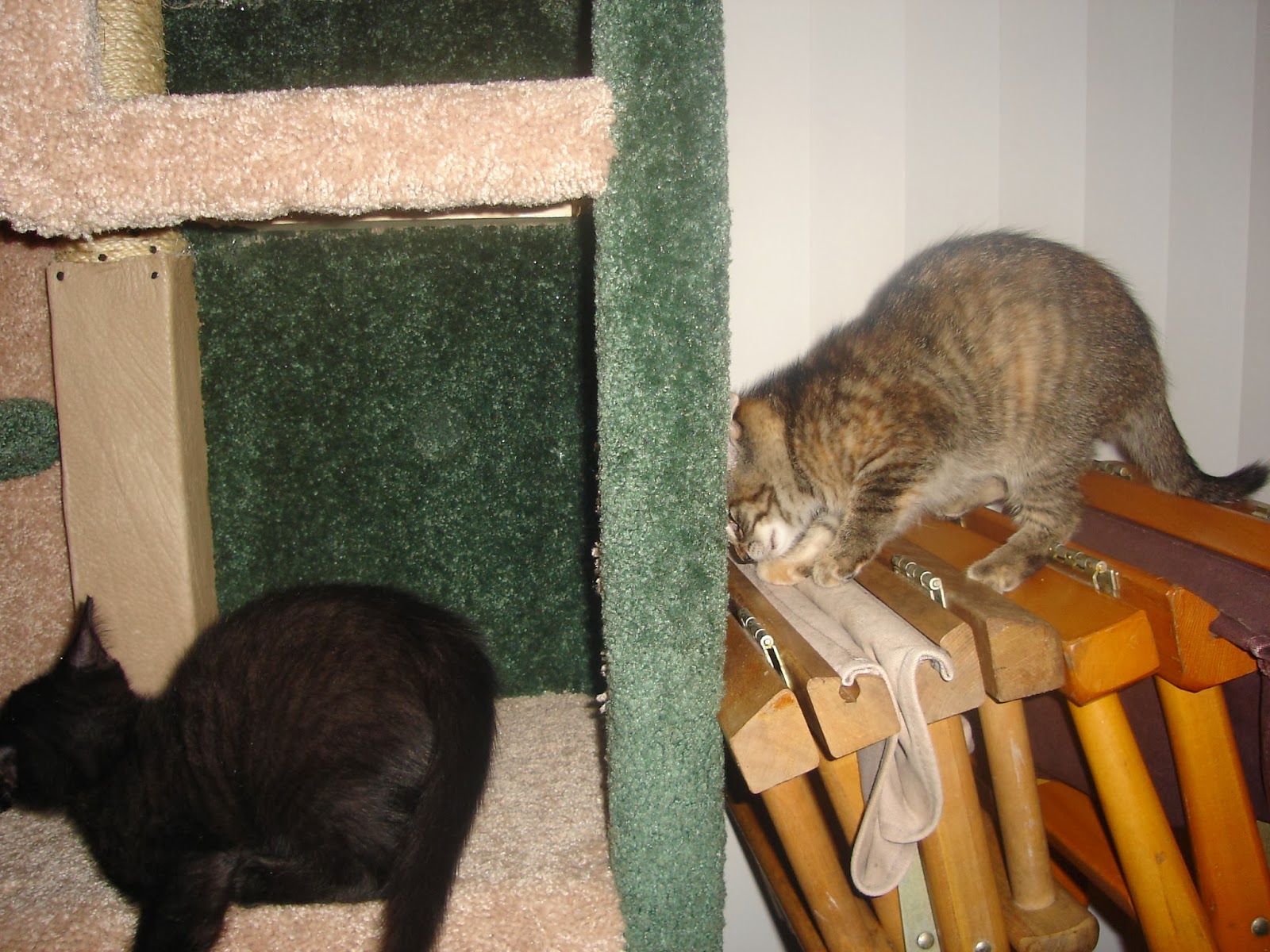 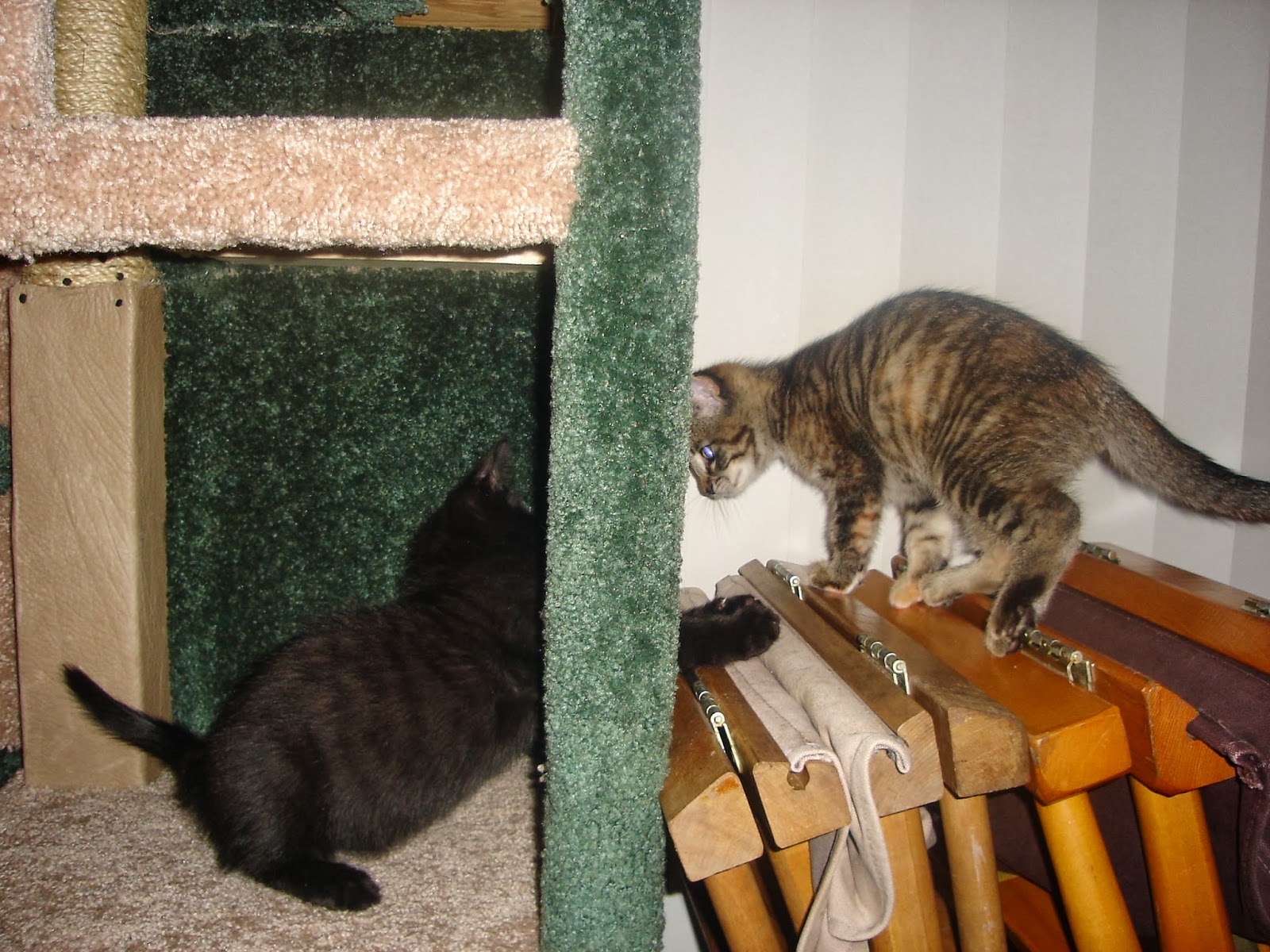 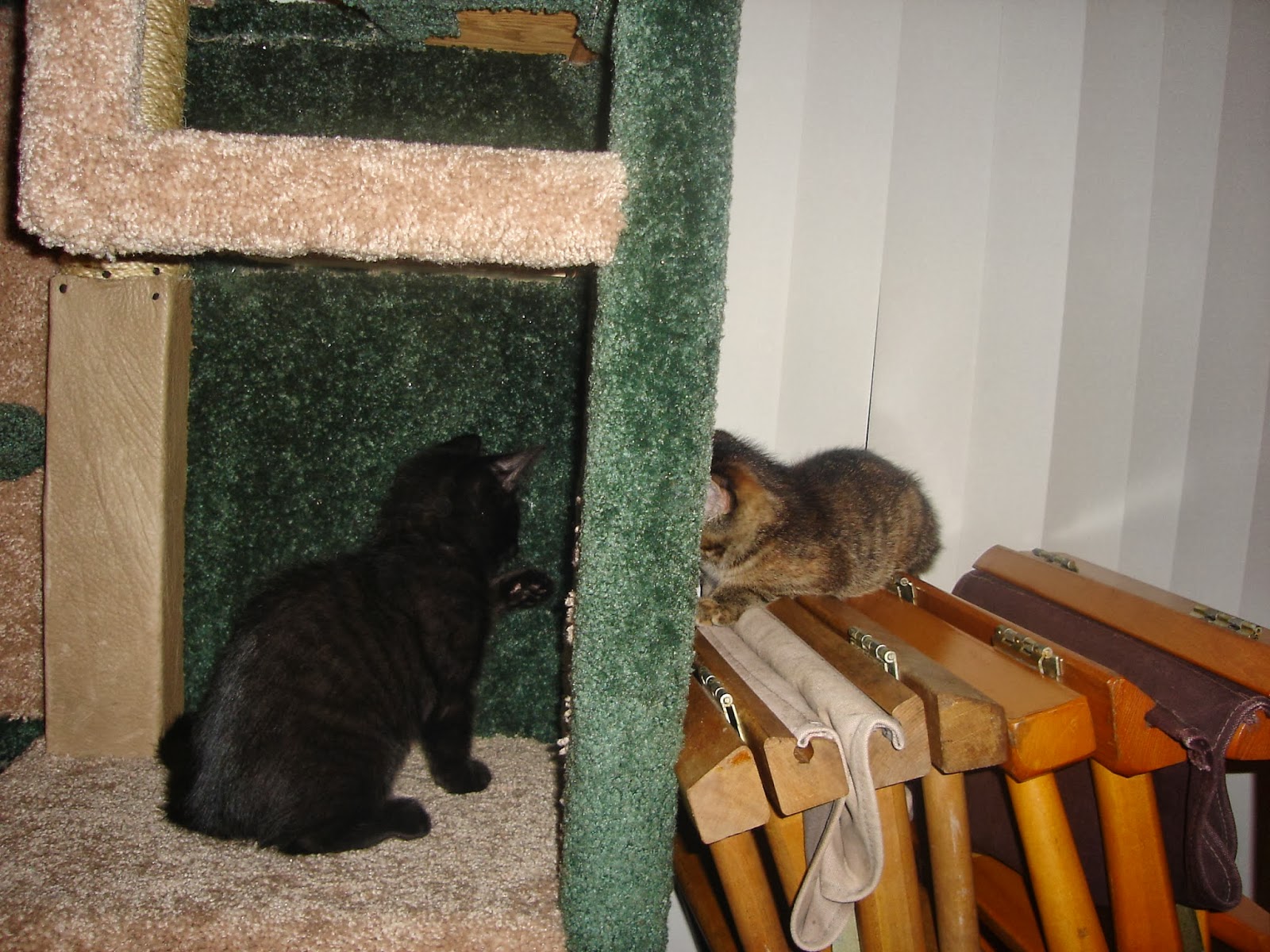 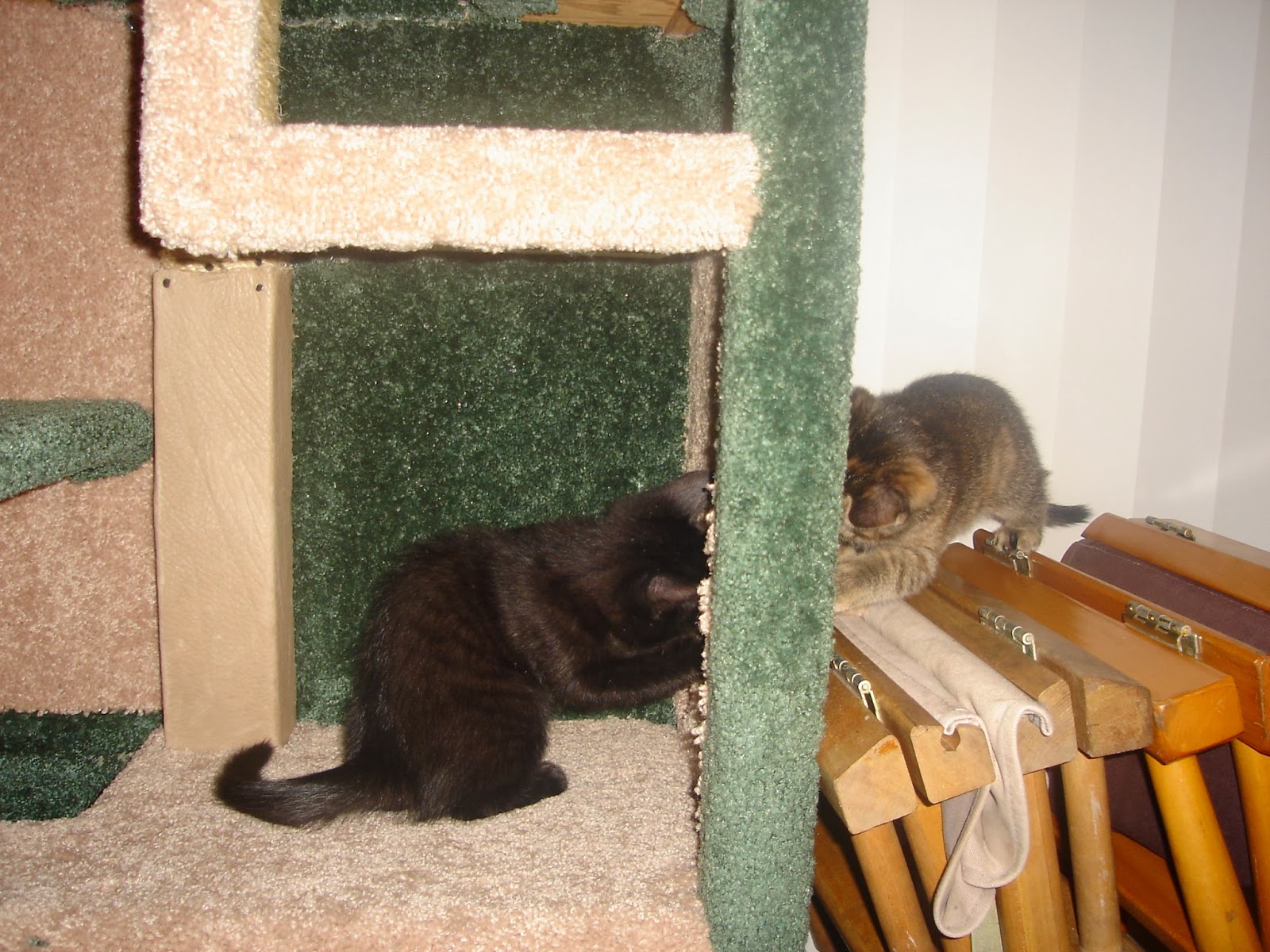 You can see Gnome’s eyes peering through the hole at Kobold. 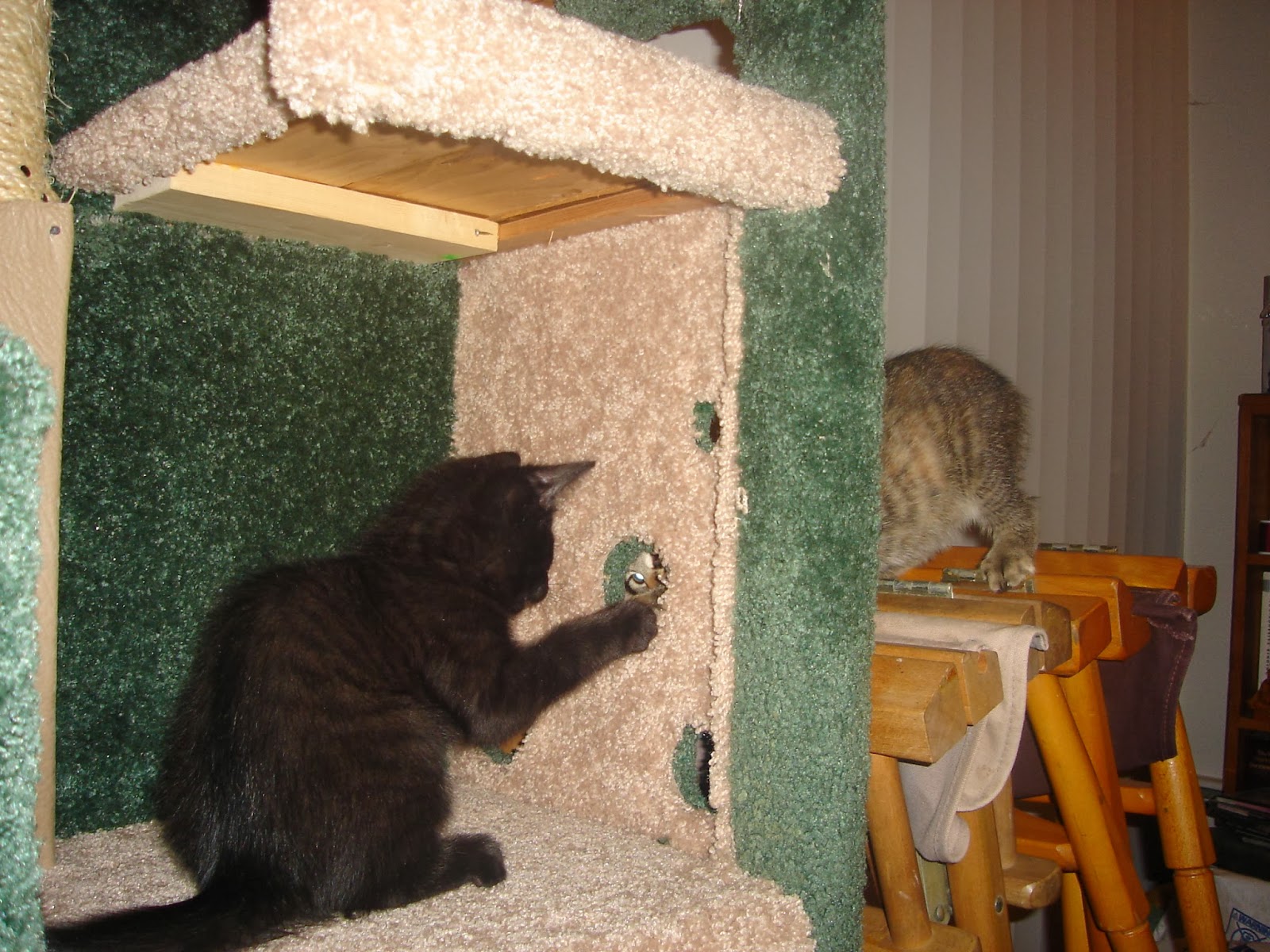 You can also see how striped Kobold was.  The stripes appear to mostly have faded with time (he seems more solid black now, at almost 2 years old).  They were quite striking under a camera flash when he was a kitten, though. 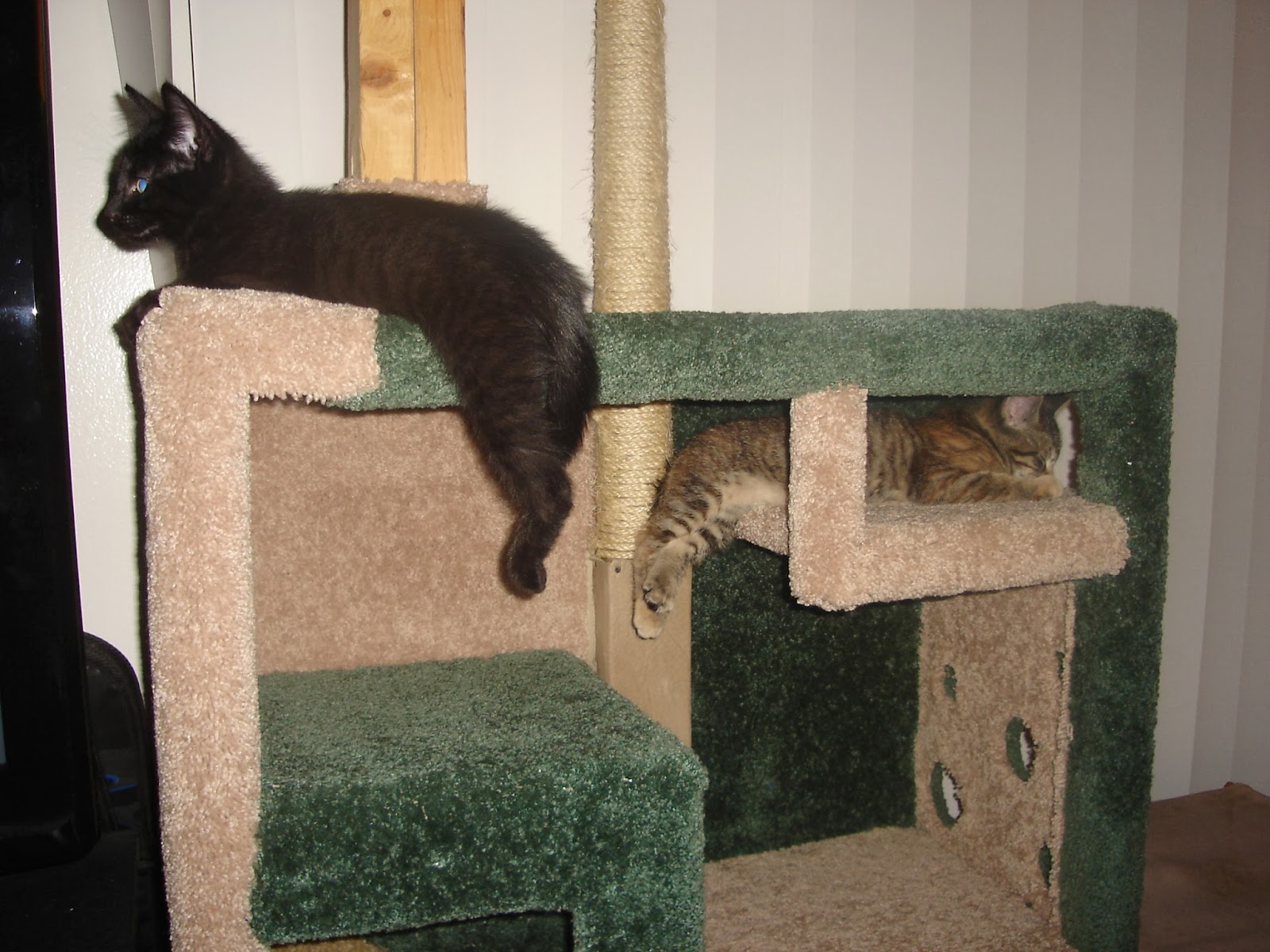 Curled up together in the box bed… They still sometimes sleep together in here, but more accurately what happens in Gnome is curled up in it (taking up the entire space now, full grown), and then Kobold lays himself on top of her until she decides she’s had enough of being sat on (which can take a couple minutes to a several hour-long nap). 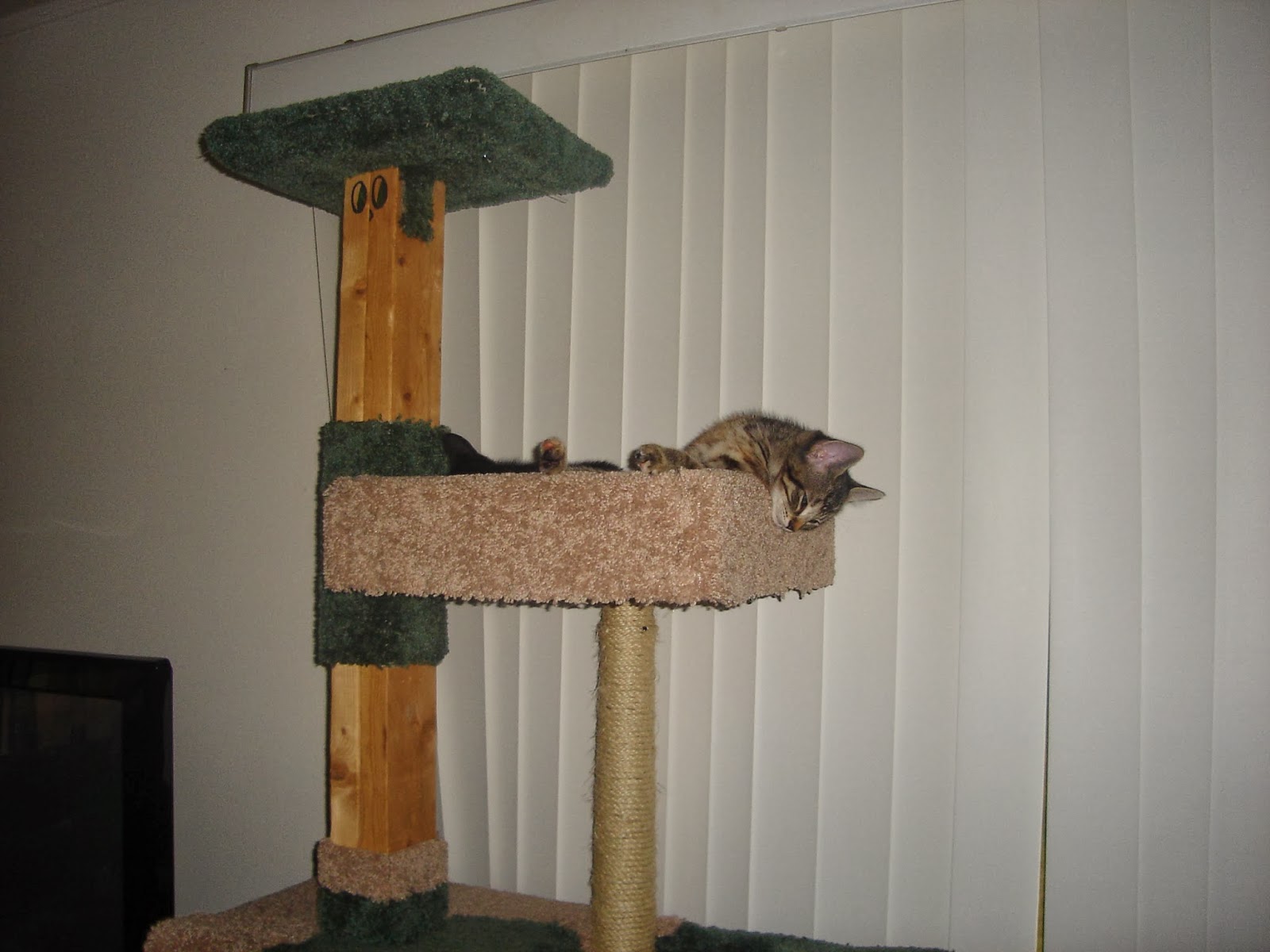 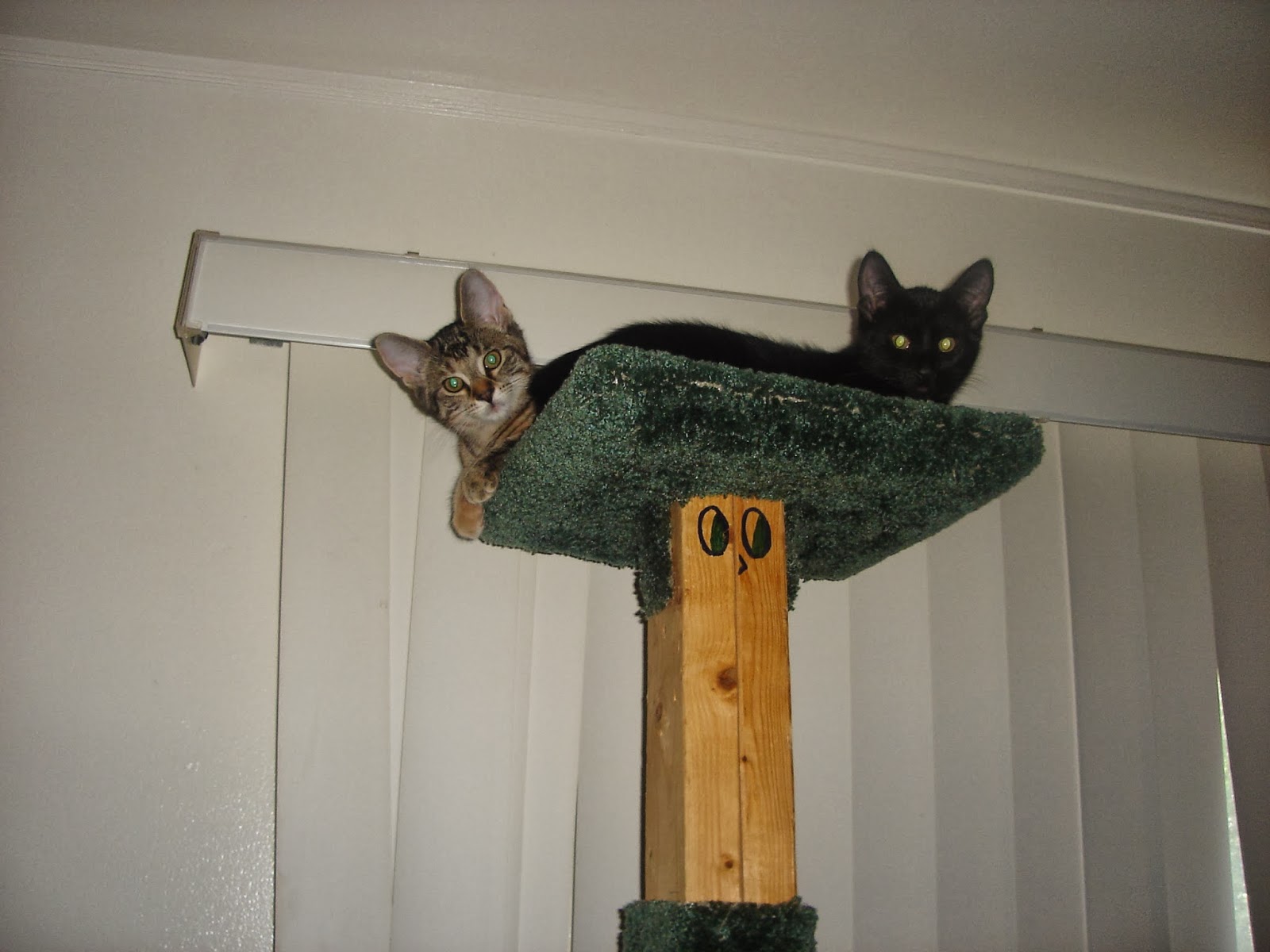 Hanging out together, way up high!  Now only one of them fits up there at a time. 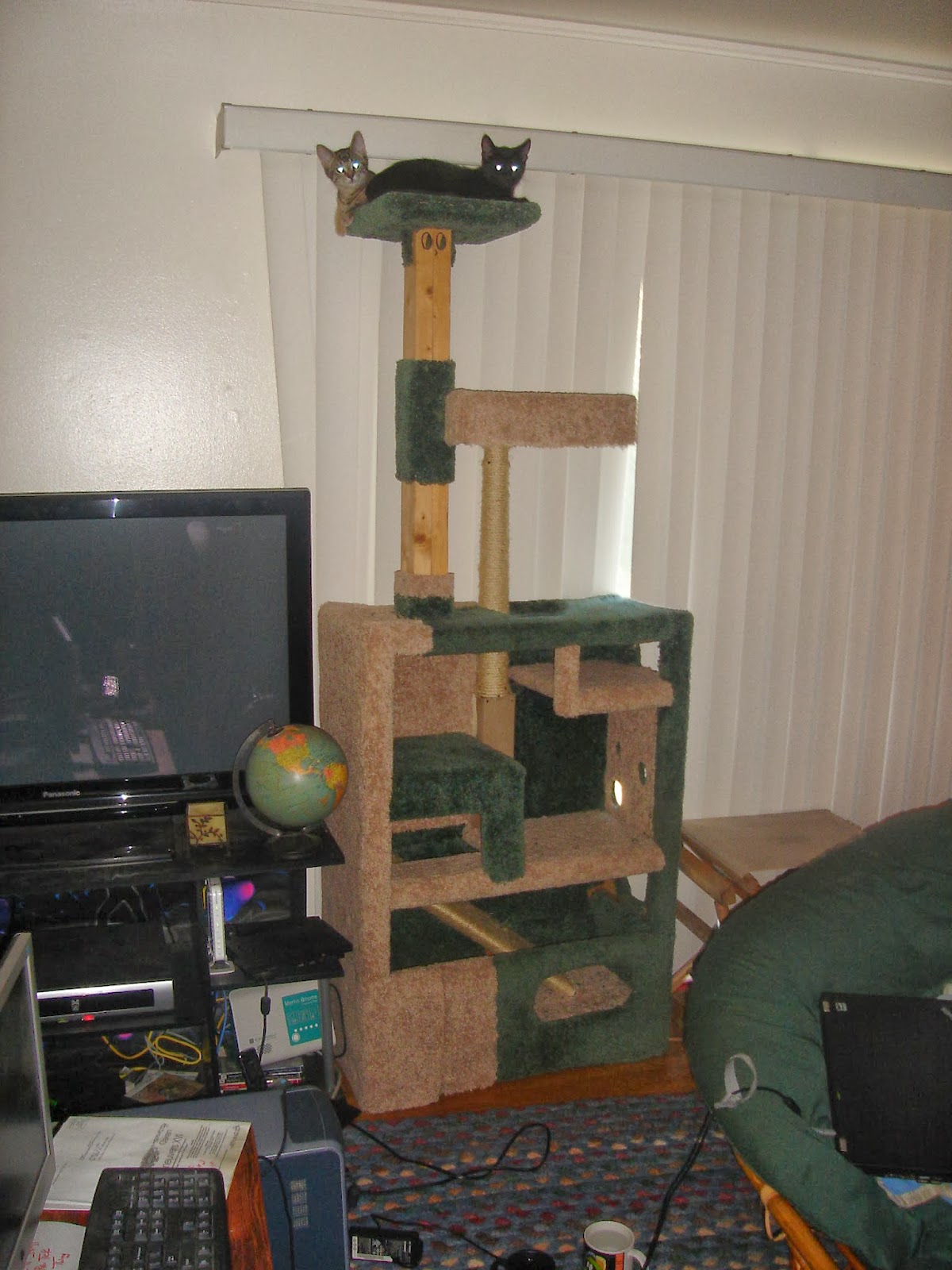 Love my cats!  They still adore the cat tower and use it every day for hours.  So glad I built it for them.  Plus, I think it keeps them active and fit, climbing up and down all the time.  My cats have no problems with weight or agility.  🙂