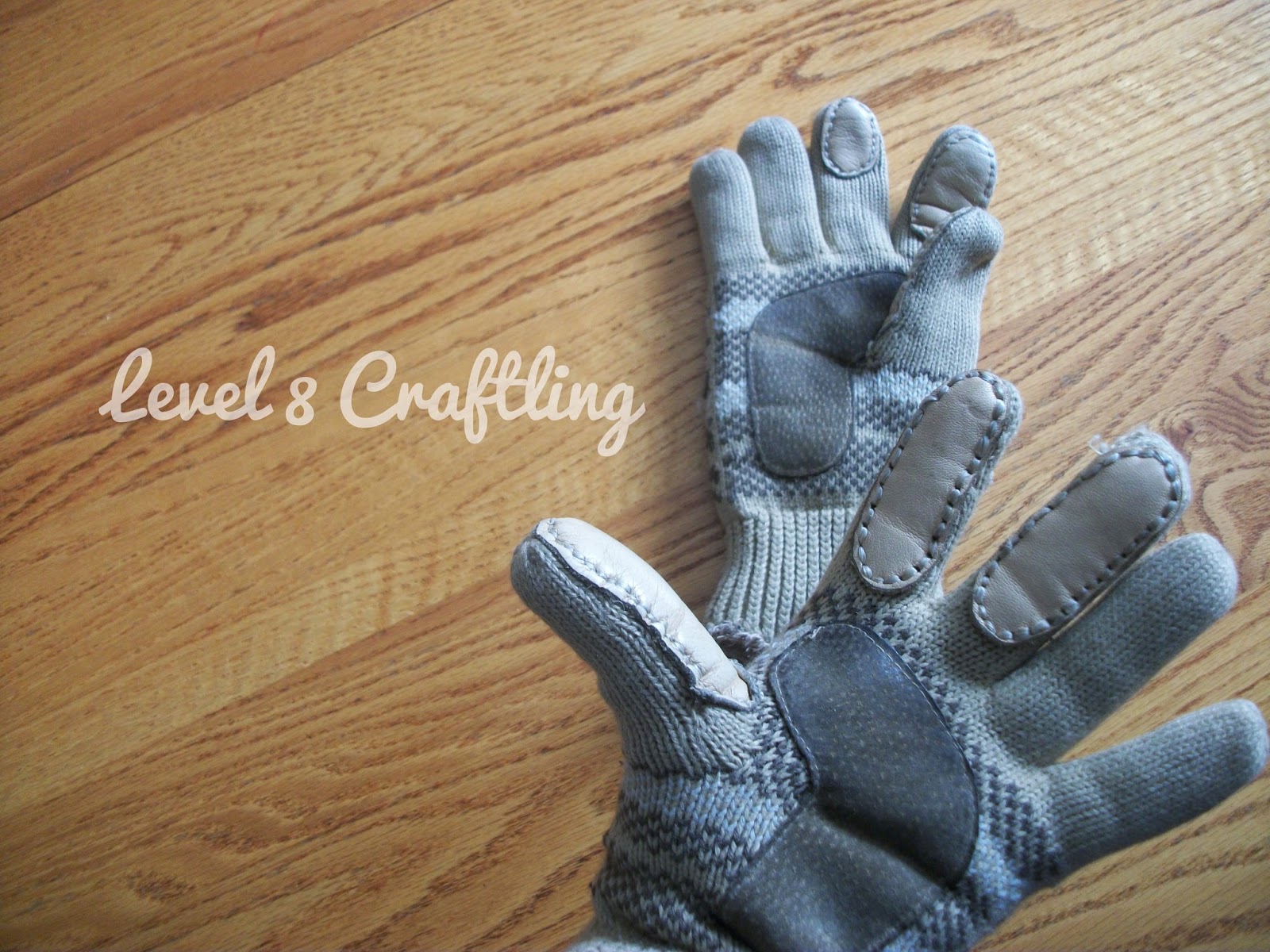 One of my favorite pairs of gloves started falling apart last winter.  I believe strongly that we throw away too many things in our culture, and I was determined to fix them.  It worked beautifully!  In this post I will show you how you can fix this problem on your own favorite gloves.

The before picture above shows just how bad the gloves were doing – holes in the first two fingerpads were growing, and the thumb hole had grown so large that the outer layer was hanging off the thumb entirely.

The first step in fixing glvoes is to sew down the existing holes, as they tend to gape open. Pick any color of thread or embroidery floss (it will be hidden in the end).  While wearing the glove, sew the gaps as tight as they want to naturally go.  The edges don’t need to be touching, just tacked down. 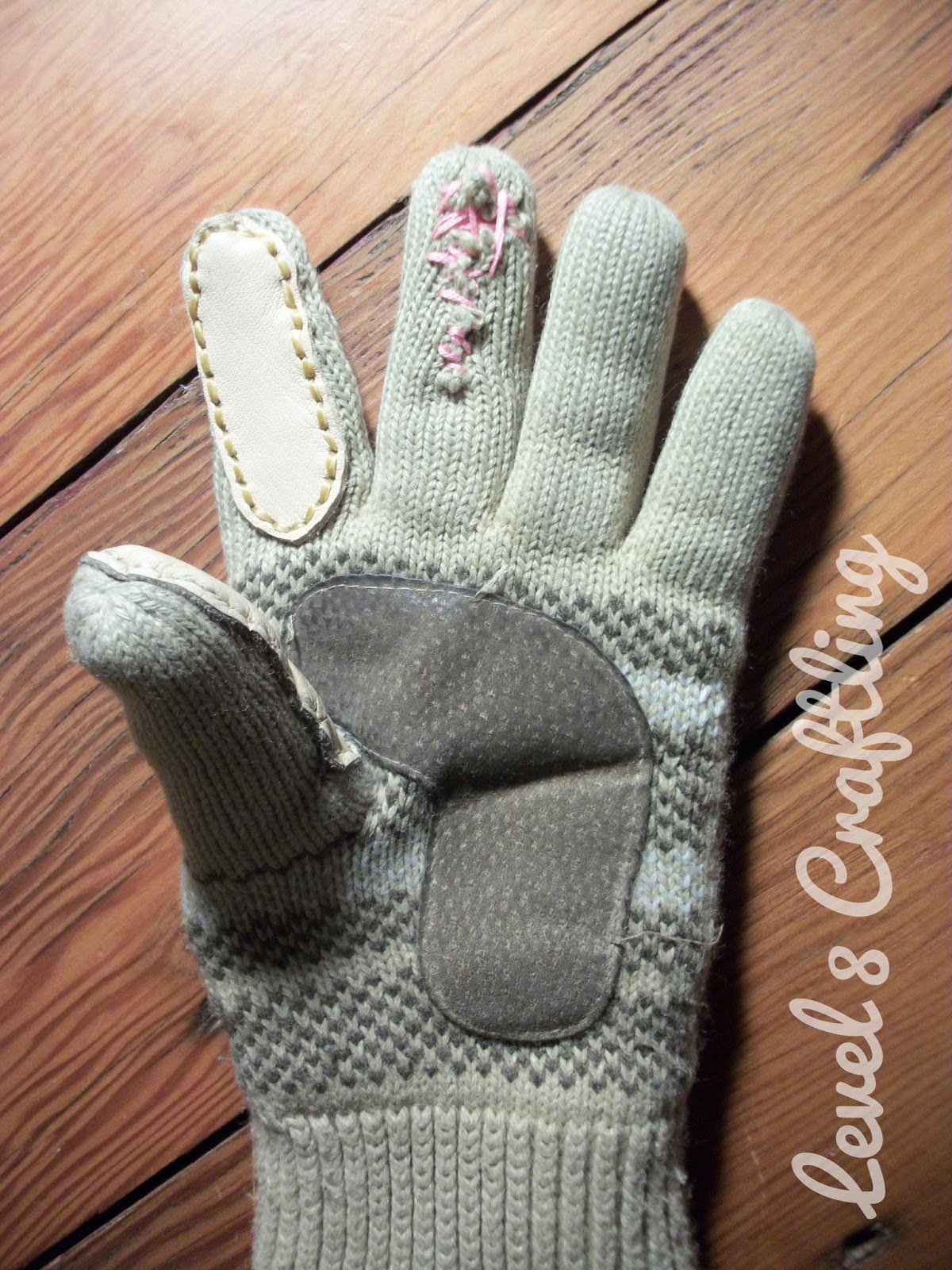 Cut out small pieces of leather in the shape of the desired patches.  Take an awl and poke holes evenly around the edges of the leather patches. 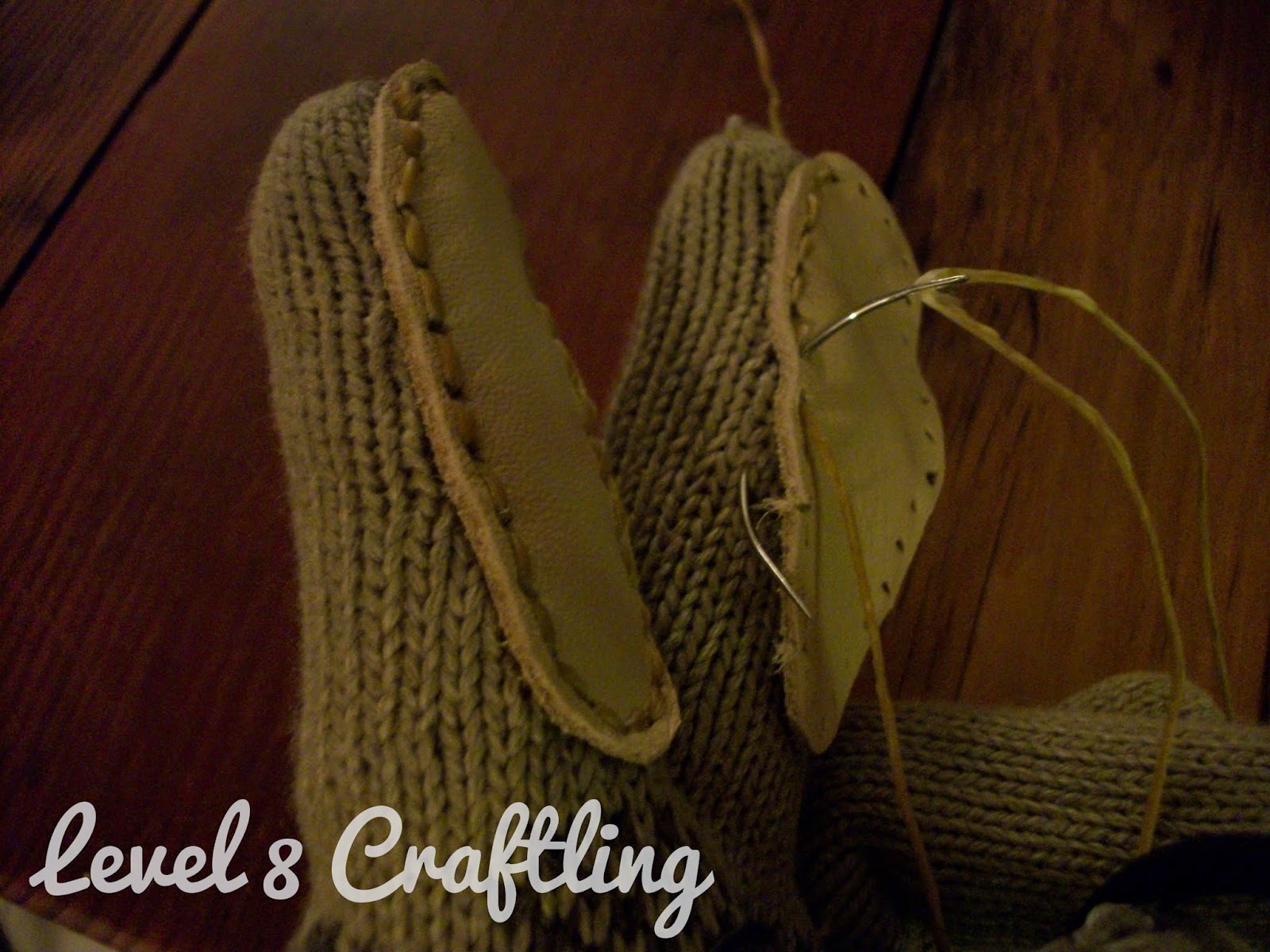 The sewing is most easily done with a curved needle.  You want to wear the glove while sewing the patch on.  This prohibits you from sewing the back of the fingers to the front (sewing them shut by accident) and means they will be the correct size when finished.

I use artificial sinew to sew on my patches, as I do with all of my leatherwork, but you can also use heavy duty thread or thick embroidery floss.  Saddle stitch would be very difficult to do here, so use a backstitch, which is similar in strength.  Each stitch starts one hole back and goes forward two holes. 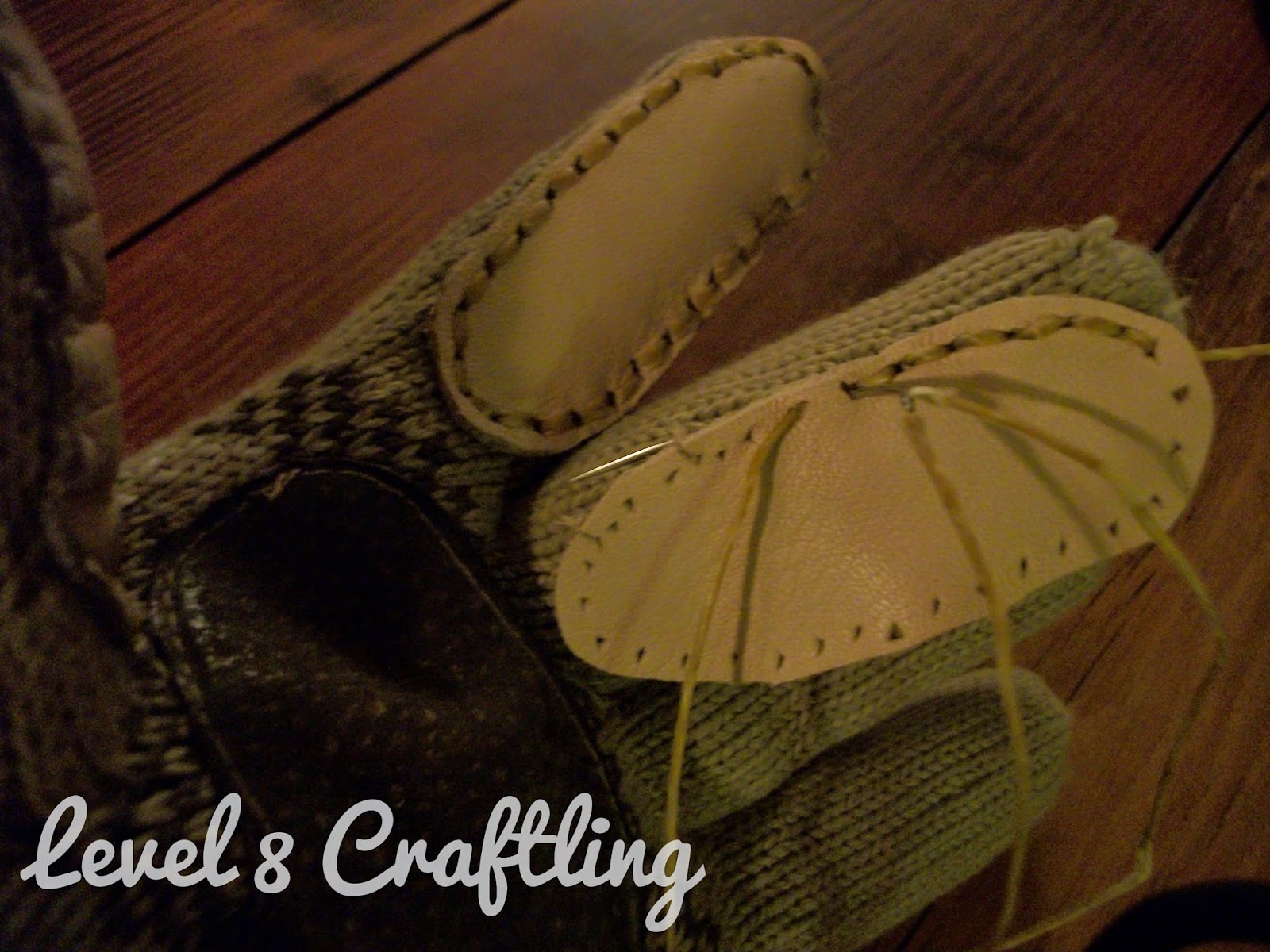 If it’s too hard an angle to get the needle to come out directly through the second hole, let it come out underneath the leather patch to the side (coming out of the glove below the hole you want it to secure).  Pull the thread through, and then pull the needle up through the hole in a second motion.  Then you can backstitch and start the next stitch.  Repeat until finished!  Tie off the ends beneath the patch (between the patch and glove), weave the ends through the glove a bit to hide them, and then snip them.  This completely hides the knots. 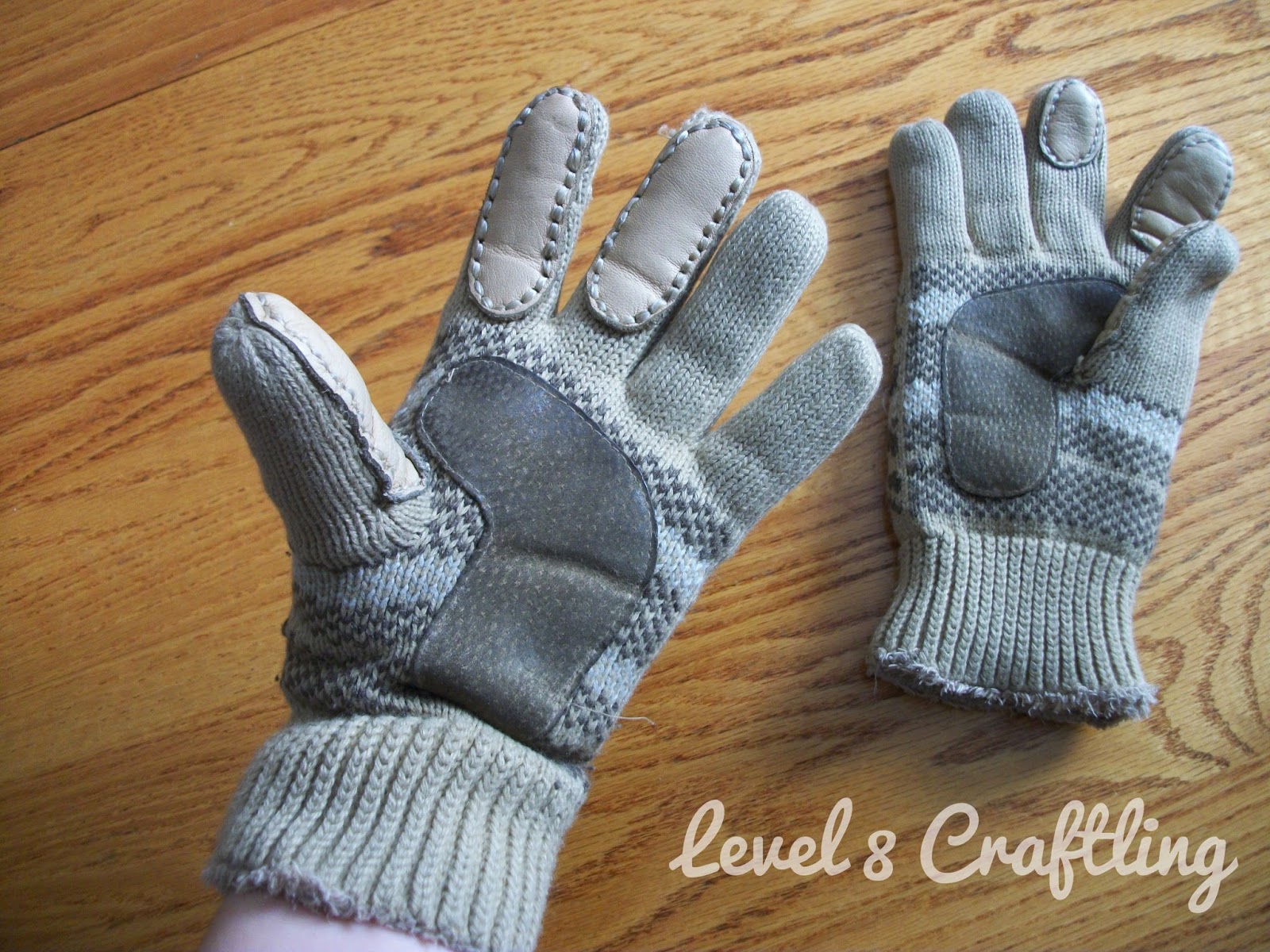 The fingers felt a touch tighter at first, but loosened up quickly to be comfortable again. 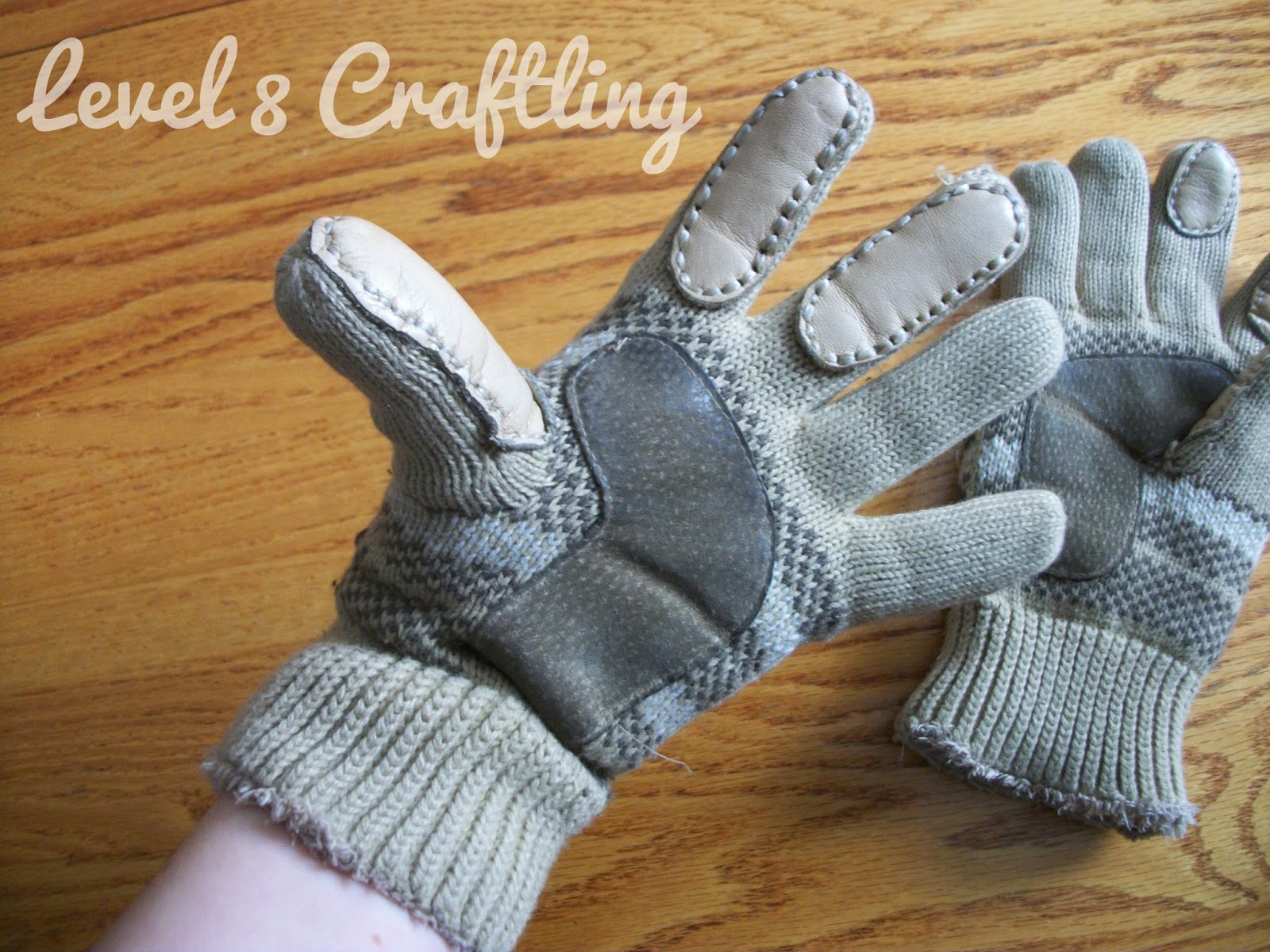