I just made the coolest shirt, and I’m going to share how to make it with you!  I’m so excited by how this turned out.  It’s a spiderweb shirt, just in time for Halloween.  This shirt takes a lot of patience to make, but it’s definitely worth the effort.  Read on to find out how to make your own spiderweb shirt! 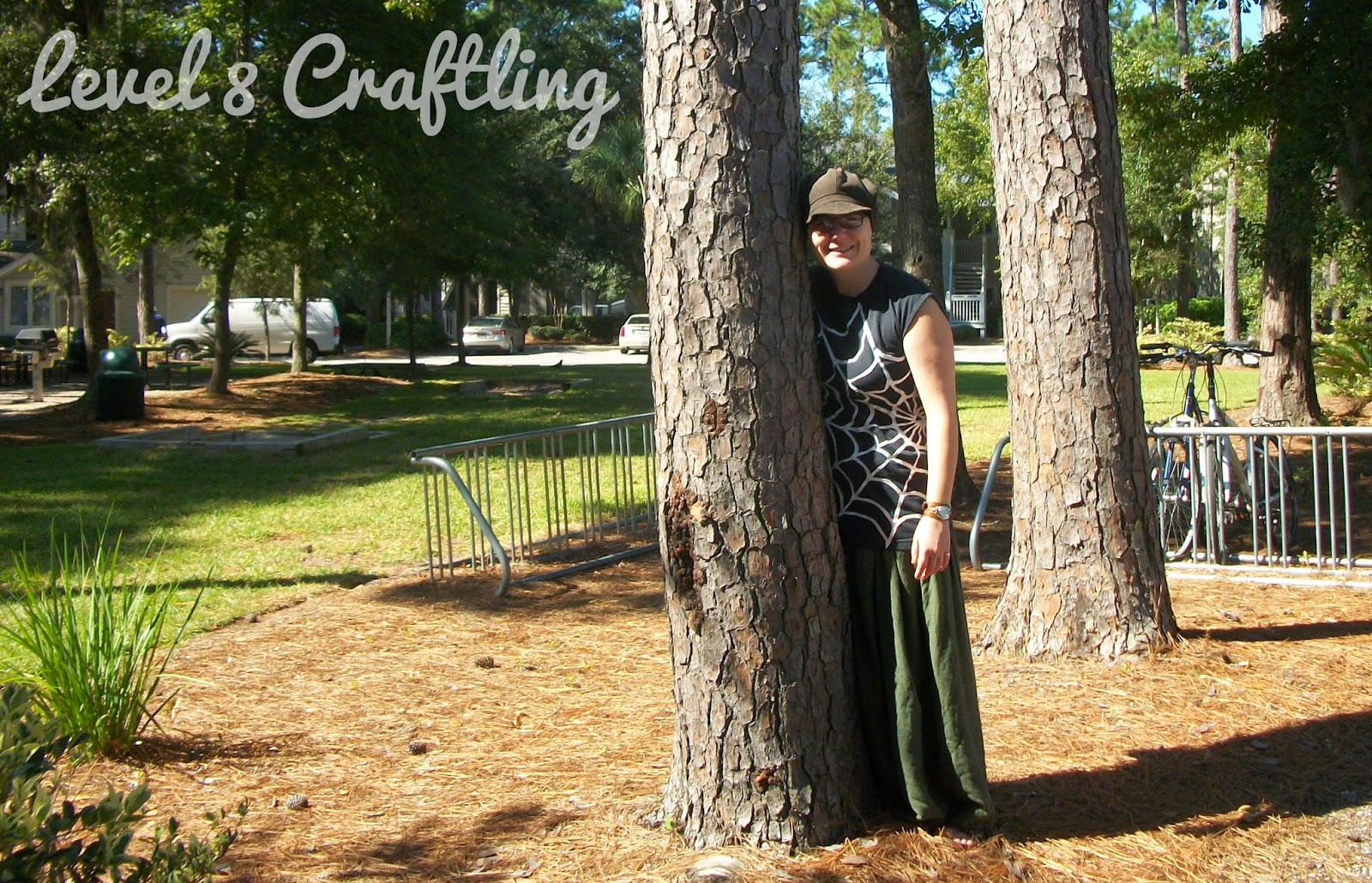 First, you need a black shirt, and a white shirt.

Start with the too-large black shirt

Once you have a black shirt to work with, you also need a large white shirt.

Cut open the white shirt so that you have the largest canvas with no seams: Cut off the sleeves (removing the seams), neckband, and hem, and then cut up one side and along one shoulder, so that the fabric will open flat.

Put your black shirt on your dress form (or a willing model), and drape the white tshirt fabric over it.  Aim for the center of the white fabric to be on a side seam of the shirt – this is where the middle of web sits.  Once your fabric is roughly pinned in place, draw the spiderweb onto the fabric with chalk.

After you have it marked, cut out all the holes in the web.  Yes, this does take forever.  Use a pair of very small sharp, pointy scissors, like thread snippers – they will more easily pierce the fabric to create the holes. 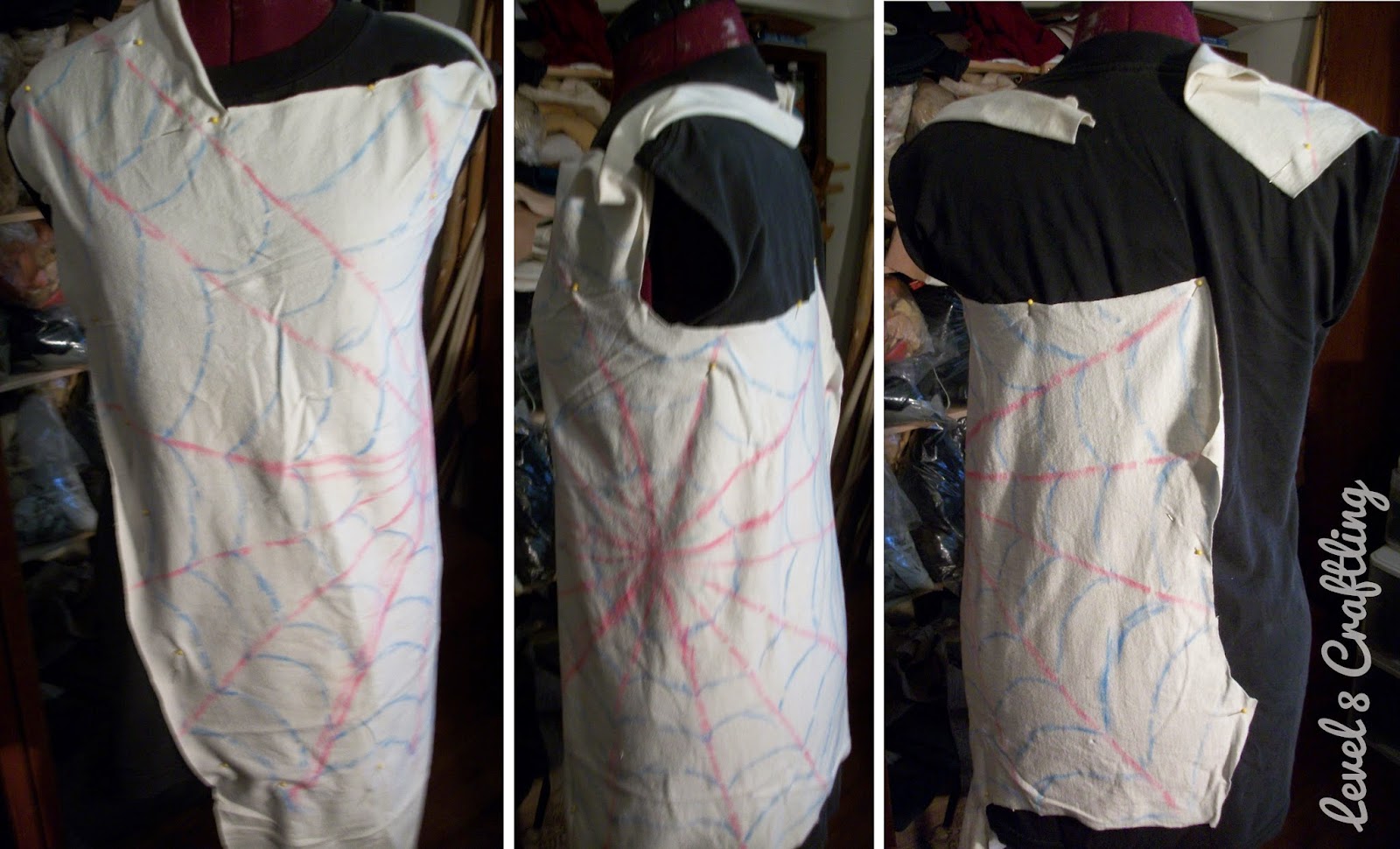 Before sewing the web to the shirt, gently hand-wash the white webbing to remove the chalk.  Normally chalk comes off in the wash, but you don’t want any of it to get caught underneath the thread and not come out.  You can wash it in the sink with a little laundry detergent, gently swishing it around and then letting it soak for an hour.  Hang it up to fully dry before sewing it to the shirt.

Sew the web to the shirt

Use white thread and a simple zigzag stitch to sew the white web to the black shirt.

Sew down the radiating lines

Sew the outer edge of the web 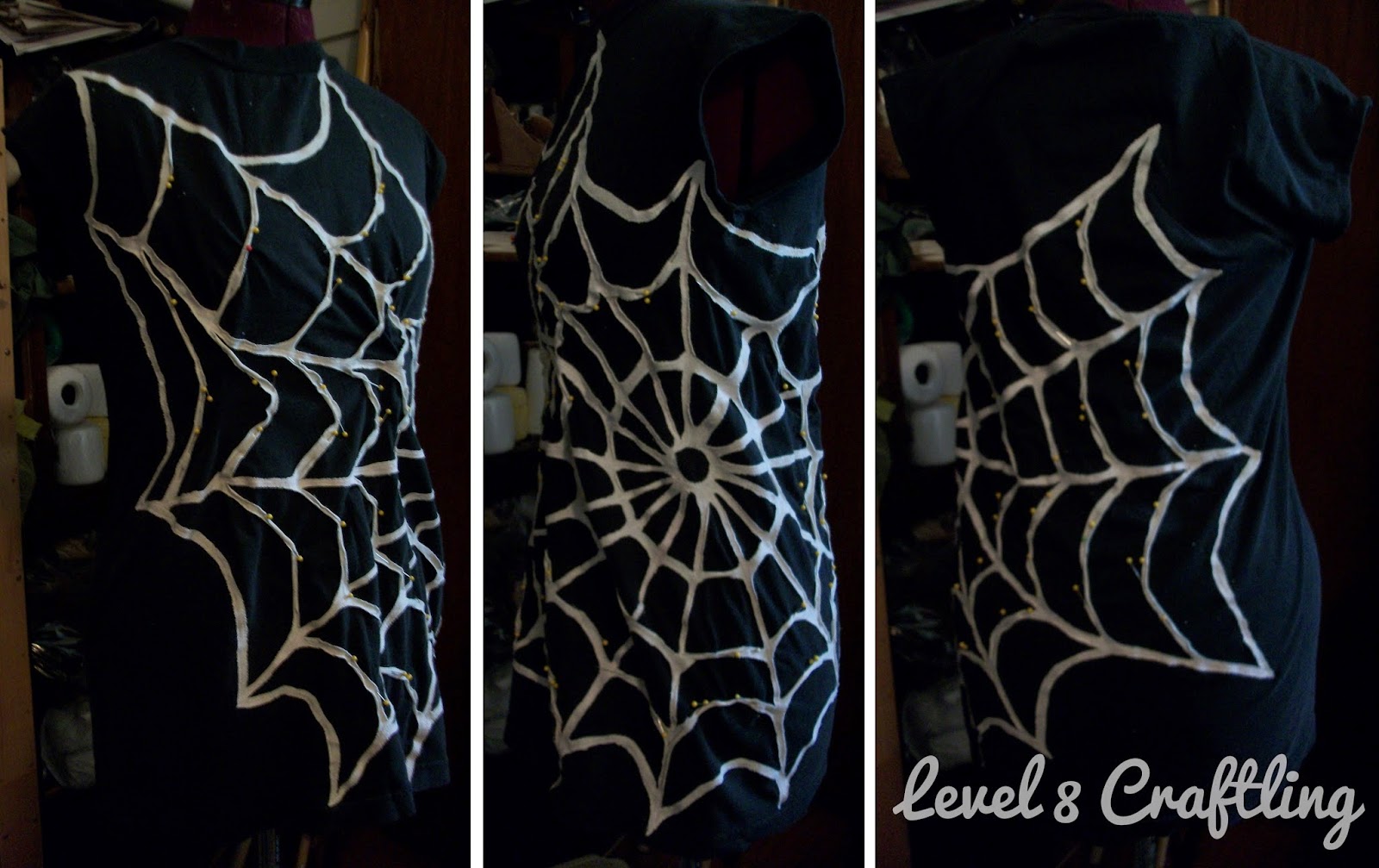 It takes a long time to sew all those edges down, but it looks amazing when it’s finished!  By taking the time to sew along each edge, it won’t unravel in the wash and come apart.

Here is what the inside of the shirt looks like!  You can clearly see all the lines that were sewn.  If you’re looking for a quicker version of this shirt, perhaps try just sewing the white lines directly on the black shirt. 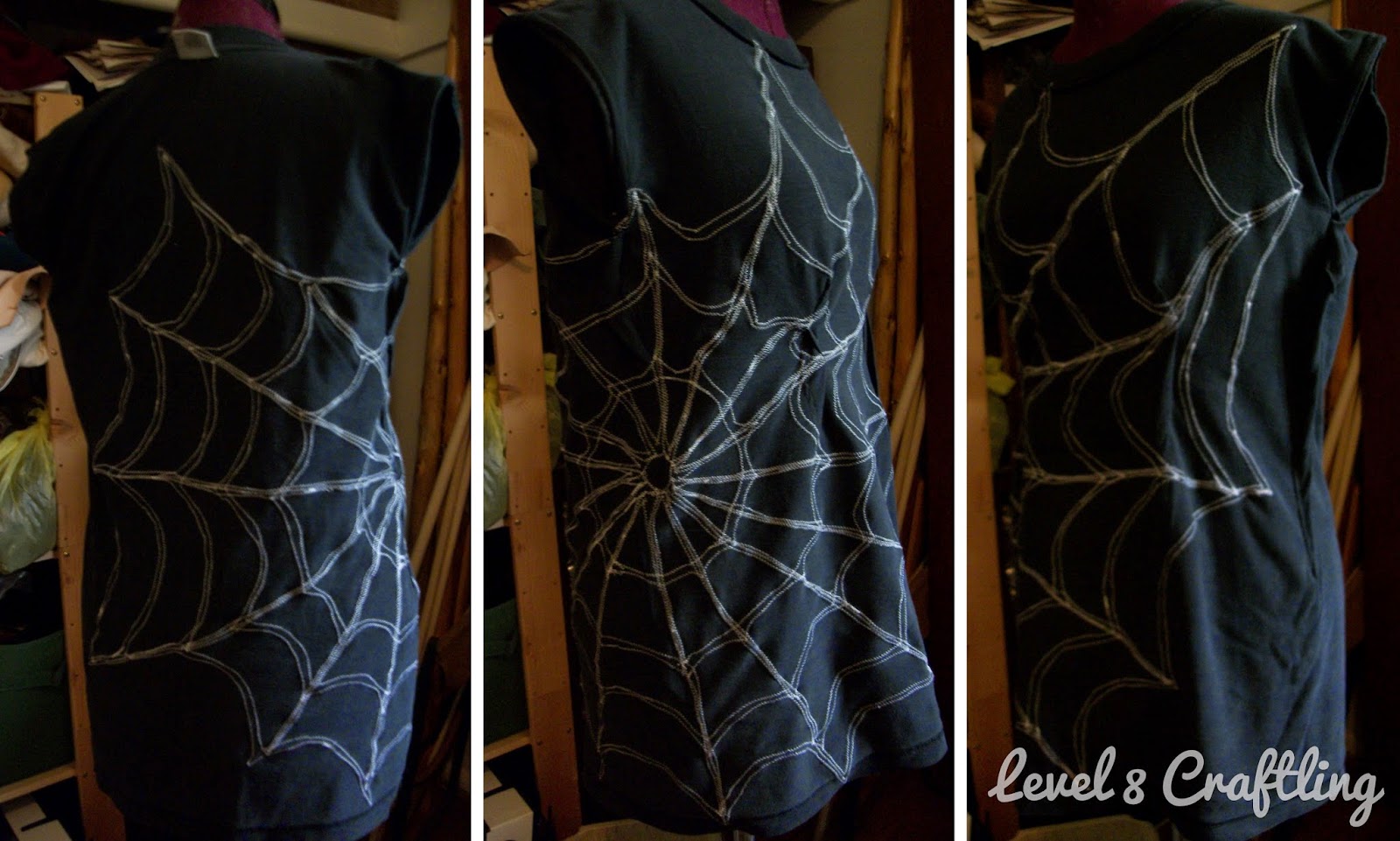 Almost done!  The shirt might have some odd puckering problems now.  The main problem mine had was in the exact center of the web – it stuck out, because all of the stitching made it a little stiff. 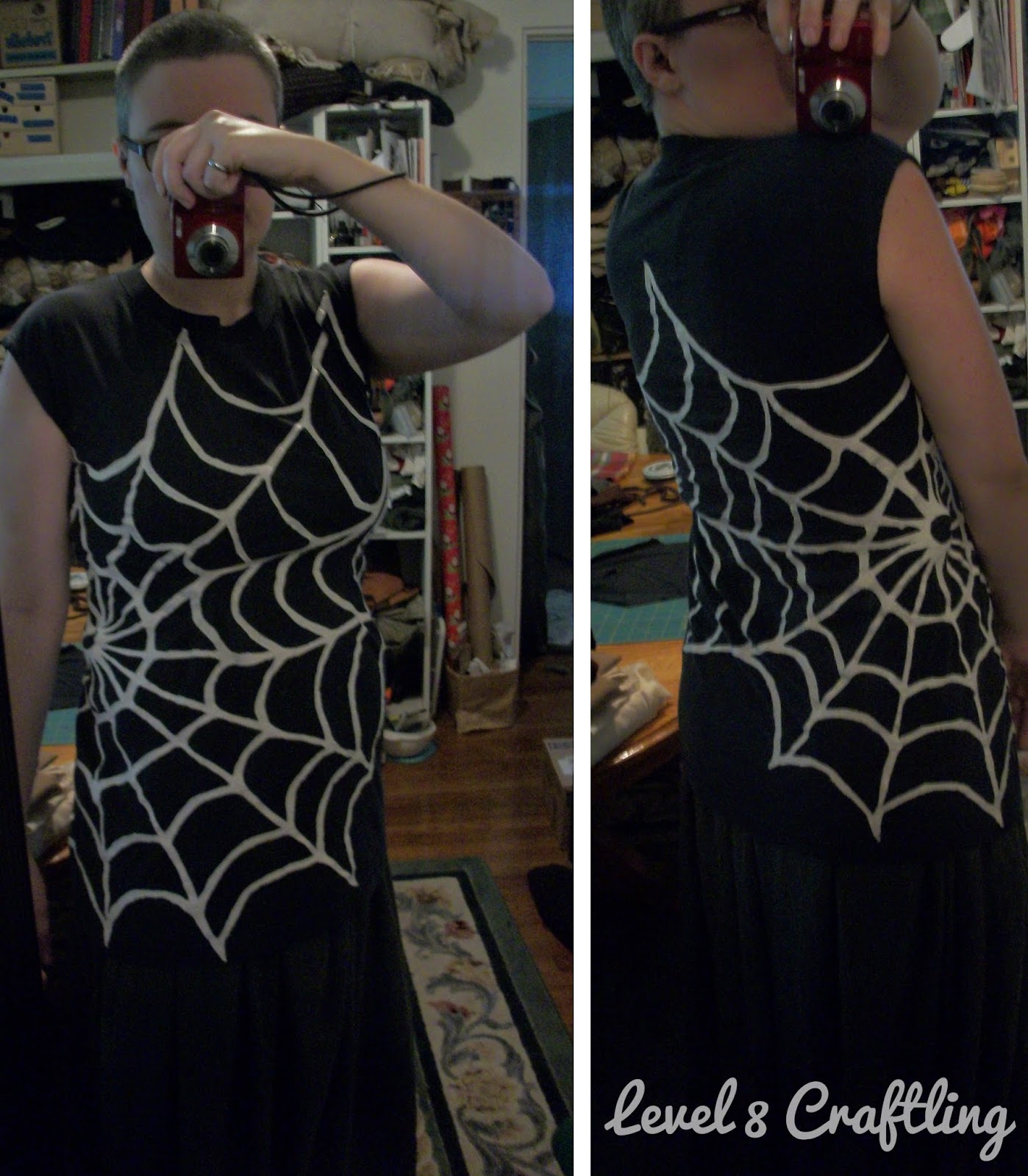 I solved this puckering problem by cinching the center of the web and hand-sewing it with black thread.  The center just looks a little smaller than it used to, unless you get very close to it and notice the black stitches in the middle.

After solving any potential puckering problems, the spiderweb shirt shirt is done! 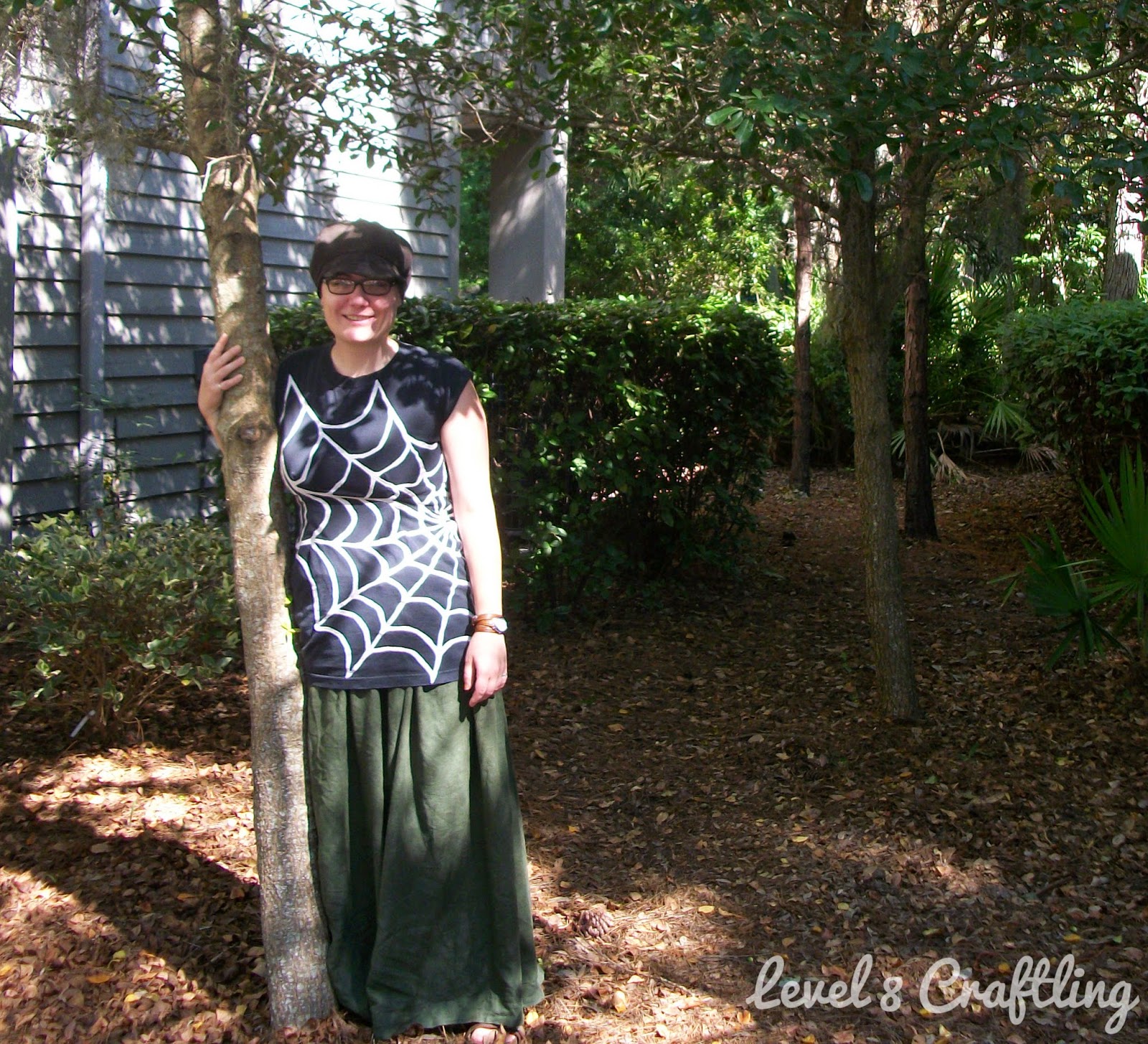 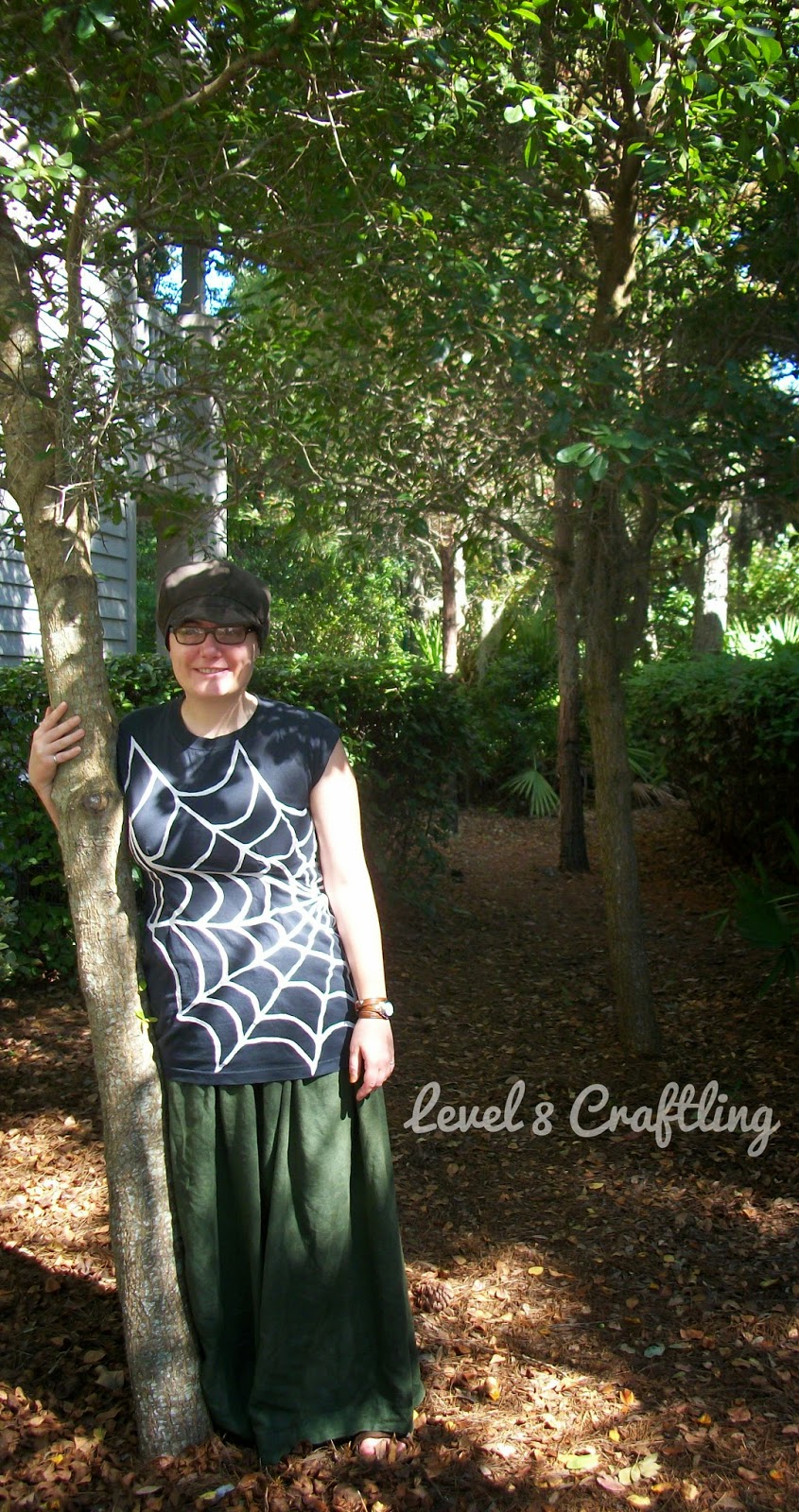 Have fun impressing your friends at a Halloween party in your new shirt!  Please send me photos if you end up making this – I’ll share them on the blog!  ~Kell