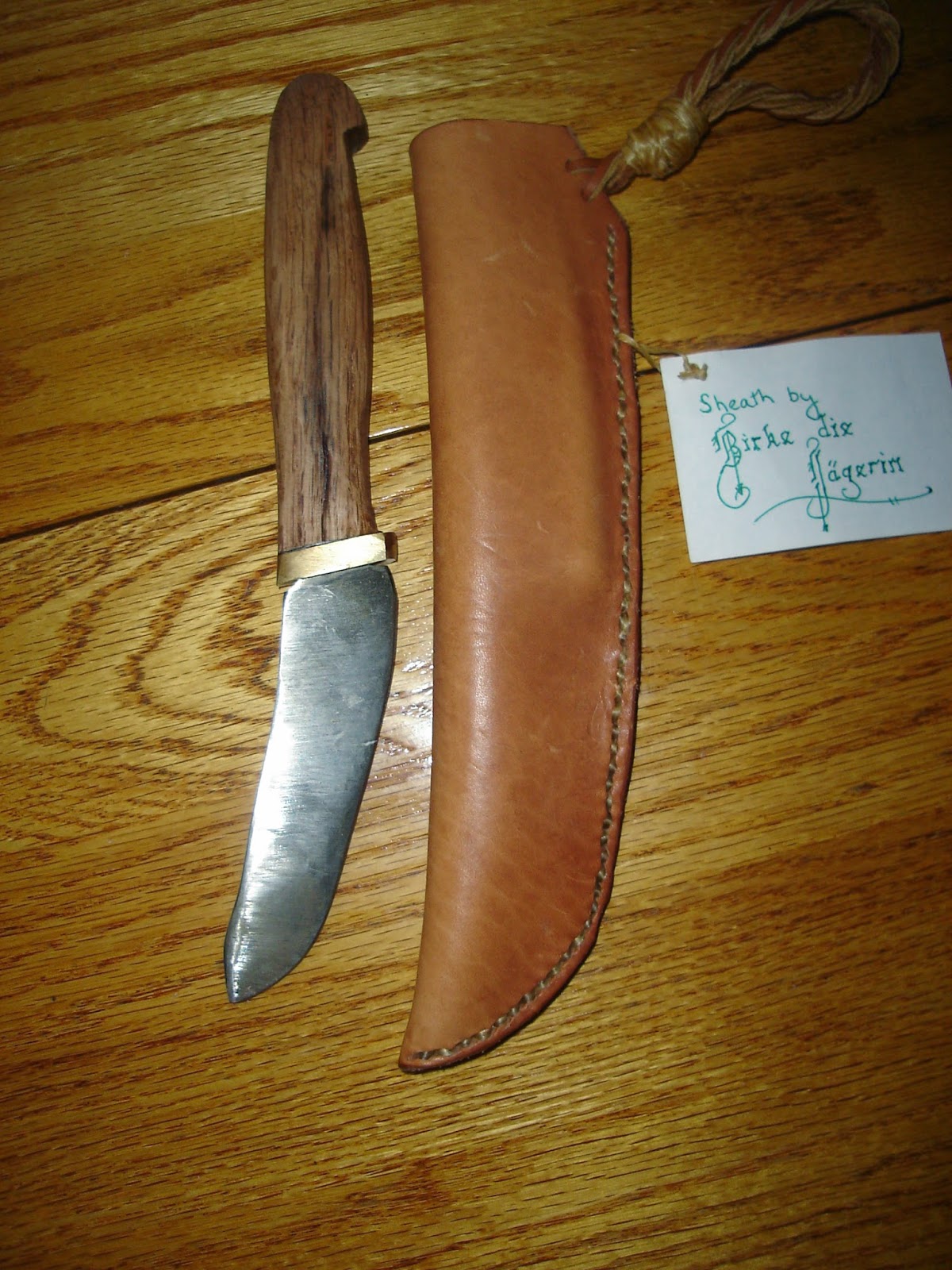 Here is a custom leather knife sheath I made as a prize for Grand Tournament, an SCA event last November.  The knife was made by another accomplished leatherworker and blacksmith of our Barony, who asked me to make the sheath as part of a joint prize. 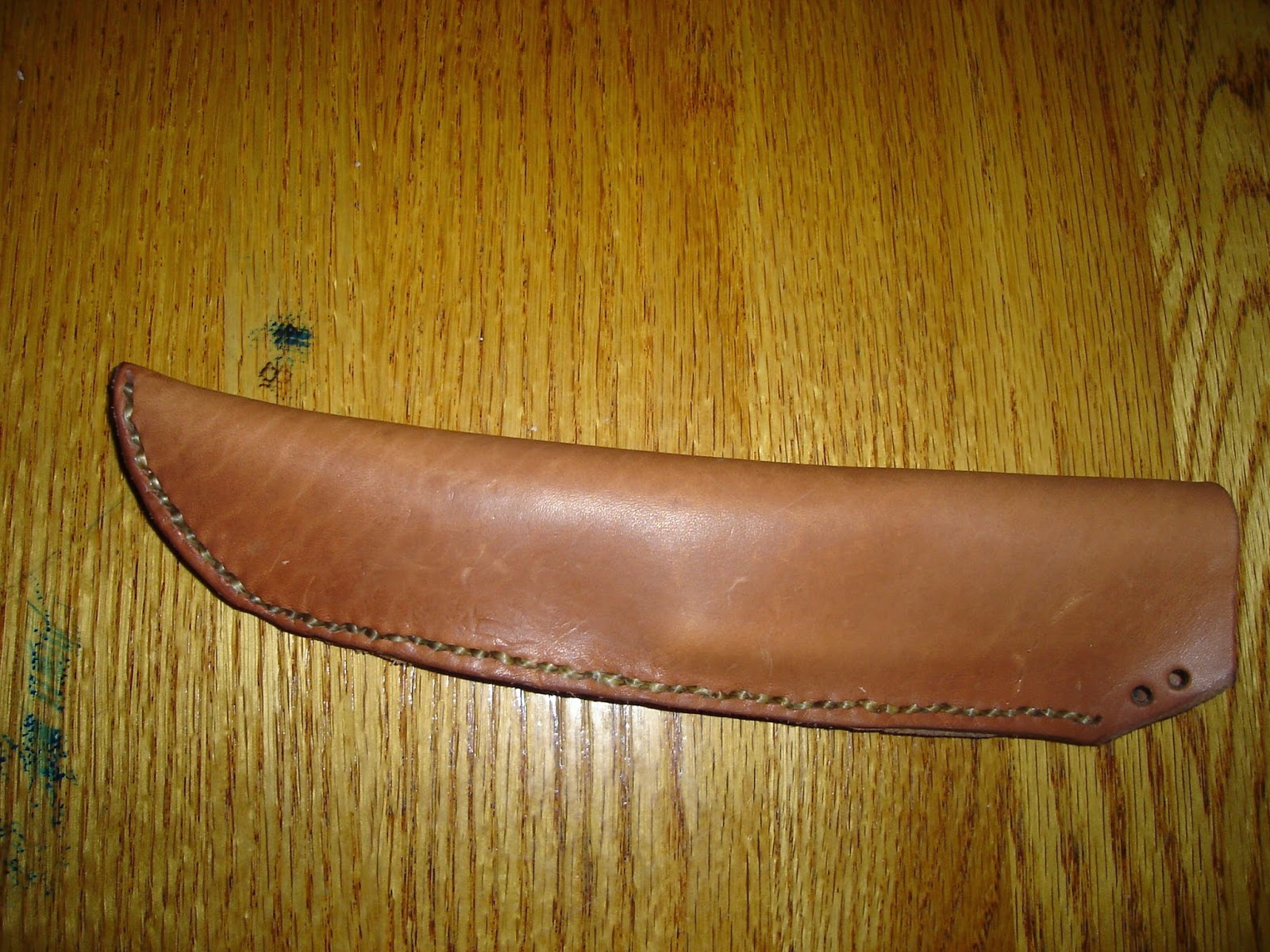 I started by thoroughly soaking the leather in water, getting it soft and stretchy.  I then stretched it over the knife, and marked with a pencil where to cut the edges.  The outline cut out, I pounded stitching holes in with a stitch punch (similar to this) and laced it tight with saddle stitch. 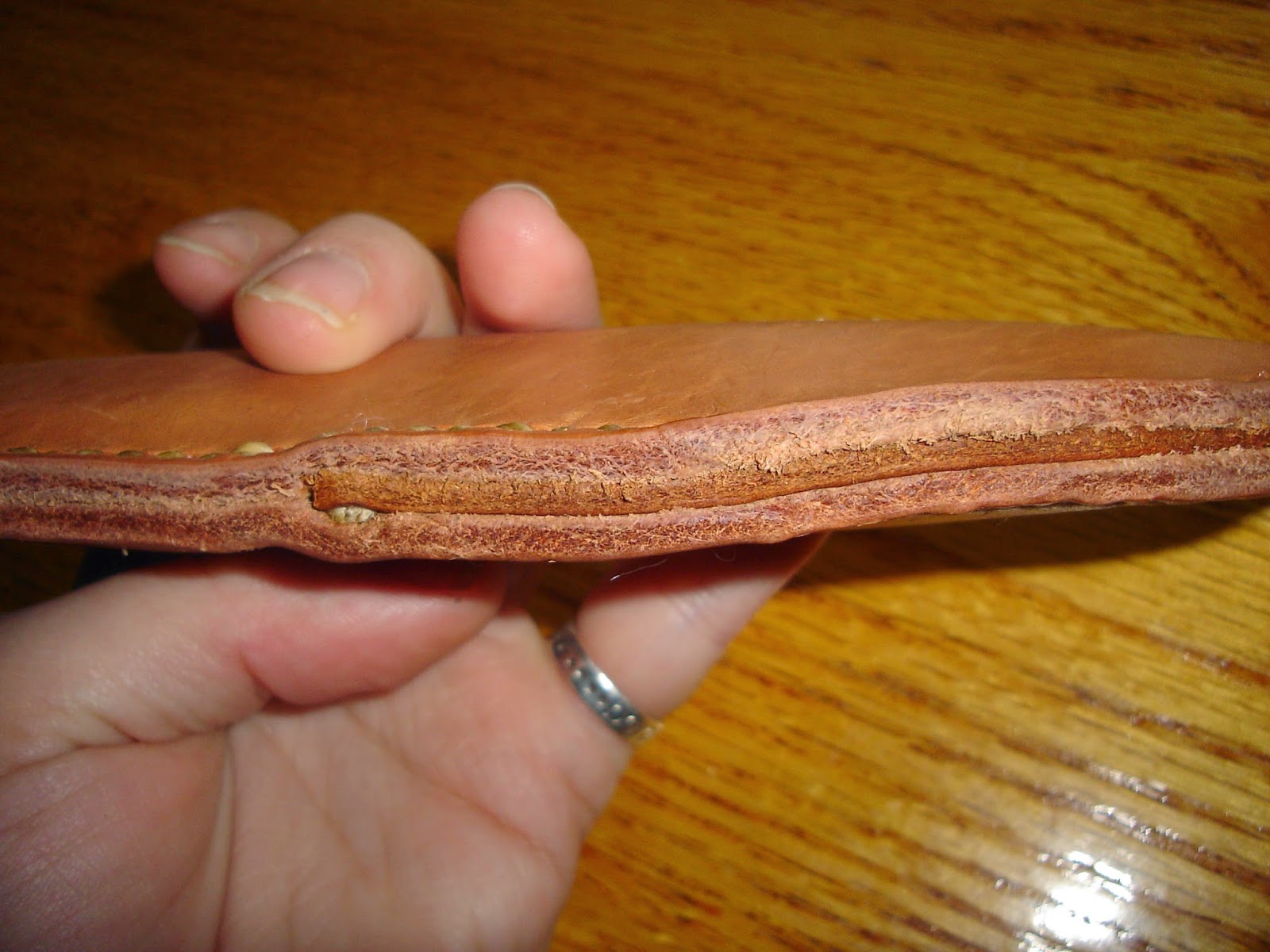 I sewed an extra sliver of leather in the bottom half of the knife, where the blade rests.  This is to help prevent the knife from cutting through the stitches over time.

After stitching, I slid the knife into the sheath.  The leather is still really wet and stretchy at this point, and the knife is fit very snugly in the sheath.  As it dries, the leather shrinks and forms itself permanently to the shape of the knife.  This makes the fit very tight – the knife doesn’t need a tie on it to keep it in, as you have to give it a good tug to make the sheath release it.  The only downside to this is that it rusts the blade, so you need to re-polish the knife after the leather is dry. 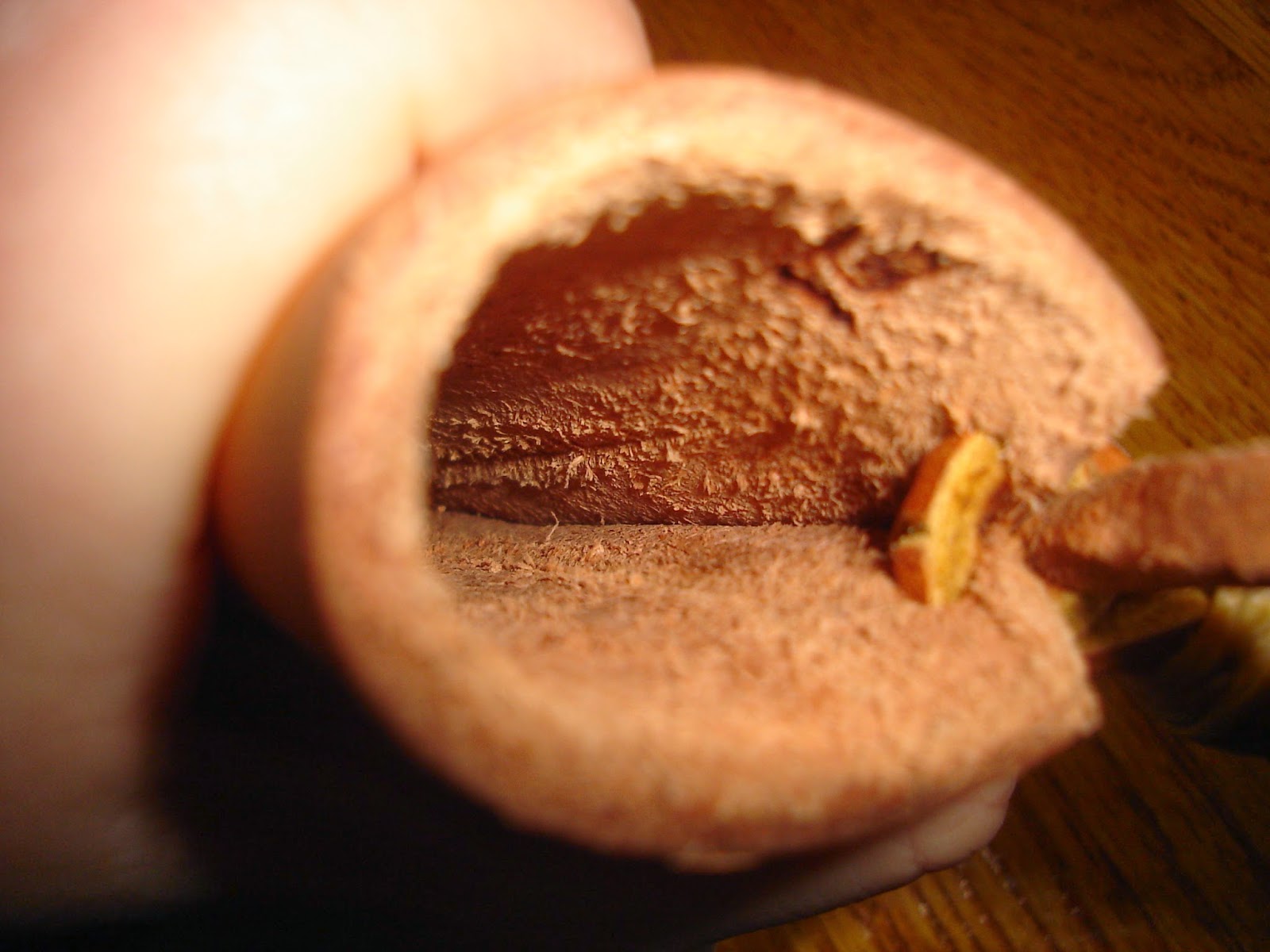 I made the handle by braiding leather thongs through two holes in the top of the sheath.  As you can see in the picture above, though, the knife ran along the lacing as it was sheathed, and it was already starting to cut through the lacing.  To prevent this, I took another small scrap of leather and superglued it over the lacing to protect it (see below).  It will take much longer for the knife to cut all the way through that (at which point, the loop handle would be remade). 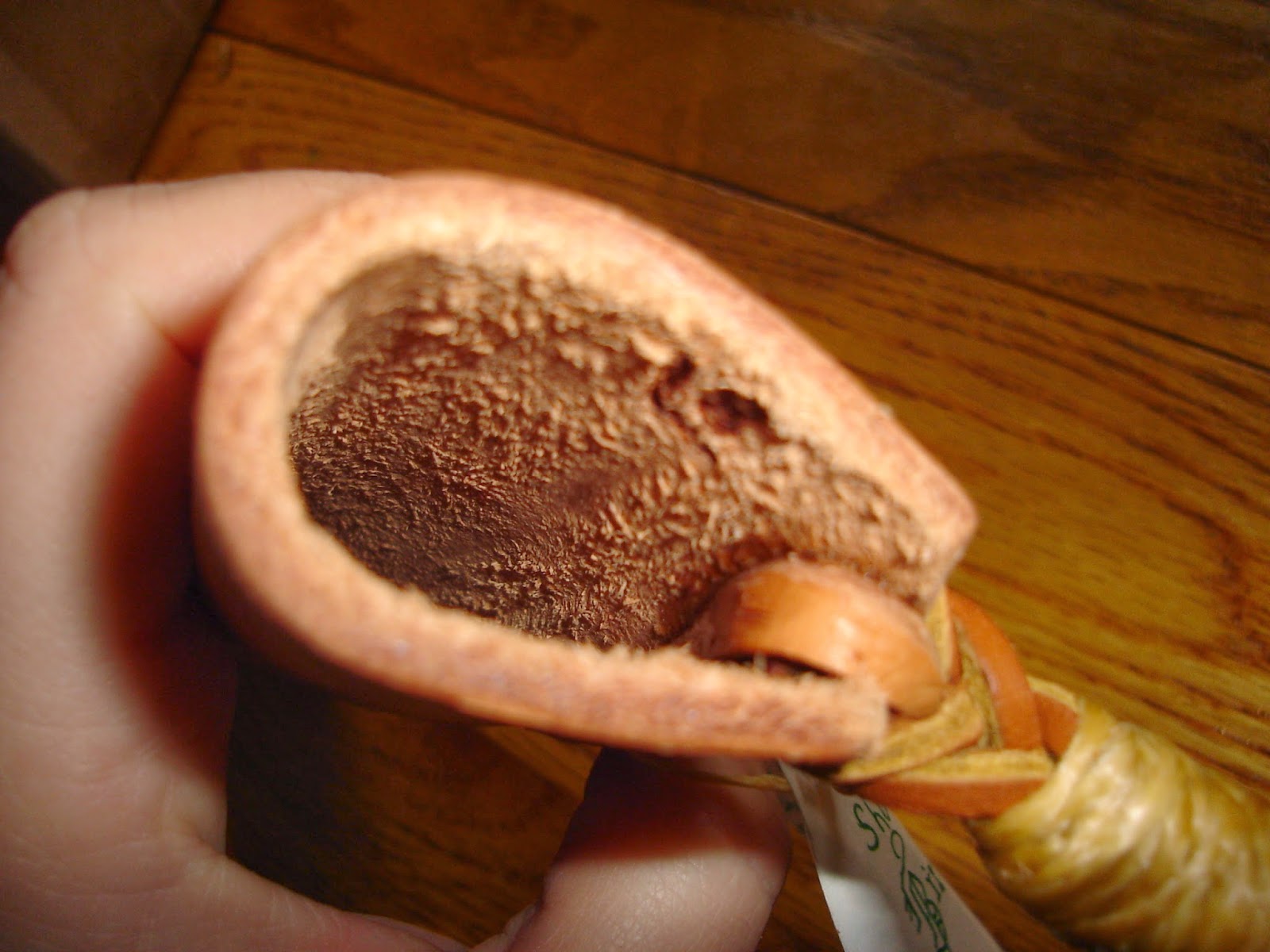 And hey – there’s the maker’s mark I showed you in my pyrography post!  Sneakily burned into the inside of the sheath.  (L8 is my maker’s mark for the former name of Birch and Briar, Level 8 Craftling.) 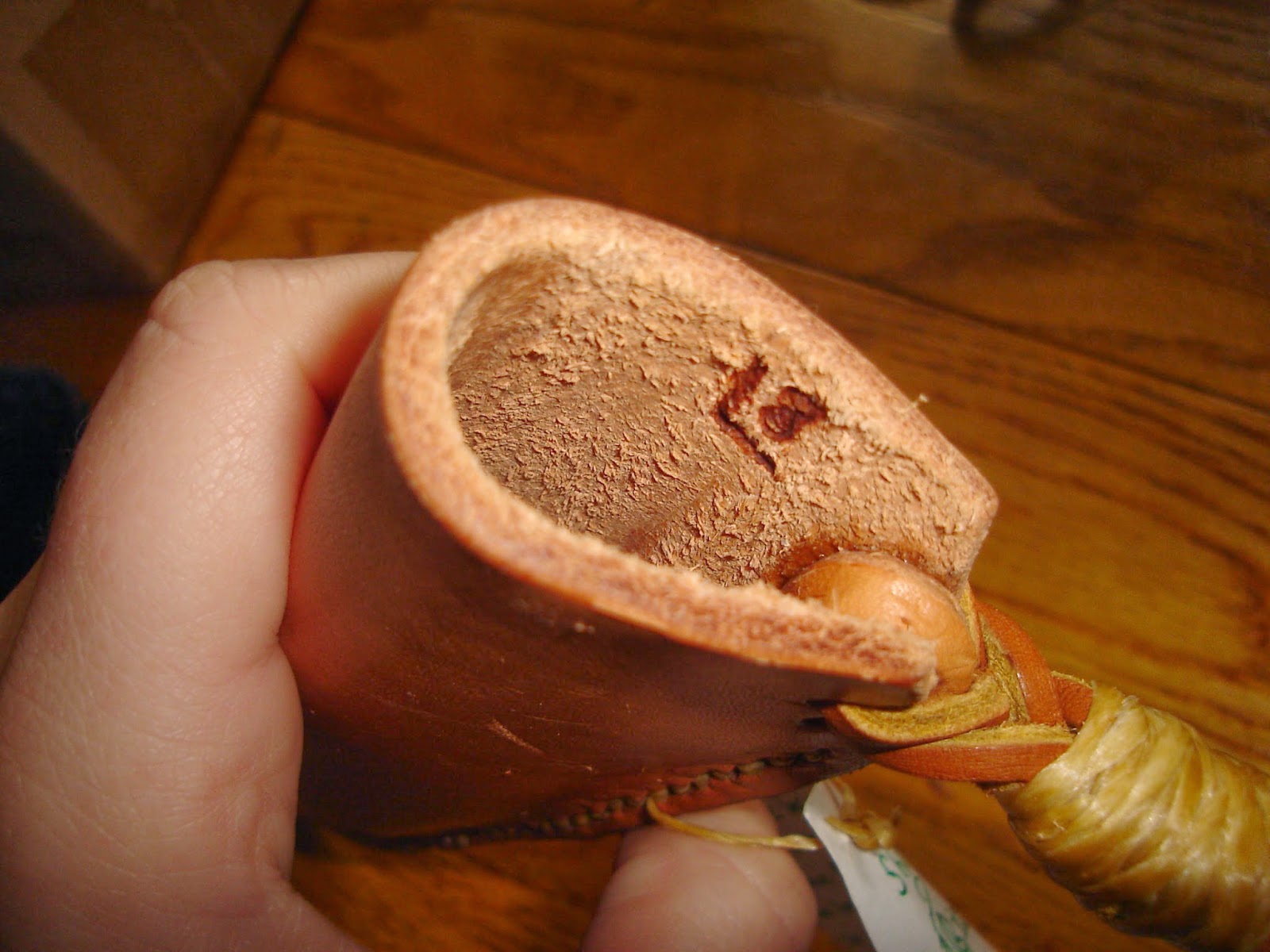 Here’s a close up of the the handle.  I braided the leather and then folded the braid back upon itself.  The end was sewn to beginning of the braid and wrapped with artificial sinew to give it a solid base with no ends showing. 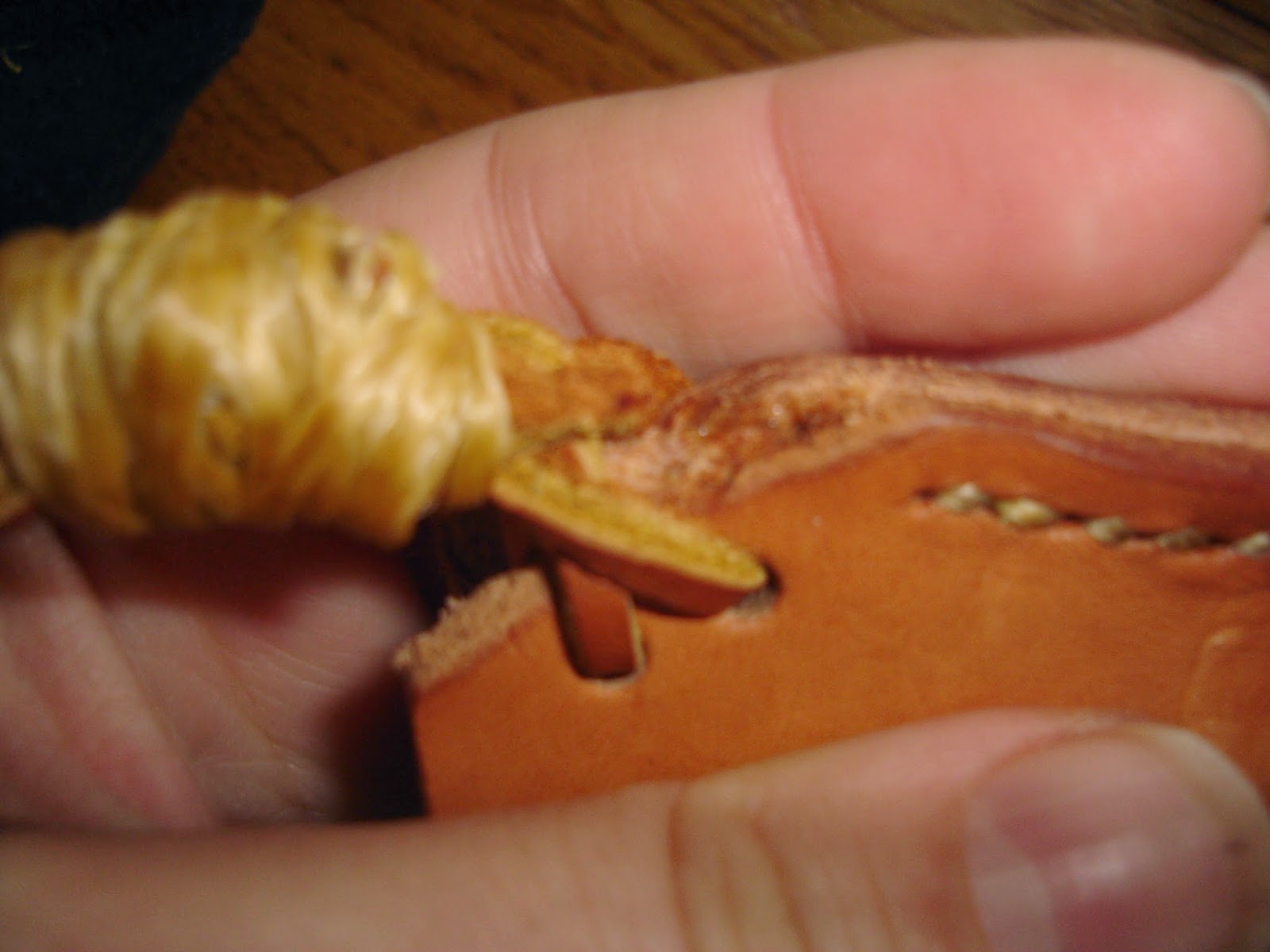 Finished knife sheath!  This took me a couple hours of cutting and sewing, along with shaping the edge with an edge slicker and making the loop handle.  I don’t remember precisely how long it took, but probably between 3 and 5 hours (not counting the time to dry the leather).  Next time I make a sheath, I will pay closer attention to how I am going to make the handle before I cut out the leather.  I don’t want to have the issue again of the blade potentially cutting through important lacing over time.  All in all, I’m proud of how it turned out.  It fits the knife better than a glove. 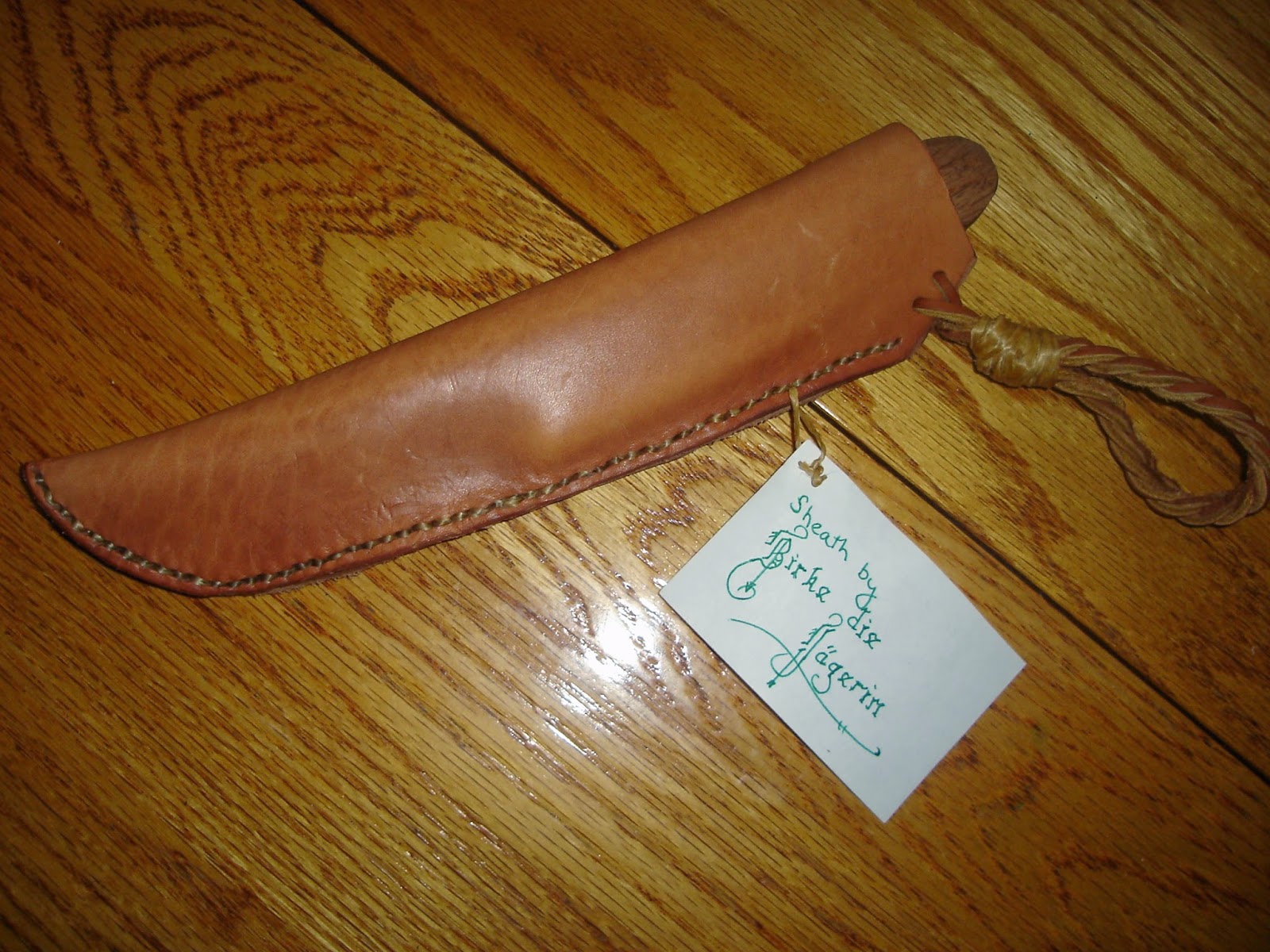