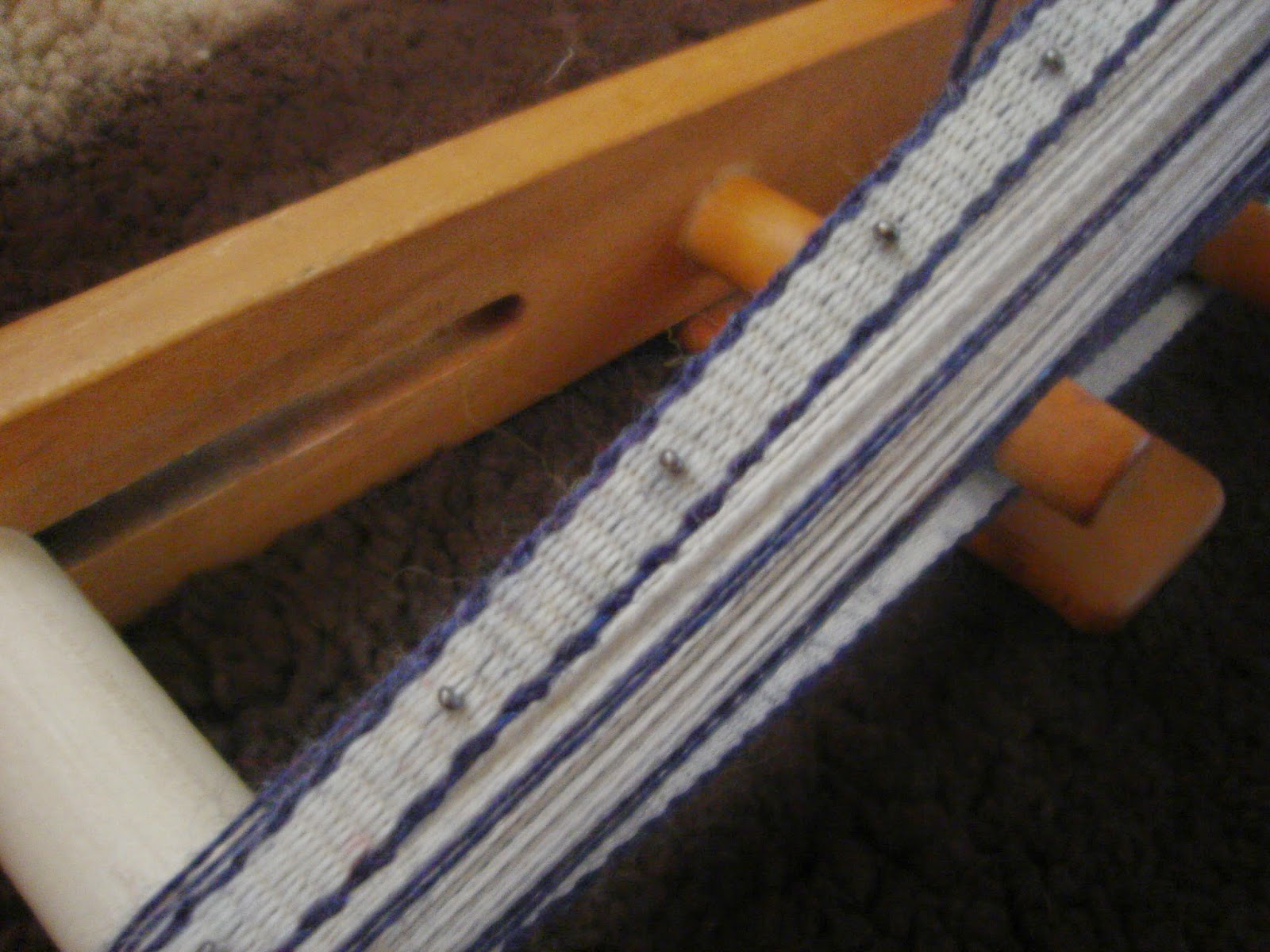 BEADS!  This is the first thing I’ve ever wanted to do with beads since I was a young child.  Well, that’s not quite true – the stone-inlayed leatherworking (which I need to do again!  Jeez, I’ve forgotten about that!) is technically made with giant stone beads – but this is the first thing I’ve ever wanted to with beads that read as actual beads.  Which is not to say that beading isn’t awesome; it just isn’t one of my crafts (which I’m fine with – finding a craft I don’t want to do is so rare that it’s actually kind of a relief that I don’t want to add more supplies to my crafting room).

Lady Bryn showed me her beaded inkle weaving at Northwoods Community College, by threading the beads on to their own warp thread.  Here’s my synopsis of her recommendations:

Don’t use beads that are too large/heavy, as they can snap the warp threads.  Leave slack in the warp thread with the beads, as it will need the extra length to go up and through the beads.  This is potentially a period way of making beaded designs – it’s impossible to tell from portraits whether the beads were hand-sewn to the garment, or woven into the trim.  Weaving them in like this also has the additional strength that if one beads breaks off, the others won’t all fall off, too, as the weave will secure them (unlike just sewing them to the gown with a long running stitch, for example).

Now I’ve tried this!  It’s really quite easy and fun, and the results are lovely.  I did a simple inkle weave, adding a bead every 10th pass of the shuttle.

The seed beads that I got from Noelle were too small to fit onto my thread, so I put them onto some beading thread that Fujinami gave me instead.  The beading thread was the same color as the surrounding threads (white), and you can’t tell it’s there at all.  It doesn’t take the place of any of the regular inkle threads, but is simple an extra non-heddle thread in the center of the other warp threads, not tied in continuous warping (but only tied to itself).  You definitely want to warp them on a non-heddle thread – getting the beads through the heddle string would’ve been a pain in the tuchus.  You can see the beads strung on some beading thread (see how much thinner that strand is?  It’s like very thin, slightly stretchy dental floss) in the picture below. 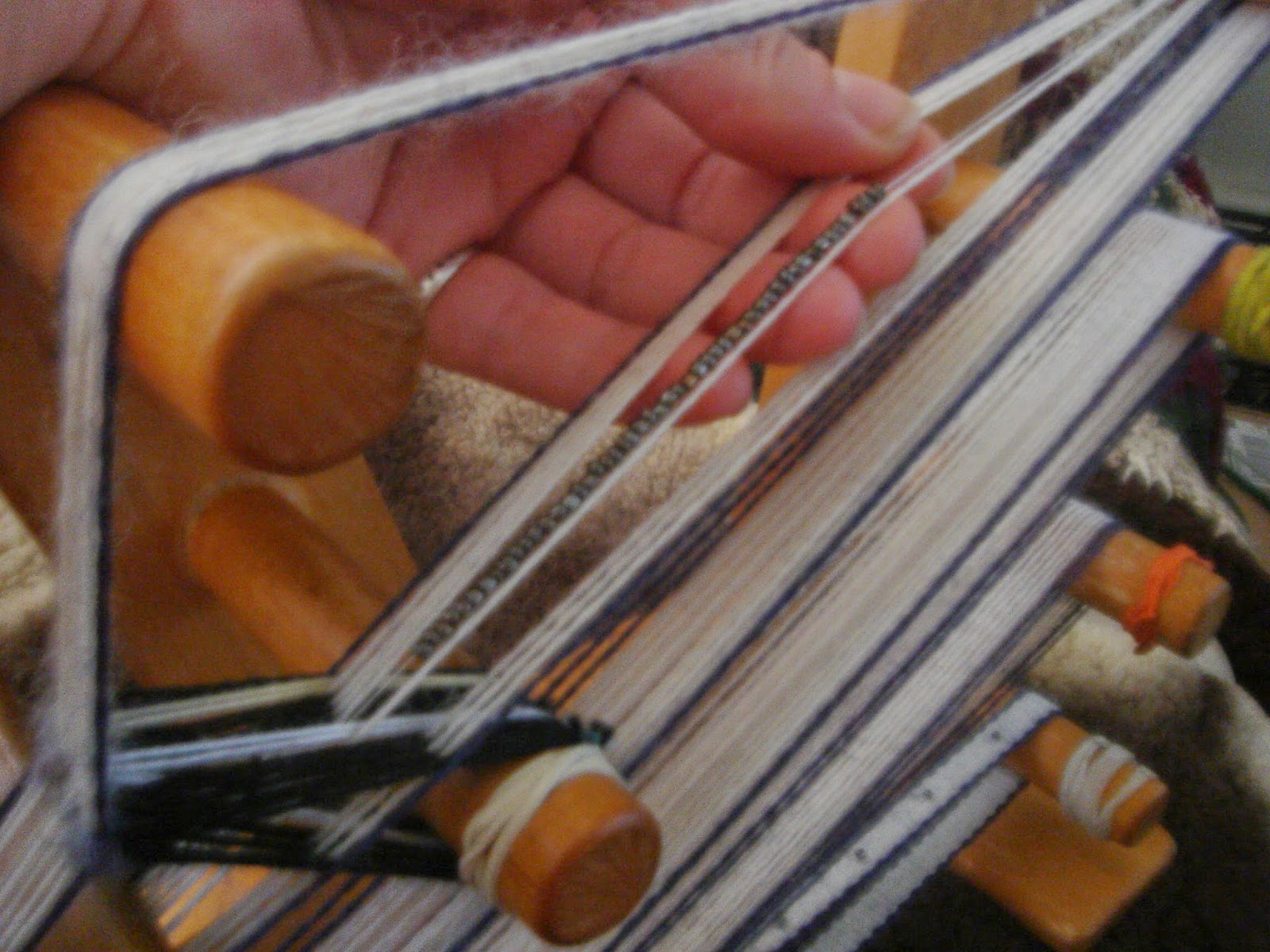 A couple other thoughts:

Overall, this is a really easy addition to inkle weaving that looks amazing.  I’m looking forward to trying to mix pick-up weaving with some beaded designs, to see what kind of pretty things I can make.  I bet I’m going to get more ooohs and aaaahs out of people at events again.  =D  I love that people like my weaving.  I’ve had two people I consider to be master weavers tell me my weaving is amazing, and it still makes me glow when I think about it.  ~Kell