Here are a couple cat toys I made last June. I made a companion cube out of felt and embroidery thread. The nice thing about the companion cube is that it’s large enough that it doesn’t get lost under the couch, like so many of the cat toys. It still gets lost, but it also turns up every once in a while. 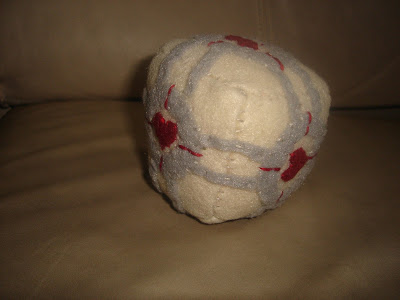 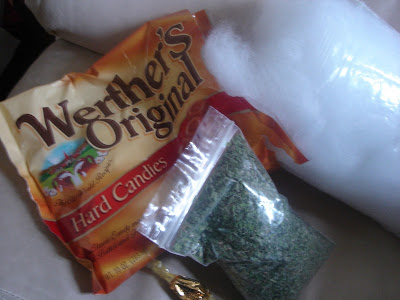 I also made a dorky little mouse from some fabric scraps, with the same filling. 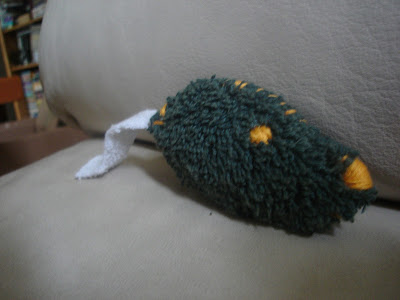 And now for the cute pictures of baby Gnome playing with the companion cube. 🙂 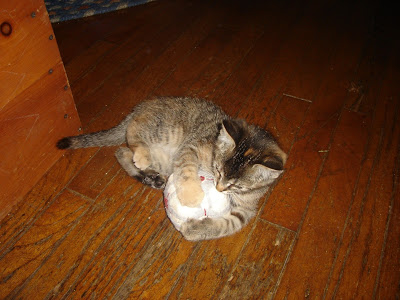 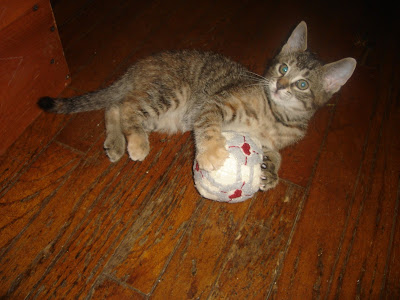